Not all of the last week has been alienating (see below).  In fact there have been some true celebrations. 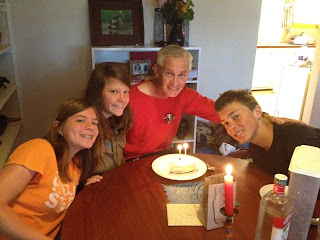 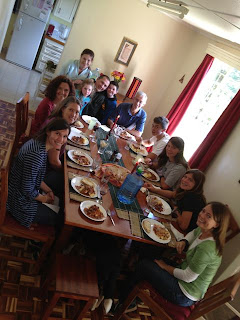 First and foremost, Scott's Birthday.  Another year, another dozen roles and abilities.  His capacity for being diversely gifted and wise in doctoring, fixing, mentoring, scoring goals, cooking, creating (won the WHM Christmas photo contest too!), building, writing, organizing, fixing again, saving, listening, deciding . . . is exceeded only by his capacity for putting up with me and Africa and the whole mess of life. 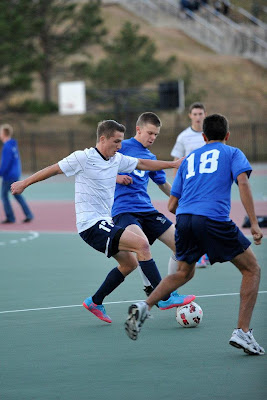 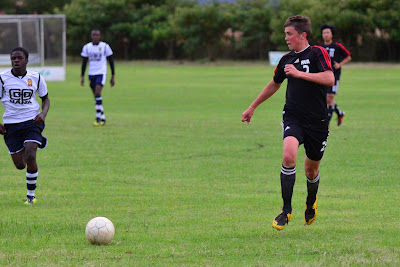 Luke's Football Club of Yale University went to finals in the Ivy League tournament, won their conference, and placed respectably in regionals.  He had a great season of friendship and football, the essential outlet for Yale survival.  Caleb's Thunderbird Squadron 27 intramural team also went to finals (40 squadrons) at the US Air Force Academy.  Another essential outlet for survival.  Jack's RVA Varsity Football team also went to finals, their first defeat in a great season. So all three boys enjoyed solid season finishes in the #2 position, all as wings mostly, fast, running, defense, shots, and camaraderie.  And in the family theme, Acacia's JV basketball also finished 2nd, losing by the narrowest of margins in the finals.  And Julia's tennis team made it to semi-finals, so I guess they were 3rd or 4th in the league.  All these sports have been great fun to watch and cheer (from afar for Luke and Caleb, but field/courtside for the younger ones).  I'm grateful to coaches.  Grateful for exercise and confidence and opportunity.  And on pins and needles as the RVA three go through tryouts for the next season, I believe/help my unbelief, trying not to be the mother who asks for right-hand-seats-glory for her kids (Matt 20:21) (others seem to pray for this and then their kid scores the goal), but to trust that the teams will prove to be blessings to my own and to others.  But I can't help hoping the kid who got cut last year won't have that happen again.  So if you have more faith than I, pray for that. 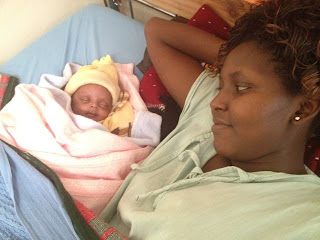 And lastly, on the theme of birthdays, parenting, and victories, here is baby L on the day she was discharged, snuggling up with a very happy Mom.  The next ICU-save baby, baby F, also made it off the ventilator and back down to the nursery this week.  Thankful for life being stronger than death in these two.

Add to all that an unexpected gift of a visit from Karen, walks with friends including neighbor Sheri who had been traveling and is back, a movie with Bethany, days of sunshine and dry clothes on the line, cream cheese frosting as a rare grocery bounty in town, huevos rancheros at Java house after the alien debacle, prayer with fellow moms, and an all-hospital all-out party to celebrate the new Maternal and Child Health (now called Family Health) clinic, the new about-to-be-turned-on CT scanner, the new palliative care building, and the cornerstone-laying for the new BKKH paediatric wing . . . well it has been a celebratory week.

Thankful for the moments that give a glimpse of belonging and thriving, even if not all is victorious in this fallen world.

Just want you to know that your lives have been an inspiration to us. We only now found out you have a blog! Jennifer, your writing is so creative and full of deep truth that resonates with us. Our hearts are beating now for Africa as God seems to be opening windows and doors in that direction. We look forward to possibilities. Your story and family has been a constant source of inspiration in the great cloud of witnesses.