The Poor Have Good News

For about 30 minutes out of this non-stop day, I sat with a cup of chai and three Kenyan colleagues for a meeting.  We talked about converting containers to housing, about chaplaincy, about funding for surgeries, about staffing changes and construction deadlines. But the highlight was listening to one, a neighbor and friend who has spent two decades in administration at Kijabe and BKKH, wax eloquent about the mission of this hospital.

We don't need to be another private hospital for Kenyans with jobs, he said.  Those people can afford the upscale institutions in the city.  Kijabe should be known instead as a place where any person, no matter how poor, can come for care.  Yes, we will talk to you and work around constraints on your resources and ours.  But no one will be turned away.  This is the way Jesus would work in our world, and this is how our world now sees Jesus. 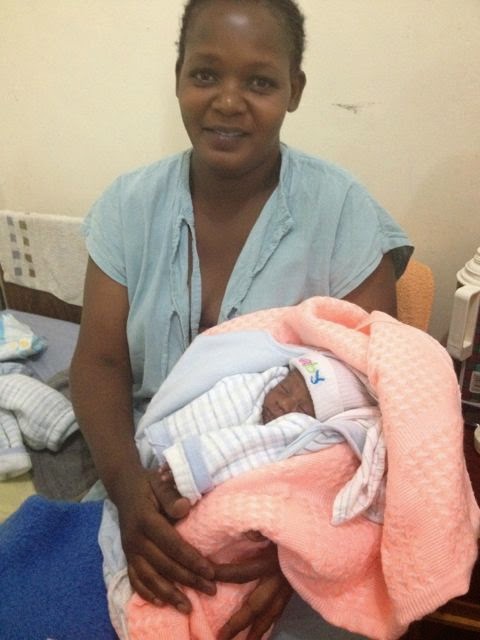 And now as midnight approaches and I think over the last few hours, I feel some satisfaction that his vision is reality.  A mom, pictured above, took home a surviving baby after losing three.  It was a long course, touch-and-go, to get this preemie to make it.  A twelve-year-old boy falls out of a tree in Somalia, and after three months of pain, transport, fear, borders, paperwork, suffering, he finally rolls into our casualty on a dark night with both legs broken and displaced.  Along with a one-month-old also from Somalia, wrapped in a thin blanket, cool, with her stoic, thin mother.  She has a neural tube defect, and will be operated on by our neurosurgeons.  Next to them, a Kenyan 2 year old with sickle cell disease and severe anemia.  Which would be enough of a hurdle to survival, only he has also suffered fractures from child abuse, and his mother murdered the abuser in front of him, so now he's in an orphanage.  The caretaker brought him along with another little boy, presumed around 1 year old, abandoned and malnourished, with rickets and a cough.  Across the aisle a 3 year old with cerebral palsy, a frazzled mother, anxious.  And I break off from these to run back to nursery and see a one-week-old who thankfully could not afford the poor care he was receiving elsewhere in Nairobi so abandoned ship and showed up in the afternoon in kidney failure, dehydrated, with fever and seizures and jaundice.  Who is only slightly sicker than an earlier admission who has a viral crud and severe respiratory distress, and oh yes by the way also has spina bifida and malnutrition.  Seven admissions this afternoon/evening, and every single one is either a refugee, an orphan, a child with a severe birth defect, or too poor to afford care in another hospital. 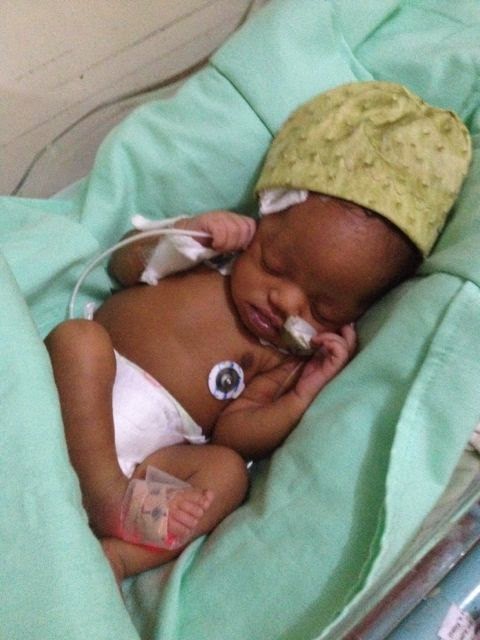 It is quite possible that not all these children will survive.  A little girl I admitted on my last call died over the weekend.  She had a typically lethal genetic defect in DNA repair, so that something as simple as sunlight caused her to have early skin cancer.  She was only two and came with a foul ulcer that had not been helped at other hospitals.  I have been in Africa over 20 years, but I almost fell over when I took off her hat and saw the open wound crawling with maggots that squirmed to burrow under the edges of her skin.  But I had to look, and to care, and even though her condition was probably beyond helping, I knew that we could at least give her parents accurate answers and the dignity of knowing they had tried.  The sadness of her death is tempered by the assurance she is no longer suffering.

So tonight I believe the dream of Kijabe is being realized.  The poor find their good news in caring people, in adequate medicine, in careful monitoring and affordable operations.  In open doors.  In offerings of hope, and even when hope is elusive, in the quiet support of compassion.
Posted by DrsMyhre at 1:32 PM

Ever thankful for that hospital...standing in the gap...in your overwhelming times may you remember this. And again, you are a gifted writer. I hope you know that still.

Praying and crying over these babies and parents! Praying the Lord gives resources beyond what you can imagine and wisdom\knowledge beyond your experience!

This post makes me want to come over and help out!