Polls in Kenya closed 22 hours ago.  And results have been flowing in, live.  The IEBC, the nonpartisan agency that manages the election, has a live-feed web site.  As polling stations report their data, the tallies climb.  At this moment, 39 thousand of the 40 thousand sites have reported, and the incumbent Uhuru Kenyatta is ahead with 54% of the vote.  He also must win at least 25% of the vote in 24 out of 47 counties, but the data is not geographically disaggregated so that's not clear.  Though the live feed is reassuring, the final declaration will not be official until the head of the IEBC confirms that all is in order. 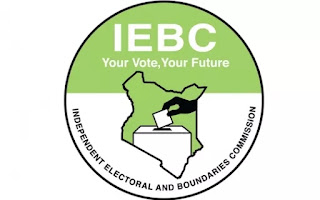 Not surprisingly, a few hours ago, the main opposition candidate who has 45% of the vote went live with a nationally televised press conference.  He alleges that when the head of IT for the IEBC was murdered a week ago, the murderers got his password and then used it to alter the electronically transmitted data.  He claims the numbers we are seeing are manufactured, and that he is the real winner, and called for protest which could easily turn violent.  People are clustered around TVs and listening to phones, shaking their heads, saying we have to wait and see what will happen. 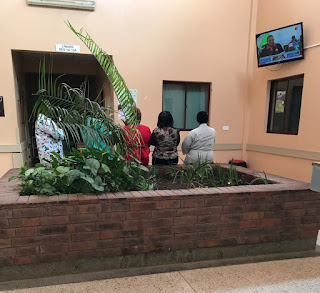 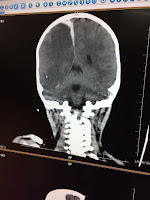 Meanwhile for the third day in a row, the hospital remains nominally open but with a limited work force.  The nurses were already on strike so we were operating at reduced capacity with temporary nurses.  I had one intern and my colleague pediatrician on Monday morning, but since mid-day Monday I've been working alone.  I thought I wouldn't mind, but it's been a rough couple days.  Monday evening I ended up back in the hospital because a child whom I suspected had been abused still had not had the scans she needed; thank God for Kijabe friends who agreed to take this little 19-month old with scratches and bite marks on her body.  I had to fight hard to get an ambulance after losing my battle to get them a head CT here.  As feared, she had evidence of bleeding inside her skull which could only have come from trauma.  Yesterday as I was struggling with an IV in an 800 gram preem who has been pricked and poked and shriveled for almost 3 weeks, the day nurse in the Newborn Unit slipped out.  There was no afternoon/evening nurse on duty it seems, and she was DONE.  I turned around to ask for help, and found I was alone in a room full of infants, with a needle in baby's neck, and no way to reach gauze or tape.  I could reach my phone and eventually someone came (who was an angel in disguise) but she left to her duties and I ended up babysitting until a nurse could be convinced to double up her post-partum ward OB duty with covering nursery.  In the meantime a mother of preemie twins had been sent home from a clinic in Mai Mahu even though the 33 week babies were less than 3 pounds each, and one died, so she came to Naivasha with the survivor wrapped in six layers of blankets.  I hadn't even had so much as a drink of water all day, so I went home around 4 only to be called back for a dehydrated infant who had been tragically, perhaps fatally (we will see) mismanaged by a private clinic in town where his mom turned for help because of the nursing strike.  He survived the night after fluids into his bone marrow, and is a little perkier today.  This morning however started tragically as I walked in and found the Paeds ward nurse doing CPR.  She hadn't had time to call, but this was the second baby to die within an hour.  Both had some form of encephalitis I think, with fevers, decreased consciousness, seizures, but both had been treated for about 5 days and seemed stable.  We think moms start to worry and want to feed the babies by mouth (though each had a tube for feeding) and then the seizing babies choke . . The first body was already wrapped up, and her mom had fainted on the floor, the second one I tried to revive for about ten minutes but she was long gone by then.  So two moms to pray with, hug, explain, listen, say sorry over and over, call relatives, fill out death forms, wring my hands, wonder what we could have done.  Even though the patients are few now, most are ICU-level sick.  It is humbling that even acting as primary intern-resident-attending-combined, I can't save them.  But I had to go on from there and see the other patients, write notes, draw blood, talk to families, order medications, and all the normal parts of the day. 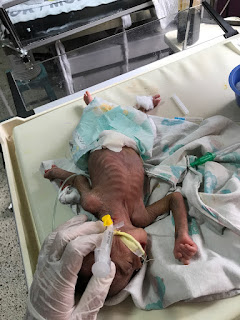 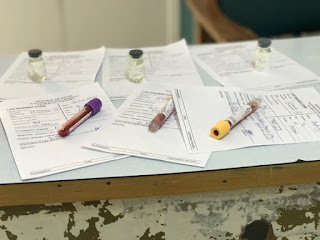 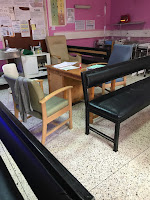 There is supposed to be a nurse in this picture 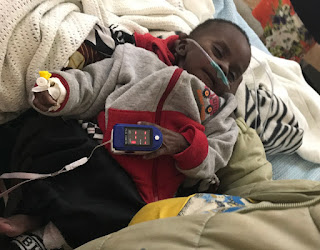 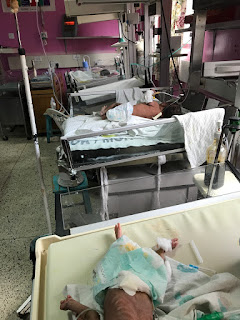 no one in this picture is listening to my call for help . . 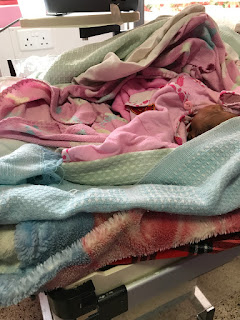 find the preem in the blankets . . 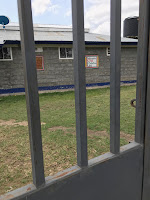 Then on the way home, a stop in the police station to file an official report of the abuse case, since the social worker is gone all week (she's working as an election-official too it seems).  I found the Child Protection Officer loading his rifle with ammunition, alongside another officer, which was pretty unsettling given the uncertainty that abounds.  He was professional and kind, and I do appreciate Kenya's attempt to investigate and protect children.  After that unpleasant duty, home to more election news . . . 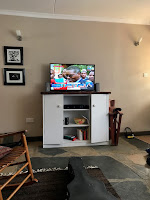 So the week is only half over but feels quite long.  Kenyans are collectively anxious.  Will the results be confirmed?  Is there any credibility to rumors of fraud?  Peaceful acceptance would be good if the results are legitimate; if there has been injustice then we are hoping for lawful responses involving the court, and not a call to revolt.


So . . . in short, the post-election has been quite tiring.  Living hour to hour when you don't know what will happen takes a toll.  Bumping up against raw evil in a beaten child, an abandoned baby, hungry children, without having others to share the burden with, takes a toll.  Failing patients and grieving with their families takes a toll.  Listening to the rumors, the suspicion of the electronic data (it's all made up, the same old fake news accusations that rile up America too) takes a toll.  Knowing that corruption abounds and not knowing who to believe takes a toll.  Being responsible for all the Serge families in Kenya takes a toll.

I think the prayer now needs to be for clarity--was the system compromised or not?  If so, pray for the courts to respond.  If not, pray for the citizens to accept and the rumors to be disproven.  And pray for all of us to remember that God is not surprised, that God sees the truth, that justice will win in the end.
Posted by DrsMyhre at 7:13 AM

Fervently praying for y'all.
By His grace and in Him all things hold together. I pray He is holding you all together.
Lots of love!

Also praying dear friend. May you rest.. and be carried when awake. Wish we could be physical support.
In the meantime our new house is FULL of ESL Asians... !

2 Corinthians 12:9-10
9 But he said to me, “My grace is sufficient for you, for my power is made perfect in weakness.” Therefore I will boast all the more gladly about my weaknesses, so that Christ’s power may rest on me. 10 That is why, for Christ’s sake, I delight in weaknesses, in insults, in hardships, in persecutions, in difficulties. For when I am weak, then I am strong.