Brainstorms and Symphonies: teens are the best 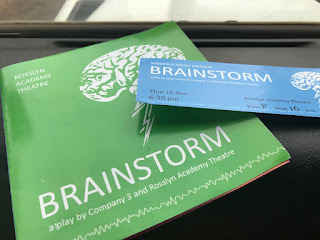 Last week we had the privilege of attending the opening night for Roslyn's first term theatre production.  This is an international high school in Nairobi where four Serge kids study, one of whom was amongst the 15 kids in the play.  The premise is that these 15 kids take us inside the teen brain, sharing their anxieties, struggles, creativity, plans, joys.  That would be entertaining enough, but what made the production really amazing was that the kids wrote most of the play themselves, and it was true.  They dramatized actual conflicts with their actual parents.  They talked about their actual fears.  It was a courageous act of vulnerability that I think most adults would cower away from. 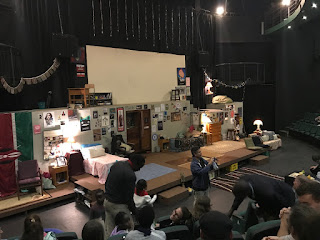 The set consisted of couches and bedrooms, external symbols of internal clutter at times.  There was humor, as each had a minute of playing their own parent.  I'm sure there were many inside jokes we missed.  My favorite scene involved the little lights you can see dangling above the screen.  A series of statements gathered from actual interviews was flashed up on the screen, and the actors pushed a button to light a bulb if that statement was true of them.  These were raw things, like "I wish I was a different color/nationality" or "I am afraid no one likes me" or "I am not sure I believe in God anymore".  A few lights, or nearly all, would flicker.  It was a powerful way to show that kids are not alone in their struggles.

Our young Serger, 9th grader Laura, was poised, smart, funny, believable.  At the very end, they all stood on the stage with a stack of large cards on which they had written messages for their parents.  I couldn't see Laura's but the kid in front of me was telling his parents he loved them and hoped they could accept him for being a quirky laid-back artistic type instead of the "type A" scientist he thought they wanted.  It was very poignant.  Evidently after the play there was a powerful time for parents and cast to interact. 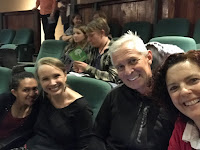 (here we are with felllow Serger who came to watch)

A few nights later we attended RVA's end-of-term band and choir concert.  Gaby on the drums (grade 10) and Liana playing violin (grade 12) and Jonah running sound (grade 10) made us a proud aunt and uncle. 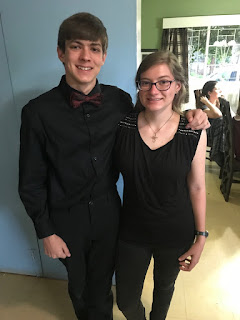 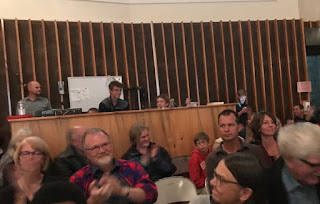 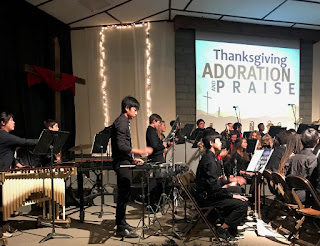 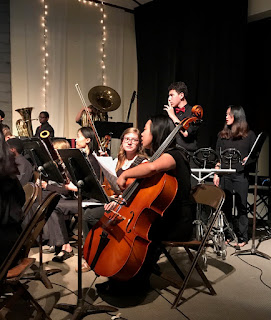 Candles, quiet, beat boxing, full chorus, a string ensemble, a cappella group, and the symphony.  Hymns and Beatles and Mozart and an arrangement putting Christmas Carols into a Bond-style secret spy arrangement.  It was creative and inspiring.

Celebrating the teens in our Area, who are funny and brave and who work hard.  It's not easy to live as outsiders, to live aware of danger, to miss old lives and extended family, to prepare for the impending separation that HS graduation forces upon international families.  We have some great kids, our own and our teams'.  Looking forward to a world in which they are in charge.