In a move of brilliance some months ago, Scott booked our travel to Jack's graduation/Luke's wedding/family visits/a few support follow ups/Serge things/etc. that fills our May/June to have us arrive a few days before the cascade of events begins. Meaning we pulled into the farm in Sago that we inherited from my family just as the darkness gathered on Saturday night, and stepped into that hundred-plus year old house where my mom had left fresh flowers and food. Meaning we slept in a comfortable and familiar bed, got up the next morning to walk to the little country church that embraces us literally and figuratively, took walks in the woods and biked the back roads, and worked. Meaning mornings on skype or phone, keeping up with our dispersed Area, then afternoons digging, sawing, raking, planting, mulching, weeding, fixing. There are always more projects on a farm. Meaning an anniversary grilling sweet corn and salmon (small town Kroger amazes us). Meaning sitting in the plastic Adirondack chairs at sunset, listening to birds in the surrounding woods, feeling the chill of the mountain night seep in, sensing the mercy that has given us this place. 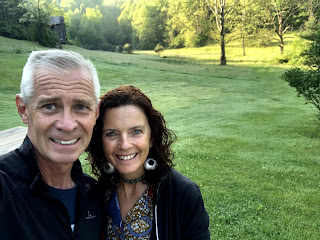 Anniversary photo from this morning 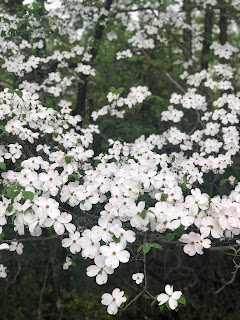 32 years ago today, we were married. I was still in medical school but took vacation time as we loaded the smallest U-haul trailer and dove it to Chicago where Scott started his internship. 25 years ago, after a series of apartments, moves, finishing residency, and a seminary course (Scott) and having a baby (me) we boarded our plane to Uganda. We chose the sojourner life, aliens and strangers, mostly never owning even a car, holding things in common belonging to our mission. So it still strikes us as a wonder and grace that in this season when travel has become more necessary (four kids in the USA, two widowed moms, leadership requiring more meetings) and much easier, instead of our two decade-plus habit of basements and spare rooms, borrowing and transience, we have a place to go. A place we did not earn or deserve, hence the grace. A place connected to family history, a place where a fox trotted through the yard and the blackberry bushes are blooming, hence the wonder. 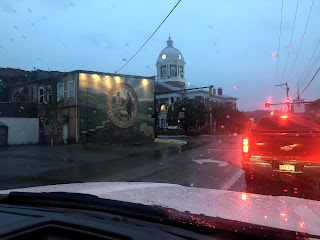 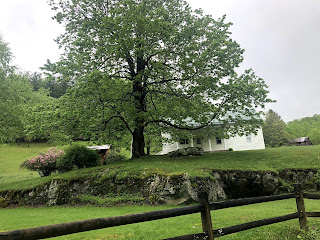 The house on the rock, a century of refuge 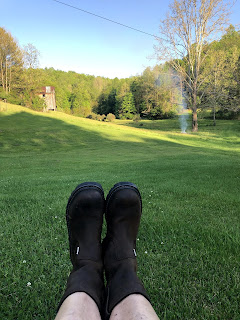 Work boots and garden gloves from Southern States, check. Fashionable wear for events, not quite yet.

In one of our calls this week, a colleague said "I was told that Bundibugyo is the West Virginia of Uganda" and while that phrase is mostly meant to point out the poverty and isolation of people dwelling on the ridges of mountainous terrain, the clans and suspicion and subsistence and self-doubt and low educational and health rankings. . .it is true in other ways as well. The natural beauty. The abundant rainfall, the rivers and streams. The self-sufficiency of small scale farms. The family commitment and loyalty, the warmth. The traditions which less connection to the wider world allows to continue with less homogenization. The way that proximity to peaks makes the spirit soar.

I distinctly remember the way that connection encouraged my heart when we drove into the district in 1993--no one had told me that the curvy road and steep inclines of Bundi would remind me of an Appalachian home. In 2019, Bundibugyo remains the place we have lived the longest, the core home in which we raised our family and encountered God through the community and work, so now perhaps West Virginia reminds me of that home too.

On this anniversary day, rejoice with us that some circles remain unbroken, that we fell in love on an Appalachian Spring hike, were married on a sunshiny May day, have lived most of our life since then in a season of hilly isolation and majority-world reality, and yet God gives us this touch point of respite back in the hills of home. 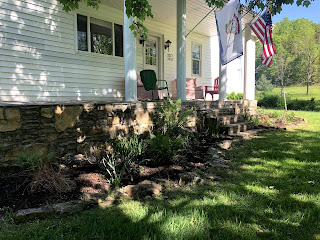 Front porch for visiting and listening to the river 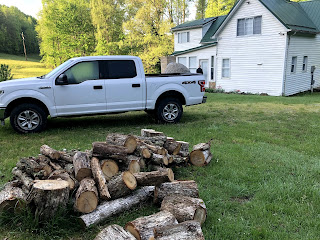 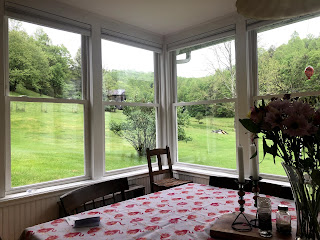 View from the kitchen 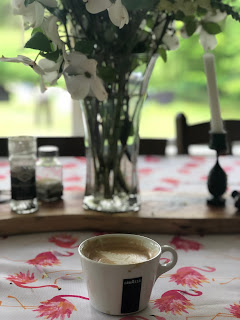 an even better kitchen view 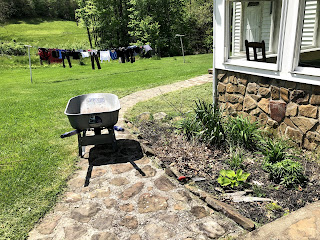 Laundry and gardening, anchors of the soul 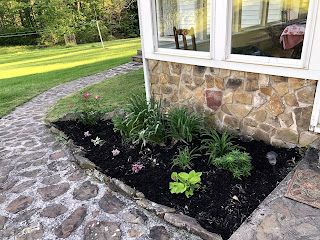 Order and a new rose bush

I rejoice with you being given this *place* of rest and refuge and renewal! Thank you for your commitment to the pilgrim journey and for sharing it with us through this blog and your regular emails.