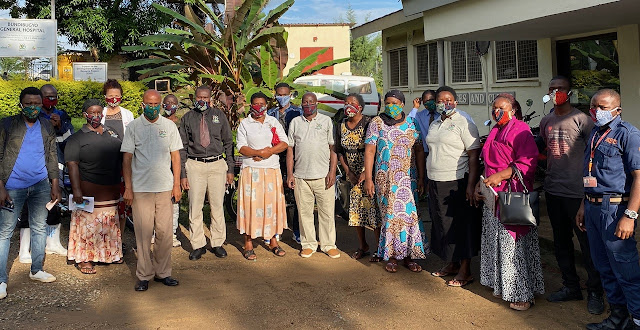 "Know that Christianity is always changing at the margins more profoundly than at the centre, and position yourself accordingly. Know that churches or movements with no input from the margins will die."

The author of Global Humility bases the above argument on a pattern of stories where God uses the weak, the foreigner, the last-born, the poor to speak truth or save the day. We read this the same week that our president here in Uganda announced a slow beginning of re-opening, with the staged return of some shops and limited transport. However, in his plan, he excluded the border districts (39 out of 134). All the countries around us have many more cases than we do, perks of living in a harder-to-reach place with a strong public health system/authoritarian government. To make sure everyone knew the border districts, since some only have a small slice of border, this photo was released: 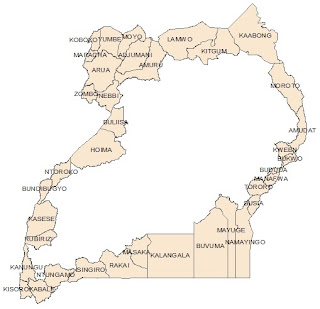 If you look closely, it is a striking visual of what it means to be marginal. We're Bundibugyo, half way up the left side.

Living on a margin carries some heavy implications. Risk, for one. We border the country with the only active Ebola epidemic and the largest number of displaced people due to conflict during the COVID era (480,000). Inconvenience, for sure. Only a small percentage of foods, medicines, goods that are available in Kampala are sold here. All our legal and administrative business requires 8-hour trips and overnight stays.  Stigma, too. When someone in Uganda wants an example of a place that is difficult, Bundibugyo comes up. The idea of being last educationally and economically seeps in. Scraps, the left-overs, are our staple. The margins do not get the main share of the country's opportunities. Certainly we're feeling that right now: we still cannot drive, cannot leave, will have major challenges even re-opening Christ School for the seniors which is allowed to begin June 4.

Everyone wants to be resilient, but on the margins one learns that resilience is born out of hardship and limitation. The margins have to be gritty, have to be creative, have to collaborate locally. The margins are less invested in the status quo, more open to change. And the margins, Jesus says, are loved by God in particular ways. The widow and orphan, the poor and oppressed, are mentioned over and over as the inheritors of the Kingdom. The first shall be last and the last shall be first. The Kingdom belongs to such as these.

This has some practical implications on which one can stake a life.


Back to the photo at the top.

That's the morning gathering of staff at our local government hospital. They are making about $5-$10 a day, and that's considerably more than the average citizen but hardly enough to pay for food, electricity, transport, clothes, school for their extended network of dependants. Yet there they are, day after day, grappling with how to care for the never-ending stream of patients, with the too-soon-ending supply of medicine and tubing and electricity. And in this photo, everyone is smiling under those masks. Because our team in Fort Portal, Jenna and Pat, had their Green Leaf Crafts women's sewing coop make a couple dozen masks to donate to hospital workers. These arrived just as the hospital was completely out of surgical masks, and the leadership had to shut down access to our donated N-95's because they were leaking out to the streets. A nice re-usable cloth mask costs a dollar or two; a simple one being made on the street costs less than fifty cents. But that cost is a barrier and so yesterday morning there was rejoicing. Masks were made mandatory in Uganda, and we know they are necessary in the hospital. This is a photo of people who know that it makes sense to take precautions, and who are grateful to be able to do so.

Contrast that with the growing politicisation of mask-wearing in some countries. Rather than being thankful for a way to protect others, we see people demanding their "right" to be a public source of harm. Suddenly wearing a mask is equilibrated with a whole host of political leanings rather than being a universal sign of kindness to society. Looking from the margins in, we note people videoing THEMSELVES in Costco without masks as if they are freedom-fighting heroes, and it frankly looks absurd. Marginal places that have fought COVID-19 successfully have relied on these basics:
Back in March, we read about the above making an impact in Singapore, and started all four of the measures in Bundibugyo. We bought sanitizers and invested in bleach for the hospital and mission. The hospital set up screening at the gate, with temperature checks and questions, and we did at our mission too. We started holding our staff and team meetings outdoors standing or sitting far apart, and suspended the activities where this could not happen like church and school. And we started wearing masks all day at work, every day. Now we also wear them in public, everywhere we go. These are measures that low and middle income countries around the world have embraced. Marginal people know they won't get on a ventilator, they won't be on an experimental remdesevir protocol, they probably won't even get oxygen. Marginal people know that they have to take some steps that are sacrificial for the long-term good of their elderly relatives, for the communal good of their clan.

So here, on the margins, you see people trying to comply. Here, the the problems we hear are that people are out of soap, can't afford to buy more. Or struggle to pay for those 50-cent re-washable cloth masks. Here we hear about thieves stealing someone's crops right out of the garden, or taking their chicken at night, not about their demand to buy beer with an uncovered face. Here there is evil and need and breakdown and sorrow, but there is also a strong will to survive, a determination to do what we can to make it through. The president here begins his addresses now with his mask on as an example, and has everyone around him spaced out in 6-feet increments and all wearing masks as well. Public figures sense the need to pay attention to the facts, to lead in practice as well as in words.

Uganda is projected to have 6 million infections, 122 thousand admissions, and 2600 deaths . . . though the continent-wide impact could be up to 250 million infections and nearly 300 thousand deaths. Not as bad as malaria; but malaria won't stop for COVID either, so this will nearly double the toll. All to say, that here in what the power/wealth centers of the world looks like a margin, our public health measures aren't going to spare us completely. But they are going to soften the brunt of the blow. And organisations like ours and many others are buying more oxygen capacity, helping people who have no safety net living day-to-day in informal urban settlements buy food, procuring masks and soap, paying staff as a matter of justice even in times of economic slump.  There is work to be done for sure, and we have a long way to go. But there is hope too, in listening to the basics and enacting sturdy measures. (Yes, the population is also younger, but please don't tell me that as an excuse. A young population to Western ears where the culture is obsessed with youth, beauty, health, immortality, fitness, sounds enviable. In reality it means that people die earlier of other things. Once you are born, you will eventually die, so if most people are young that means that most people who are born aren't making it to 50, 60, 70 and beyond.)

Atul Gawande, a prolific surgeon and writer associated with Harvard in the USA, writes about the measures that work and adds a fifth: a change in culture. Because hygiene, screening, distance and masks all boil down to behaviour, and behaviour is driven by belief. On the margins, people see death up close and personal, day in day out. We have lived through Ebola here. We have lost those we love. We know that virae are real, deadly, and passable from person to person. We believe in protective barriers and limitations to freedom for seasons, in order to fight a disease.

By reading, following, donating, you are positioning yourself here in the margins with us, and we are grateful for your prayers. In turn, we pray for culture change in the center that will save lives, build bridges of unity and empathy, and bend the arc of our collective story towards justice as Jesus promised. 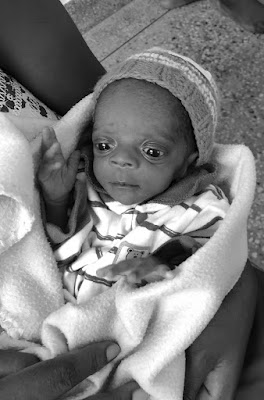 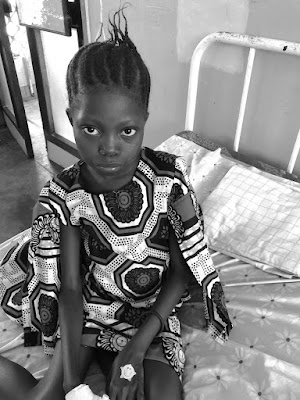 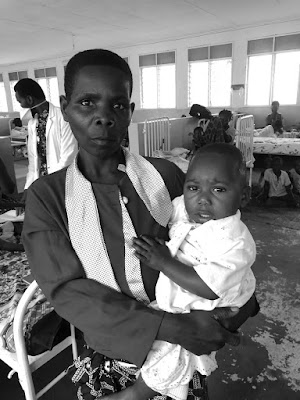 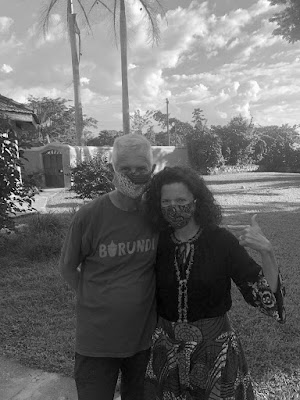 Thank you! This is so good! It was shared on Facebook by a Kenyan friend, and I am reading it and nodding in Haiti.