Monday, Wednesday, and Friday we spend the first 30+ minutes (OK who are we kidding it is often an hour) of our hospital day in an outdoor, socially spaced, all-staff morning report. Twice in the last few weeks we've spent an extra all-day meeting for government and partner planning on health, education, care for children. Every day we have people coming to talk to us, or we are interacting as we work and move. And IN EVERY SINGLE CASE we are the only people from beyond the borders of Uganda in the conversations, which means we are always listening and learning and processing and comparing. We are always running a little behind the curve of a dynamic system of beliefs, habits, values, history, proverbs, language, culture. Then many evenings we are viewing through the window of CNN or newspapers back into our birth culture, watching testimony before Congress, or reporting on protests or the pandemic. This week there has been a slew of live-coverage from Congress. Again we are outsiders by location, slightly out of step and behind the dynamic curves of popular opinion. But in both cases, I would say our off-balance not-belonging can be a strength as well as a weakness. Because we can bring a fresh view. 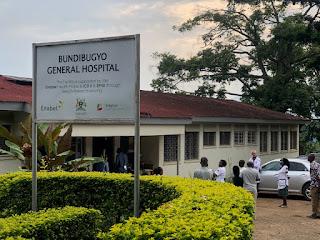 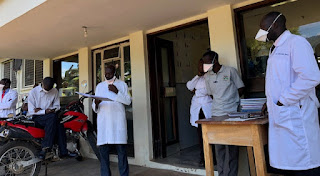 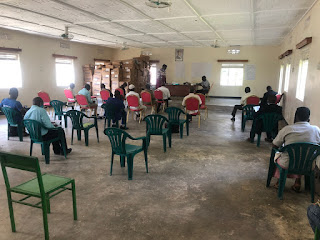 So when Attorney General Barr said that he did not believe there was systemic racism operative in our criminal justice system, I immediately applied that to the kind of systems-thinking we try to do in medicine in Africa.

When problems arise, the human tendency is to look for the person to blame. Bad outcome of treatment? Well, whose fault was it?

But while it is important to hold people accountable to do their jobs, most of the real progress in improving care and reaching goals comes from thinking about the system that is functioning to produce the results that we see. For instance, here are some of the problems we have been present for discussions of this week: 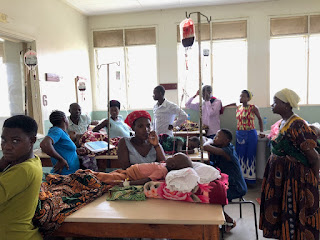 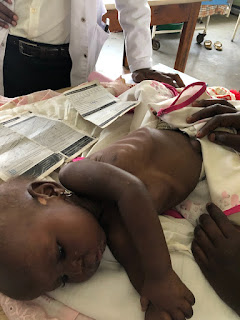 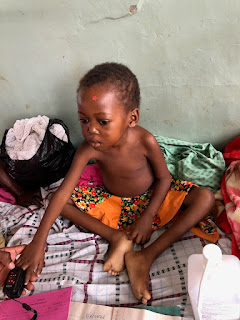 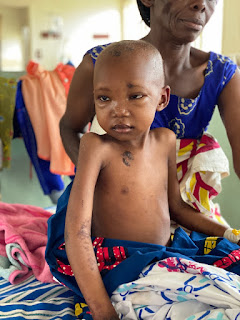 It is exhausting to generate a quick list of items we have been presented with in just a week, let alone months and years. I am not making any of these up, and I know I'm not remembering many. Pretty much any of those issues could be traced to an individual who cut a corner, took a bribe, failed to show up, made a bad decision, committed a crime. But the fact that they happen, over and over, is bigger than any one individual. They are part of systemic injustices that have brought pain and suffering into Bundibugyo for centuries. The Bible speaks of the world (the fallen state of everything from the coronavirus to flooding), the flesh (our own sinful desire to promote ourselves at the expense of others), and the devil (principalities and powers in the unseen realms bent on evil and destruction). These are seen in the objectification of women, the colonial systems of administration, the removal of resources, the corruption in allocation of services, the extreme fear of the spiritual powers, the personal conflicts, lack of agency, lack of trust. None of the solutions are simple. We can exterminate a few rats or buy some milk or boxes of medicine or pay for some court cases . . but the real solutions require generational changes in values and habits. They require hearts for serving others, access to adequate food and information, dependable safety nets.

Which is, of course, why we are here for the long haul. In the meeting of the district committee on orphans and vulnerable children (OVC's), I noticed that amongst the two-dozen people in the room were two young adults who had received OVC scholarships at Christ School. OVC's who were now planning for the care of OVC's. This kind of change takes time, lots of it. But it is happening. The people of this district are resilient and committed, patient enough to listen to a dozen sides and opinions, willing to sacrifice and wait, willing to pitch in and change.

So Mr. Barr, let us respectfully disagree.  The broken world, self-absorbed human hearts, and evil intentions, permeate every part of our globe. Our problems in America are not just a handful of agitators or trigger-happy outliers. Change in the USA and in Uganda both require some deep works of the heart, some careful attention to policies, some just allocation of resources.

Today I finished my read through the book of Isaiah. The prophet is writing at a time of danger and upheaval, and I imagine his audience felt something like we do in 2020. And much of what he has to say relates to big-picture, large-scale, national systemic transformations. Yes there is talk of individual piety, it is never either-or, always both-and. But let's not forget that God works through people for peace to cascade in like a river that carries life to all.
Posted by DrsMyhre at 3:46 AM

I am so thankful for the perspective I get from reading your blog... I am always delighted when I get an email alert. Praying.