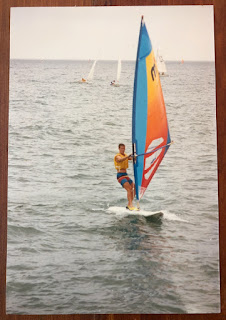 I opened a drawer today looking for something, and saw this, with 1990 written on the back. We lived in Chicago for residency, and Scott was wind-surfing on Lake Michigan. Fast forward another half of his life-so-far, and he's just turned 60 in Bundibugyo. 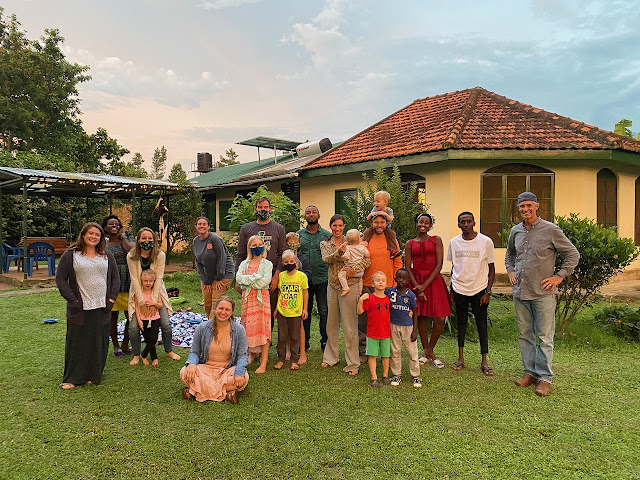 Here he is with our team on his birthday (except for one family who was sick), plus a couple of kids who grew up with ours. . . having just spent the evening cooking us all pizza in an oven he built himself. Having made a special delicious slow-rise dough himself too, and a good bit of the toppings, including pesto from his garden. Not to mention built a lot of what you see in this picture, and mentored all these people, and fixed everything in a kilometer radius, including plumbing and electricity and motors and humans.

So the two photos, the first one showing his fun spirit of adventure and athletic capacity and love for the outdoors, the second showing his life of serving, pretty well sum it up. Everywhere we go in Bundibugyo, someone knows Scott and has a good story. 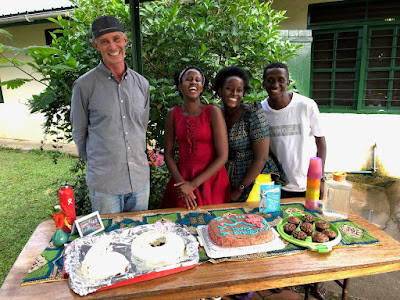 60 is kind of a big deal. Just living to 60 for someone who has been shot at in war, run for his life, been exposed to Ebola in more than one epidemic, climbed the three highest peaks in Africa in some dicey conditions with a touch of pulmonary oedema, survived an explosion or two, been in some car accidents on very dangerous roads, had to pull me out of an ocean current, camped with lions and elephants moving through, fought off hyenas, killed cobras, received threatening letters from rebels, received threatening letters from a couple of evil men, challenged tribalism and stood up to bullies, had malaria and a run-in with the flesh-eating strep, and just gotten all of us out of more danger than I can even remember . . . 60 is remarkable. 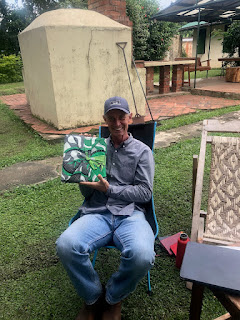 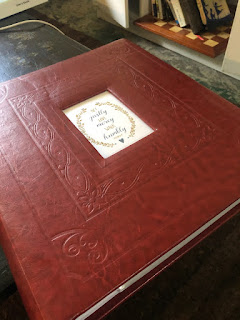 But what is even more remarkable is to have walked through all that with grace. Kacie on our team had the grand idea of gathering 60 letters from people for his 60th birthday. She ended up with way more than that. We have barely begun to read through the album, but God's timing could not be sweeter. After the intensity of bad maternal outcomes and loss, this letter album was a beautiful reminder of the richness of community that God has given us. I think Luke quoted from "It's a Wonderful Life", no man is a failure who has friends. It does boil down to loving God and your neighbour, and Scott embodies that. He's thoughtful and faithful, and the kind of person who has spent those years going out of his way to drive someone where they need to go, lend someone money, evaluate someone's injury, pay attention see what is needed and just quietly do it. Often at personal risk and cost. People have noticed, and it is gratifying and humbling for me to see this love poured back to him that he has poured out for others. He's not just tough, he's tender, and lots of people have been blessed. 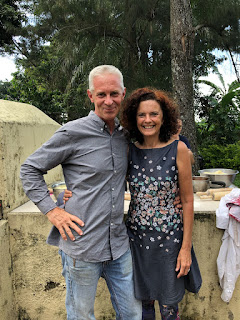 But mostly, me. 40 years and 2 months ago, he pulled up in his car and offered me a ride to church. We've been friends 2/3 of his life now.  Hoping for more than 3/4.  I suppose if we made it this far, what's a little global pandemic?
For a few years in the 2000's, Mark and Kristen Vibbert were managers of a high end safari tented camp in the Semiliki game reserve. They invited us to celebrate Scott's birthday and our half-anniversary as their guests. This year we decided to splurge and go back on our own (COVID discounts) and so last weekend we had two glorious nights away. This is a place where you can hear and see birds and read books and eat well and be at peace. 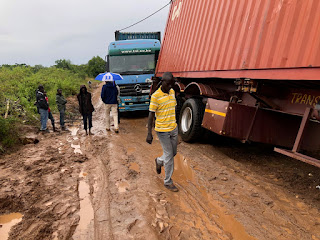 Of course no Myhre adventure escapes the requisite "will we make it" moment; but in addition to all the above Scott can 4WD through some serious mud, and after a couple hours' delay we made it past a line of about 20 trucks stuck in both directions. 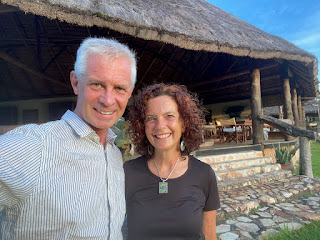 Just so you know that not EVERY day is will-we-make-it, we had over 48 hours of luxurious rest. 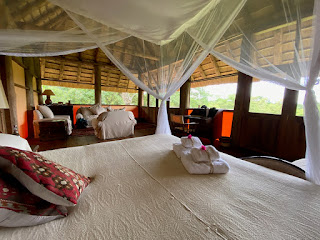 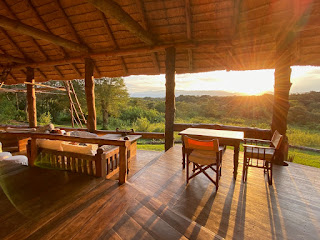 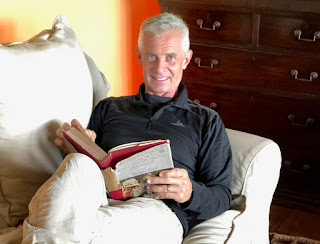 Happy Birthday to the man who is sold out for justice, who fights for the poor, who shores us all up with his resolute can-do spirit and his unflappable belief, who engages with issues, who captures beauty in photographs and carpentry, who can drive through anything, climb anything, bike anyone into the ground, perform surgery and make dinner and preach. Wish we could have celebrated with friends and family from all the decades of his life, but thankful for the letters and for our team here.

Happy Birthday, Scott! What a treat to read this column and remember the early years, growing in faith and seeking God's will for our lives. You've made an indelible mark, and Jennifer's "review" of your life is beautifully written. Blessings to you both. ~Lissa

A great tribute Jennifer! Reminds me of our small-group Bible study on social justice back in 82-83. In all kinds of ways the signs were already unmistakable even then. My letter should arrive soon if it hasn’t yet (posted in October). /Jim