Epiphany part 2: the dark side of revealing radiance

The post below was written on Jan 6, Epiphany, in the daytime in East Africa, in between a full hospital day, some meetings with local teams, and an evening zoom with our Home Office. At 9 pm our time (1 pm EST), we sat down at the end of an exhausting day to watch the Joint Session of Congress certifying the electoral college vote, an interesting arcane exercise of our democracy that had never seemed very dramatic or important until now. CNN was covering live, and whenever possible it is helpful to listen to actual speeches rather than what someone tells us about what was said. We watched Vice President Pence presiding, and the beginning of the state roll call. Alabama, Alaska. Then Arizona, and the objection presented, the retiring to the debates, the alternating speeches. We were watching live as the reporters outside the Capitol building began to note the increasing aggression in the crowd. Then we watched the surge up the steps, the barricades turned to ladders, the mayhem, breaking windows, the people gawking in the rotunda with their red hats and their Trump and confederate flags, and then a voice behind an outdoor reporter saying "the FBI has shot a woman," the jostling confusion, the stretcher, the blood.  No need to describe the day; the documentary evidence of violence was splashed across our screens. 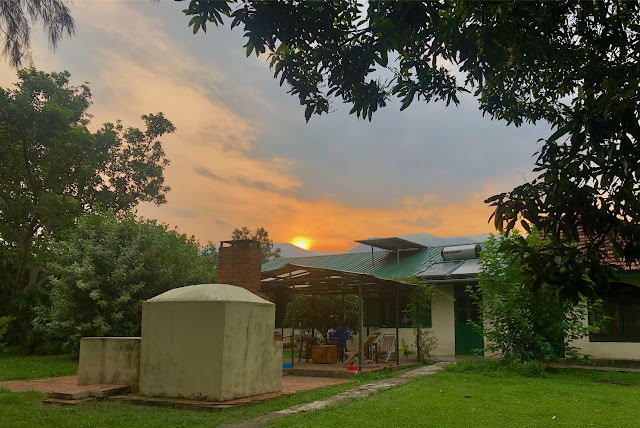 It occurs to me though that those hours are also appropriately called an epiphany, it is appropriate that they happened on January 6. 2000+ years ago, Jesus was revealed to a few who had searched, found in a fairly obscure outpost, in weak and dangerous circumstances, a truth that was enfleshed in powerlessness. In 2021, there were more revelations of character, though weakness was derided in favour of aggression. This Epiphany day, the phrase from Luke spoken by Simeon over the infant rings true: "the thoughts from many hearts may be revealed."

Nothing about America changed on Jan 6, but many hearts were revealed. Glorifying the Confederacy, questioning democracy, using untrue and incendiary phrases to incite a physical, illegal, violent occupation of congress to stop the final step in certifying a lost election, repeating baseless allegations after 60 lawsuits and dozens of recounts proved them false, building an actual GALLOWS AND NOOSE, these are all just as evil as breaking the window or trashing an office. But the afternoon of insurrection made those attitudes visible in actions.

So, another epiphany, a revealing. We have sold our souls, and the Devil is taking payment.

But the good news is that when light shines, the hearts that are revealed can change direction. 30 years after the wise men, Jesus started walking around saying Repent, the Kingdom of Heaven is at hand. Light is shining, and we're all a mess. Every single one of us carries the same broken heart that would choose to harm those in our way. Perhaps this will be our national reckoning. We have too often accommodated injustice to protect our own way of life, and too often worshiped power and money. Jesus offers us exactly what we need: forgiveness, and change. Because we are loved, we can love others. We are preaching this to ourselves and to others. None of us are innocent, all of us need the good news. Many of us get much more than we deserve, hallelujah. Praying the church steps into this moral vacuum with truth: nooses and confederate flags and broken windows do not represent the Gospel, and getting the world while losing your soul is never a good bargain. Let's ask for that Kingdom to come ON EARTH as in Heaven, in equitable vaccines and oxygen, in empathy for those losing loved ones, in transparency of accounts and discomfort for the greater good.

Deep breath, and forward into 2021. Lord we NEED your mercy, we NEED your grace to love others more than ourselves. Amen.

Thank you. Thank you. I feel like I am living in a surreal place, watching things I never would have imagined occurring in this country. Jesus. Only Jesus, all the time, His kingdom and His reign. May it save us all.

The most cogent poetic analysis on the Jan 6, 2021 Epipheny I have read. Thank you for allowing us a glimpse through the lens of Kingdom of God.

We tried to get pregnant for a few years in a local clinic. There were no results. We've tried everything possible but nothing. We were recommended to use donor eggs. I knew we have to try herbal made medicine. I was terrified. I didn't know how to go about it and where to begin my search. When my friend recommended me to Dr Itua herbal medicine in Western African. I thought she was joking. I knew nothing about that country and I was afraid  with shame I must say I thought it was a little bit...wild? Anyway she convinced me to at least check it out. I've done the research and thought that maybe this really is a good idea. Dr Itua has reasonable prices. Also it has high rates of successful treatments. Plus it uses Natural Herbs. Well I should say I was convinced. My Husband gave it a try and now we can say it was the best decision in our lives. We were trying for so long to have a child and suddenly it all looked so simple. The doctors and staff were so confident and hopeful they projected those feelings on me too. I am so happy to be a mother and eternally thankful to Dr Itua  and Lori My Dear Friend. Don’t be afraid and just do it! Try Dr itua herbal medicine today and sees different in every situation.Dr Itua Contact Info...Whatsapp+2348149277967/drituaherbalcenter@gmail.com Dr Itua have cure for the following diseases.All types of cancer,Liver/Kidney inflammatory,Fibroid,Infertility.Diabetes,Herpes Virus,Diabetis,Bladder cancer,Brain cancer,Esophageal cancer,Gallbladder cancer,Gestational trophoblastic disease,Head and neck cancer,Hodgkin lymphoma. Intestinal cancer,Kidney cancer,Leukemia,Liver cancer,Lung cancer,Melanoma,Mesothelioma,Multiple myeloma,Neuroendocrine tumors. Non-Hodgkin lymphoma,Oral cancer,Ovarian cancer,Sinus cancer,Skin cancer,Soft tissue sarcoma,Spinal cancer,Stomach cancer. Testicular cancer,Throat cancer,Thyroid Cancer,Uterine cancer,Vaginal cancer,Vulvar cancerBipolar Disorder, Bladder Cancer,Colorectal Cancer,HPV,Breast Cancer,Anal cancer.Appendix cancer.,Kidney Cancer,Prostate Cancer,Glaucoma., Cataracts,Macular degeneration,Adrenal cancer.Bile duct cancer,Bone cancer.Cardiovascular disease,Lung disease.Enlarged prostate,OsteoporosisAlzheimer's disease,Brain cancer.Dementia.Weak Erection,Love Spell,Leukemia,Fribroid,Infertility,Parkinson's disease,Inflammatory bowel disease ,Fibromyalgia.