The RVA Sunday Worship Service this past week was led by the Class of 2015.  They call it "Senior Sunday.

The Seniors lead the 700 attendees in worship, prayer, and biblical teaching.  Jack was one of three senior guys who preached "sermonettes" - 10 minute pieces of teaching and encouragement. 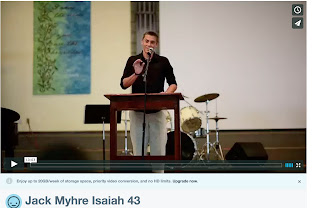 Dr. Seuss, margin, sorrow, and who's writing this story? 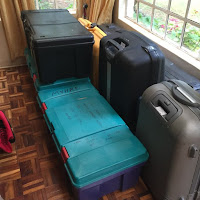 Two weeks ago I came off my last night of call, and entered into the transition zone. One of the things I have learned from my 30-something-year-old colleagues is the value of margin.  Scott actually negotiated finishing at Kijabe June 1rst so he could focus on his AD leadership job, and travel to Uganda.  I asked to finish June 21rst as one of our regular short-term docs arrived, so we could clean and sort and say farewells well and pack and plan.  Margin, sounds wise, right? 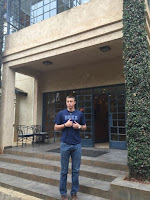 But that night I got sick, and we've been reeling from a series of punches ever since.  It took me two rounds of antibiotics after initial improvement and relapse to emerge from the first sickness, and then we both got slammed with a flu-like virus (fevers, chills, aches, and head-exploding congestion) this past week.  Meanwhile Scott had surgery on his eye, Jack had surgery to remove four impacted wisdom teeth, and this weekend Luke seriously injured his knee playing soccer in Rwanda and is heading to Kijabe tomorrow for diagnosis and care.  Scott threw his back out a week ago as well.  In short we're a sorry bunch, limping through days of cleaning and packing and sorting at a very slow pace.  Not what I expected this time to look like.

It's making me a little suspicious of margin.  You give yourself some space that looks wise, and suddenly it gets filled with things you don't choose. 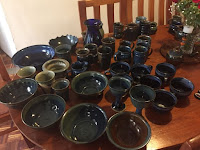 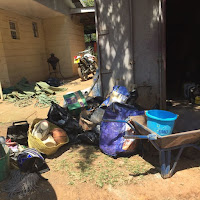 In fact a lot about this ending here is not unfolding the way I would have written the story.  Jack's last Rugby game was not the triumph we hoped to watch, and though he scored a try he didn't have the ending we would have loved to see.  We got to go to his end-of year sports banquet, and in spite of being only one of two senior boys that played all three of the most competitive sports, and one of 3 or 4 who had played the most varsity seasons in their RVA career (7 for him, 7 or 8 for the others) he didn't get any recognitions (though he had a good attitude and was happy for his friends).  We would not have chosen to leave for furlough with two of four countries we supervise in complete political meltdown with teams evacuated, and the other two under threat.  Contingencies and grief abound.  Then our hearts ache for Luke right now, with his bruised and swollen and painful knee that reminds us of Caleb's.  Our plan had been to hike the Rwenzoris after graduation.  Sort of like margin, a TCK-guru Dave Pollock advised us when our kids were very small to grab those transition times between one place and the next, and do something memorable as a family.  Take a few days on the way from here to there.  We are grateful that we have been able to do that a number of times.   This year now is looking challenging.  We set out one week before flying to the US for our furlough when all of us but Caleb could do the climb, but now we can't.  And we have been trying to get a week in the US in early August when all six of us could overlap, but due to an Air Force change of rules Caleb's leave has been hard to arrange and short, so even with Luke skipping two days of class and Caleb begging for a 96-hour pass it may be that we wrest only 24-48 hours all together.  While we've had wonderful closure with our departments and friends, there have been some disappointing sorrows in the last two weeks too.  And even the good stuff is emotionally draining.  Sorting photos and books and handmade pottery.  Hosting the last Caring community, last Thursday Lunch, last Sunday school; the Lower Station farewell for graduates, the Serge team grad appreciation lunch.  Attending the RVA staff appreciation tea.  Good stuff, but sad. 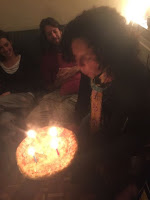 In the midst of all this angst, I had a birthday.  This was June 25, before this last knee disaster and in between major illnesses.  Luke flew up for the weekend from Rwanda as a surprise, and kick-started our packing.  The whole day was full of team and fellowship, and as we prayed together after our team dinner it popped into my head why "53 years" sounded familiar.  It was my Grinch birthday!

"Why for 53 years he'd put up with it now.  He must stop this Christmas from coming, but how?"

Now anyone who knows me knows I am the antithesis of the Grinch when it comes to Christmas.  I'm all for tinsel, noise, parties, special events, music, cookies, the whole shebang.  It's my favorite time of year.  But I do wonder if 53 is a risky time for Grinchiness in general.  As I look at some disappointments and losses my kids face, I don't like it.  I would choose to wreck my own knee if I could save Luke's. I don't like packing or transition.  I don't like not knowing how the year in the States will unfold, or what God is calling us to do next.  We have a list of potential places to serve in Africa in 2016, but we are waiting for the way to be clear.  I don't like letting go of most of our possessions, paring down to the essentials (well, I DO like decluttering when it's done, but the process is hard).  I can see myself as that old self-pitying Grinch, plotting on how to make everything work out my way.

But when the Grinch's plans were unsuccessful, his heart grew two sizes.

Transition, loss, disappointment, lack of control, the unknown: this is the stuff of heart-expansion.

Pray for us this year, that God would grow our hearts.  That we would trust His goodness with our kids even when knees blow.  That we would trust his authorship of our story, even when we don't know what's going to be written on the next page.  That as we move through goodbyes and sorrow, our hearts would not shrink into stone but soften and blossom.  That 53 years would lead to love.

(Here are some photos of closure and celebration . . ) 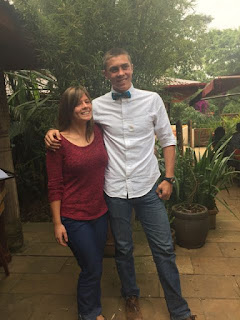 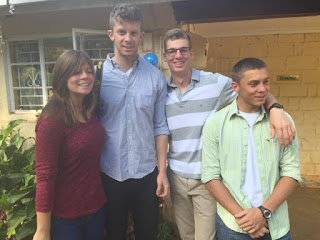 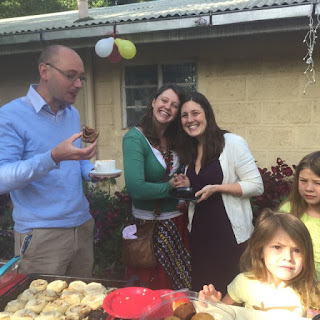 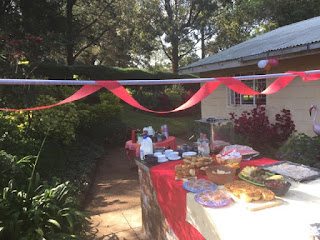 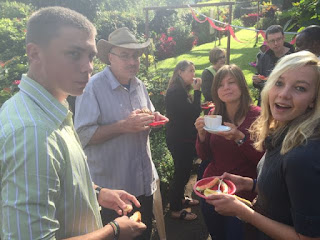 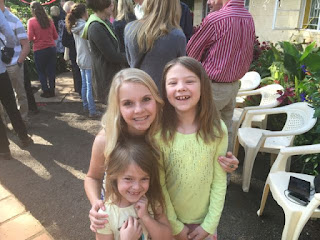 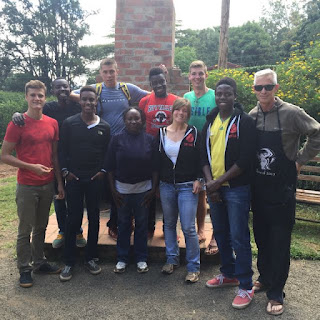 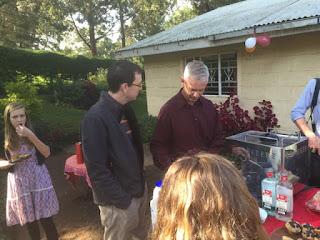 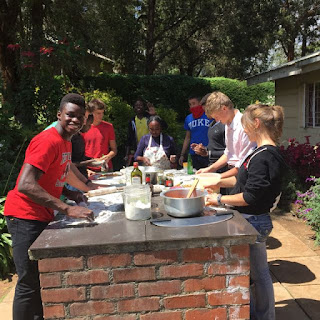 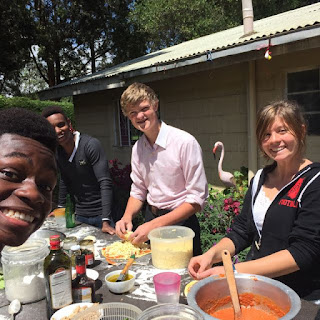 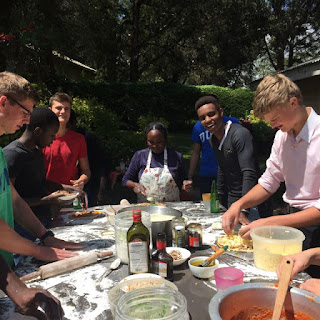 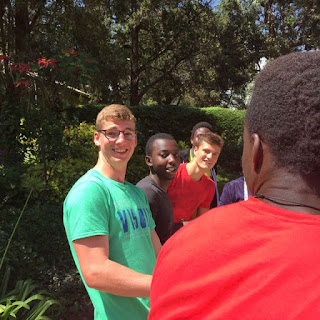 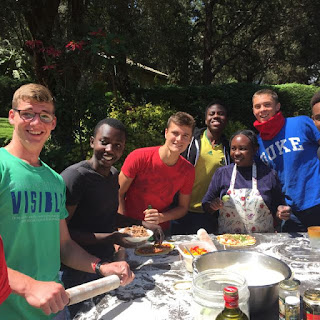 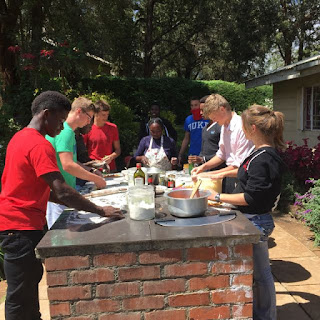 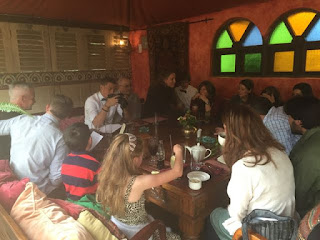 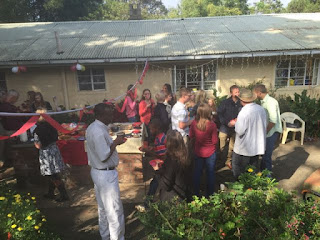 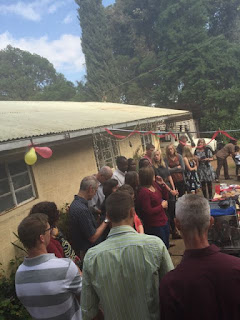 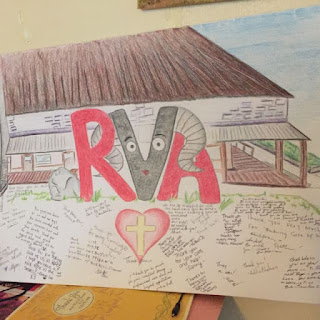 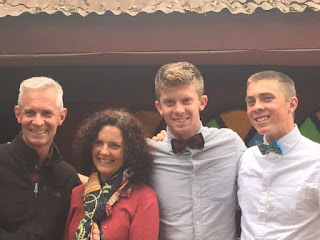