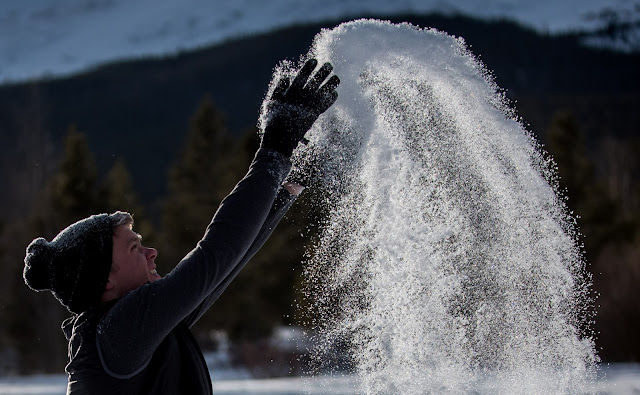 Today, the twelfth day of Christmas, much of the Christian world celebrates revelation, light, seeing.  The arrival of the Magi to the house where the young child was, a celestial marvel attracting foreign scholar-priests to the obscure village of Bethlehem.  The homage of gold, frankincense, and myrrh, acknowledging this baby’s royal and divine lineage with an overtone of inevitable mortality.  Camels, horses, foreigners, unsettling signs, wonders.  The trigger which unleashes local paranoia, an attempted genocide, flight.

As it happens, my Old Testament reading today ends the book of Ruth, also largely set in Bethlehem.  And coming on the heels of Urbana’s emphasis on multiculturalism, and on reading one of the speaker’s books (Disunity in Christ, by Christine Cleveland), I’m struck by the intentional orchestration of God to mix things up.  Sending Naomi and family to Moab, drawing in Ruth, bringing her back to Bethlehem, and through the desperation and scheming and hope of two widows, a story of redemption where Ruth enters the family tree that produces King David, and then Jesus.   Fast forward a thousand years, and another very intentional stir in world events brings these mystical scholars to meet the infant Jesus and return to their diverse lands enlightened.  The birth of God, to the Jews but also to the world.  So the exotic caravan of foreign dignitaries enters the small village, and then the cosmic disturbance explodes in dreams of warning, angels, escape to Egypt.  Another foreign connection.

Today then is a Christmas completion, good news for all peoples, which includes us in all our obscurity and injustice.  God intentionally draws the world to Jesus and sends Jesus to the world.

And appropriately, we are celebrating this day on the road.  Our twelve days of Christmas have been largely in motion, and much of that motion is motivated by homage to the hidden King of creation.  That same birth compels us to go, and provides connection and respite along the way.  In the Jesus-to-the-world category, we have stops along the way to share what God is doing through Serge and thank those who make it possible.  Formal seminars, cups of coffee, telling the story, we go as pilgrims compelled by the Love that mixes cultures intentionally and plucks a couple of Americans to uproot themselves and cross the ocean to serve other nations’ children.

But in the world-to-Jesus category, the last week has also been an experience of the awe of receiving. Sometimes I think of the mark of Cain, which protected his life, and imagine we are marked with a subconscious sign that propels people to be kind to us.  I imagine Mary opening the door to a retinue of gift-bearing strangers, and I think I know how she felt. 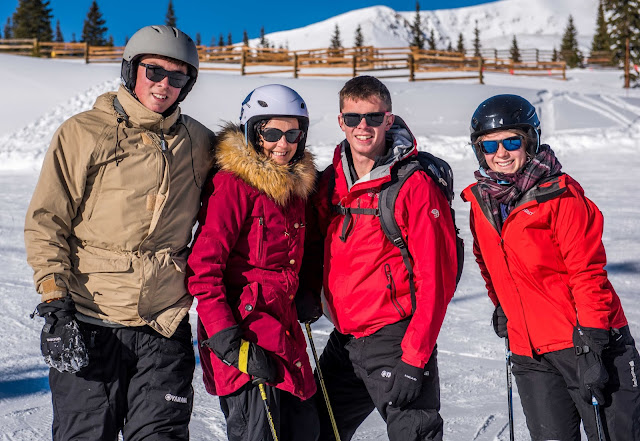 We have stayed with people we had never previously met, who opened their homes to us because of the Kingdom.  We have had friends gather, and relatives gather, bending over backwards to match their schedule to our lone hour of passing through.  We saw Scott’s aunt, uncle, and cousins for the first time in 15 years.  In Colorado we were treated to three days in a restored ranch-house just outside Breckenridge with overflowing hospitality including the use of snowmobiles and cross-country skis and a hot tub, connecting with a kindred-spirit family over meals and conversation, a true Sabbath inhale after the pouring-out of Urbana. Grandparent Christmas gifts gave us an extravagant day of skiing one of the world’s most spectacular sets of slopes.  Jack learned to snowboard from Caleb, and our family (minus Luke, sadly) spent the day riding the lifts and crisscrossing the mountainside together, lifting our eyes up to peaks over 14,000 feet tall all around us (Scott and Caleb took the highest lift in North America to the double-black-diamond bowl at the top).  One day we hiked within a snow-ball throw of six moose, majestic animals crunching through the snow-cover to graze.  As we dropped Caleb back at the academy, we spent the night with a doctor-doctor former Air Force couple whom we met at a mission conference.  After dinner the wife showed me the house and then said, we would like you to bring your family here for graduation, you can stay and we will leave the house to you that week.  I cried.  USAFA graduation accommodations cost thousands and thousands of dollars and have been booked for years, yet in our helpless inefficiency we were given just what we needed by virtual strangers. 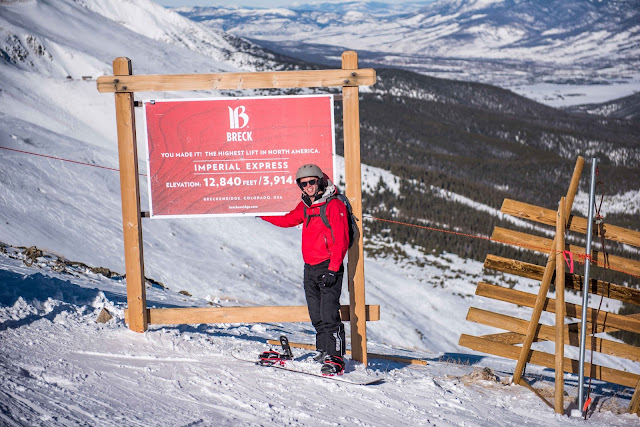 So this Epiphany we celebrate from the viewpoint of the holy family, being given gifts by kings.

And that is part of our testimony, serving the God who sees.  Who prompts people with resources to generously share them with us.  Who orchestrates friendships and meetings and car mileage and paths for our good, and, we hope, the world’s.

Posted by DrsMyhre at 7:05 PM No comments: