Grace at the Fray (A Christmas Travel Story)

Living on the fraying edge, we sometimes hang on by a thread.

And no more so than when trying to gather our widely scattered children home.

First there are tickets to figure out, months ahead of time, guessing exam schedules, holding out for the best prices.  Then there are the hopeful hints to friends to pick them up from dorms and take them to the airport, something we can't do for them as distant parents.  For Caleb there is a mound of paperwork to leave the country, and to enter Kenya. Then they have to make it through a trying semester, finish classes, study, stay up into the late hours of the night, tie up projects, write papers.  And we plan ways to drive two hours to the airport on this end, to arrange for work and life to allow the gap for the 5-hour round-trip ordeal. Times three.  A few days before there are flurries of texts and phone calls about what to bring perhaps, or about what we'll do together, or packages to be received from team mates ordering American this-and-that. There are reminders (or we forget to remind) about getting cash for travel, about early checking in, about how to transfer planes in Europe. 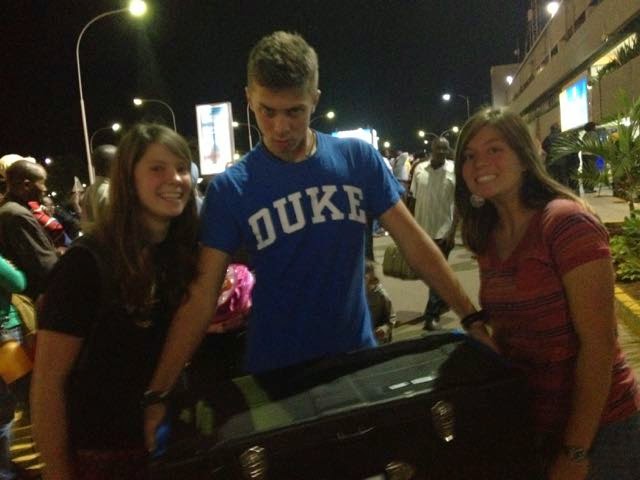 When it finally comes time for the kids to travel, everyone has already invested quite a bit.  So when the in-the-airport texts come saying : Mom, can you please call, it's kind of a crisis here . . . My heart frays, for sure. For Julia the issue was that she was returning to Kenya on the end of a round trip ticket which began at graduation.  We know that any American traveler can pay for a tourist visa, but they were unhappy with her expired Kenyan dependents' pass and her lack of a documented return trip.  I guess they worry that Kenya will reject her and they will have to fly her back at their own expense.  I was able to quickly go home and email her one-way return-to-US in January ticket on another airline, and talk to the person on the phone.  Whew. 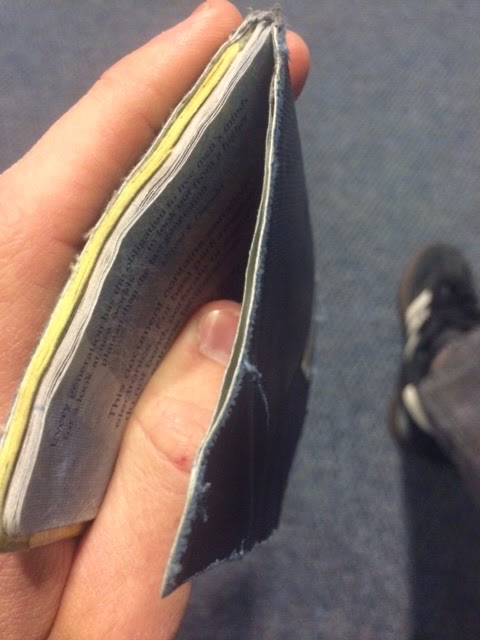 For Caleb, I slept through the first struggle.  It is never good to wake up and find 17 missed texts from 3 to 4 am, saying things like "Luke, can you get Mom to wake up?".  By 6 when I saw them it was all over, but the initial United Airlines person who was checking Caleb in flatly refused because the back of his well-worn passport is, literally, frayed.  It went through the wash a year or so ago.  He's been to a half dozen countries with it since, no problems.  But this guy decided it was an illegal travel document, and suggested Caleb delay three days.  As you might imagine, his semester is extremely demanding.  He hasn't been home here in a year.  Three days would make him miss our Kili climb.  He was pretty distraught.  In the end he walked away to make phone calls, looked up rules, decided the worst that could happen would be that he'd be detained along the way, and decided he would take the chance.  He went back and got a different agent who didn't blink an eye. 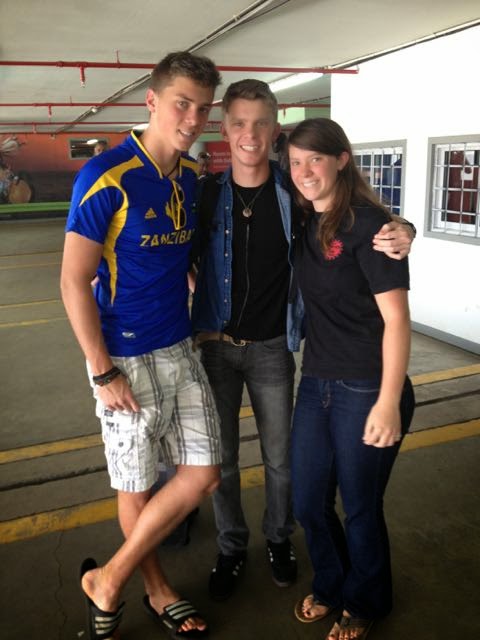 But his near-misses were far from over.  He flew Denver to Washington, had an 8-hour tedious wait in the airport, then Washington-Addis Ababa (13 hours) and Addis-Nairobi.  The middle, longest flight left 1 1/2 hours late.  For no clear reason.  Caleb had only an hour to make the connection in Addis, so he was pretty sure to miss that.  We were trying to call and email and get through to see if he'd be put on another flight today, no guarantee since they seats may have been full.  And the airport in Ethiopia is CHAOTIC.  Swarms of people, unruly lines, no clear monitors or gate numbers, buses taking people to planes (never sure if it's the right one).  Thankful for two things that saved us:  ALL THE FLIGHTS are so late that the connection was still possible, and Caleb didn't wait around but charged straight through, asking questions to find his way.  Otherwise he wouldn't have made it. Late, but here. 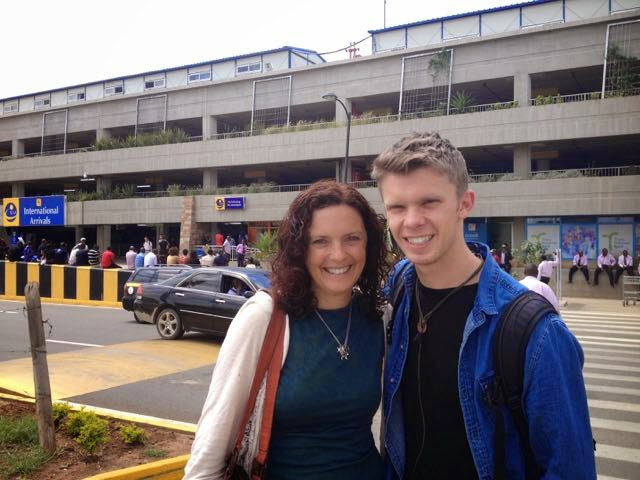 Quote of the day: "I think I just crossed the entire human spectrum of efficiency from USAFA to an African Airline."

Well, two down, and one to go.  The last is Luke, who passed the last exam of his first semester of med school and is now on the flight to Addis.  Besides a broken phone and a burned hand, we don't know of any crises yet with his travel.  But he's not here yet either. 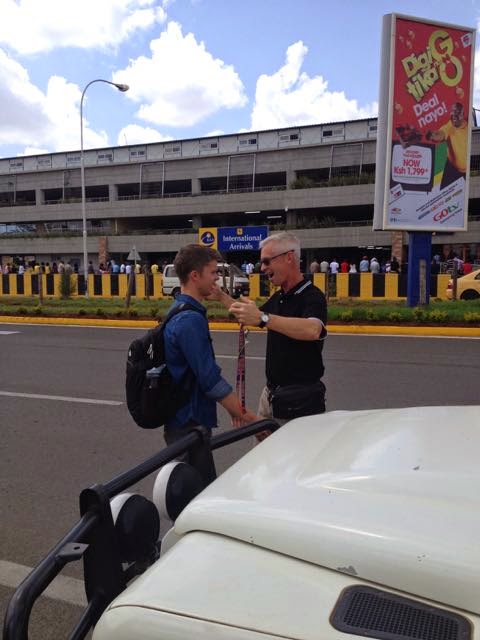 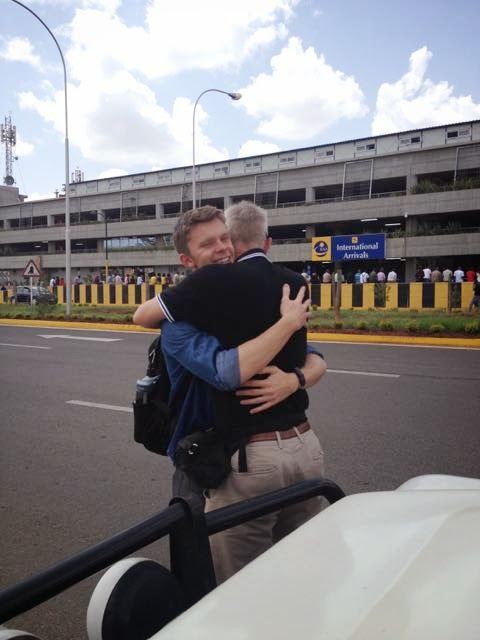