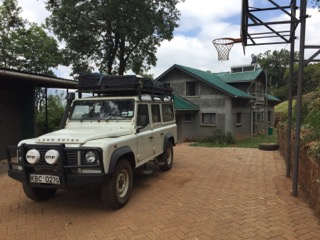 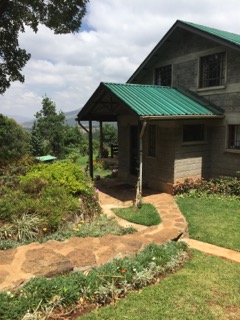 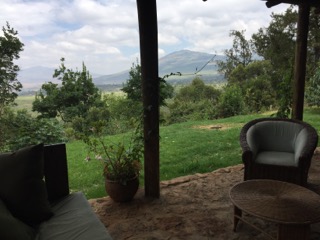 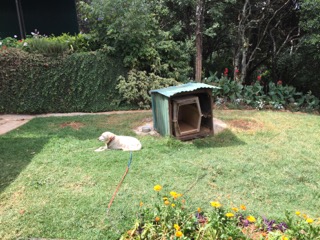 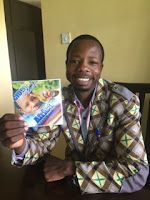 When we returned to Kenya in early July, our plan was to rent an empty missionary-home in Kijabe, in order to get through Level One and Level Two of the Growing Participator Approach Swahili program organized by Karen M,  while continuing to do our Area Director jobs.  We wanted that three-month space to focus on language after nearly a year's absence, without the pressure of resuming medical work. And on several scouting trips to our new assignment, Naivasha, we searched for housing, agreed on a rental house that was still under construction, met our new colleagues and toured the district hospital, preparing for an October shift.

Much of that worked amazingly well, in retrospect better than plans tend to unfold.  We had a spacious, secure, quiet home, on the far edge of the community, where we could study (see goodbye photos above from this morning).  We had a dynamic Swahili teacher who became a friend (pictured left with his new music DVD).  We had Jack and Julia with us for the first half of that time, which spurred us on.  We made trips to Bundibugyo, Fort Portal, Chogoria, and Nairobi, with regular Kijabe contact, enabling us to directly engage with well over half of our area.  We kept our hospital boundary intact so that language wasn't smothered out by crisis.

Except for our hearts. 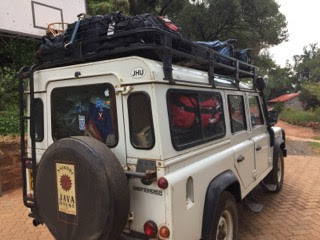 As we packed up today and pulled out of Kijabe, I think we both felt the weight of an era ending.  This was the community where we served for nearly five years, where we spent significant portions of 3 of 4 kids' high school careers, where we labored over patients and poured into colleagues and cheered on teams.  The three months back gave us the illusion that we were still in that phase of life, still immersed in that rich environment.  The Massos and Bethany have been two of the best and most consistent friends we have had in Africa; the Shirks and the Barnettes two of the best recent additions.  Going on long walks, taking turns sharing and praying, celebrating birthdays and meals, we entered back into this team with great love and appreciation, and it was only the hopeful illusion that we're not moving far that made us able to drive away again. 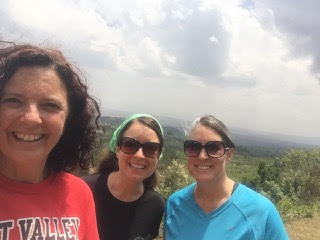 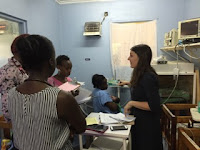 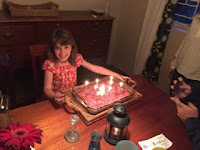 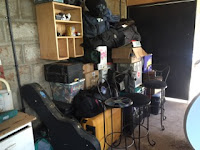 And it's been a while since we drove off into as much uncertainty.  The house we've "booked" by advancing many months of rent to help the landlord finish construction, still isn't ready, not even close, though we've seen the pace accelerate this week.  So a few days ago we (thanks to Jonah Watts and his buddies) moved our dozen trunk and bags, chairs and boxes, accumulated dishes and books and camping stuff and whatever we've not borne parting with in the move from Bundi to Kijabe and Kijabe to Naivahsa, into the Shirk's garage.  This morning we loaded the remaining suitcases, our coffee maker, a fan, computers, a water filter, some food, our bikes, all into and onto our Landrover and drove off.  For the next weeks, or month(s?) we are living out of a single guest-house room.  It's spacious and solid and has its own bathroom . . . but it's still just a room, and cross-cultural, and will take some time to figure out how to dance around the older gentleman who owns it, the two young women who manage it, for cooking and living. 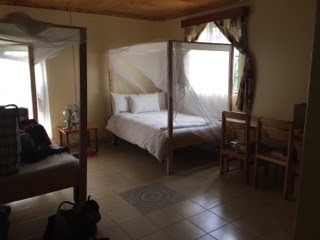 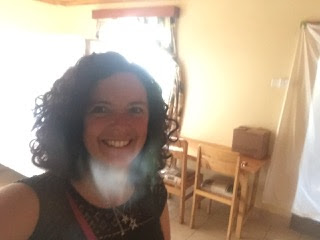 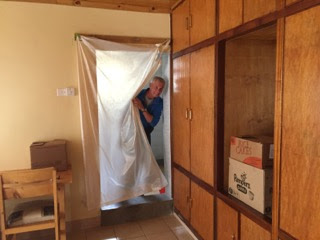 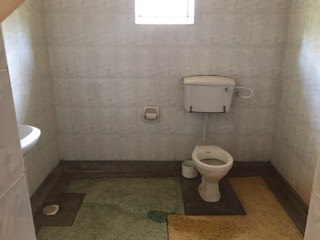 And if the tilting-off-balance of our living situation wasn't enough to test our faith, there's also the small detail that the hospital where we're supposed to start working Monday is on strike.  Kenya devolved much of the health sector funding to the county level, under pressure from the Western World who holds the purse strings I suspect, as we foreigners assume that local=less corruption.  More accountable to the people.  Only in many places we've seen, local=more pressure.  A county official has a lot of relatives.  Whatever the reason, the new system has left interns and junior doctors with months-long gaps of no salary, and now they are striking, and the senior doctors have joined in solidarity.  We've had one Kenyan knowledgable acquaintance tell us vehemently over the phone not to work while there is a strike, or risk alienating our colleagues for the next couple of years.  We've had the Medical Superintendent of the hospital tell us to come on Monday, and we consider him our primary authority.  And we've had trusted friends tell us that as missionaries we are not considered under the same standards, so working to stave off emergencies in a strike is OK.  Whatever we do, some people will be angry and others relieved.  Meanwhile the hospital is being run by clinical officers only (PA's) and women with difficult labors are going to private clinics if they have the means, or suffering, and possibly dying, at home. 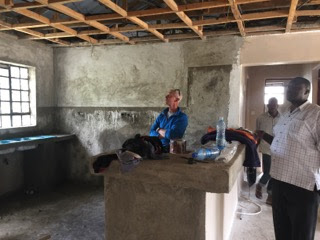 (Scott with landlord today, in what will be a kitchen . .)

So here we are, on our first night in Naivasha, in our little room, wondering what the next week and next month and next years will bring.  And sensing very acute empathy for all the new missionaries we supervise.  Transition throws everything off balance.  We have to navigate everything thoughtfully, from getting water to drink, to speaking a new language,  to entering a new work place.  A year ago, we weighed all our options and felt Naivasha combined high-volume high-need work, a potential to teach and mentor a dozen young doctors, a cohort of colleagues serious about improving outcomes, and a secular environment where gospel living could shine light.  As we move into the messy reality, we have to cling to that sense of God's leading.  And believe that in these times of being off-balance, uncomfortable, unsure, needy and weak . . God chooses to do His most important work. 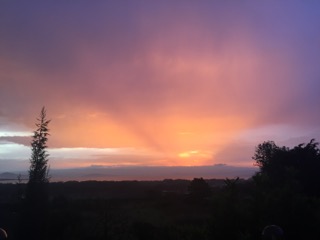 (sunset tonight, from the balcony of our guesthouse)

Holding you up in prayer.