"This is a sane, wholesome, practical working faith: that it is a man's business to do the will of God; second, that God himself takes on the care of that man; third, that therefore that man ought never to be afraid of anything."  George Macdonald.

Sounds so simple, yet in the day to day one so easily doubts.  Is this actually God's will, and does God's definition of care meet my hopes?  We set off this morning with a bit of the "first day of a new school" feeling.  But also with a confident gratefulness in answered prayers for clarity.  Over the weekend we'd had strong voices expressing opposed opinions about this strike and our response:  DON'T go into the hospital, because then the striking doctors will resent you forever and you'll ruin your working relationships.  DO go into the hospital, because the Medical Superintendent told you to and you must respect him, and the other doctors won't judge you since you are missionaries.  We asked the local church here to pray as well as our sending churches, for true wisdom in a murky situation.  And within hours, we had the "don't" voices changing to "do", several phone calls from locals affirming we were OK to go, and most importantly the blessing of my future Paeds partner. 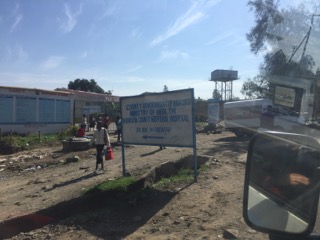 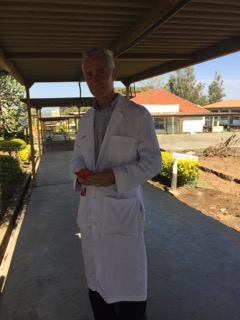 And so we began what we hope will be a year or two of partnership with this big, messy government hospital and all it's challenges.  Because of the doctor's strike, the wards are nearly empty, a peculiar sight in a place where there are often more than one patient in each bed.  Outpatient services continue, and the nurses are still working and doing a superb job on longer-term patients who didn't leave.  For instance on Paeds ward I saw four kids with severe burns, all getting their dressing changes and PT.  And in the NICU there are two preemies still in (mostly non-functioning) incubators--one was a 900 gram 26-27 weeker who had been completely managed by nurses only, and after CPAP and antibiotics and naso-gastric tube feeds is still alive at 10 days of age, though she does look a bit marginal.  Scott did ultrasounds, backed up the midwives on a delivery, and examined the women admitted with pregnancy problems. 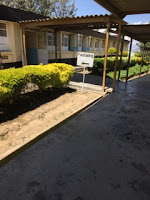 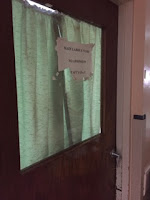 Prayers much appreciated for our clinical skills to revive from their dormant states.  For our Swahili to serve us well, and expand.  For solid working relationships with these nurses who are understandably caught in the chaos of politics they can not control.  For resolution to the controversies between the doctors and the local government, which seem to be mired in the transition from centrally-paid positions to county-paid positions.  For a boldness that comes from being in God's hands, and a humility that comes from knowing how little we know.  For opportunities to simply shine a little light for a few people, from preemies to mothers to colleagues.
Posted by DrsMyhre at 6:28 AM