Because we love America, the tarnished promise of it, the opportunity and beauty of it, even while recognizing that much of that came at the expense of the indigenous Americans and the imported slaves, we do not turn our backs.  The Constitution is a remarkable document, that contains truths which allow flawed humans to rise above their selfishness and live in community.  The land that has welcomed waves of immigrants from desperate places affords them the opportunity to innovate and thrive.  Americans are generous (we live by that), funny, smart, strong, hopeful, and kind.  We are also beset by fears at this moment, fears of the other, fear of death, fear of failure, fear of not being as wealthy as we hope, fear of getting old or ugly or fat or forgetful, fear of being left out.   Fears that leaders are playing upon, for their own agendas.

Truth, not alternative facts, will set us free.  And only love is stronger than hate.

So, in loving America from afar at this time, two pleas.

First, we are investing that which is most precious, our second son, to the protection of America and the mission of taking that constitutional idealism into the world.  Right at this moment he is beginning Ranger School.  Due to a high sense of security, we're not supposed to talk a lot about it or mention his first and last name together, on a public blog.  But if you want to keep up more closely with our family, and aren't getting our mail-chimp emails, please message me with your email address.  Here he is entering the grueling, high-fail-rate, war-simulation starving and sleeplessness program.  The first week is the worst.  Plea #1: pray for him, and for young people like him, who are the future of America and its face to the world.  Pray he would hold onto truth, hold onto love, hold onto his ideals and hopes when he is broken by the rigors of these coming months.  He needs your support. 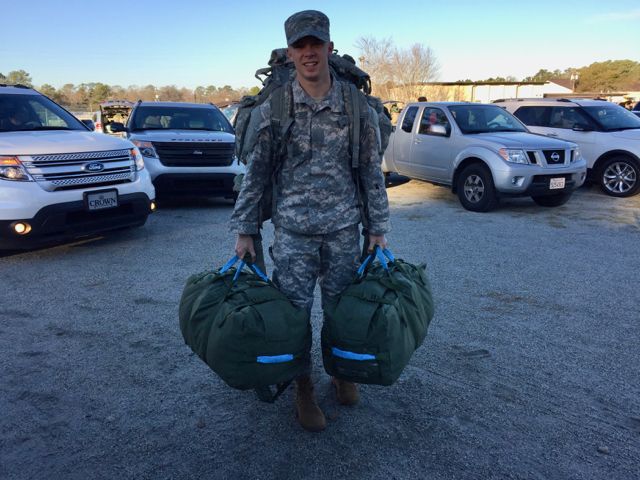 Second, keep remembering that America and the Kingdom of God may have some great overlap, but they are not synonymous.  I like the diversity of my facebook feed. One thing I notice, the Americans who live outside the United States for a period tend to have a more tempered passion for America-first.  Everyone around Jesus wanted him to win, win, win.  But He chose to walk straight into death, to expand the good news from the national interests of Israel to the whole world.  I think it's possible, and even healthy, to love America and the good it stands for, to even bless a precious child going into the hardest echelons of the military, while holding that in tension with God's concerns which are much larger than America.  To hope for a thriving USA while still grieving over war in South Sudan and wanting to welcome her refugees.  To take the one-in-several-billion risk that a Syrian immigrant would harm us for the almost-certain reality that that same immigrant would live, and perhaps experience God's love.

We may live far away, but we are putting our treasure and our heart in the country where we were born, and trusting for an awakening of mercy.

Thank you for your blog. I am praying for safety and stamina for you all. Please sign me up for your chimp email.