Today marks the 500th anniversary of a German priest, Martin Luther, famously nailing his 95 theses to the church door in Wittenberg.  He had encountered God in fresh ways, and sought to reform the church by calling people back to a teaching that we receive grace freely from a generous God rather than earn it stingily from a reluctant one.  In the process of sparking debate and pushing for change, however, the political and religious movements of the day carried his ideas into a massive fracturing of Christianity.  Much good ensued, such as Bible translations into heart languages rather than only Greek and Latin.  Much pain, warfare, and division also followed.  Having grown up Protestant, however, one hardly notices the word root is "protest".  Our narrative feels more like the true faith standing firm in the face of unreasonable opposition than like the vilified footballers taking a knee, or civil rights protestors marching through southern towns.  Can faith and protest go hand in hand?  Is is sometimes necessary, even heroic, to be fissiparous? (A word levied at our Kenyan president in an editorial this week . . and one that applies frequently to politics).

This is more than a theoretical question for the cross-cultural missionary.  How do we choose what to protest?  When do we work for slow change from within, and when do we pull out the hammer and nails and say "I cannot do otherwise, here I stand, may God help me, Amen, " to quote Luther? 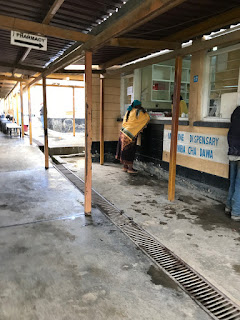 Protest comes pretty naturally to me because I generally assume I'm right.  It's not lovely, but it's true.  For instance, I had to re-admit an 8 month old who caught a very bad viral croup on our ward because she sat on a bed with her mother for a MONTH due to an unpaid bill.  I'm sure that's not legal in America and I think it's probably not legal in Kenya either, but it is a very common practice.  Once someone leaves the hospital, there is not really a system to track them down for payment.  Health care in government hospitals is heavily subsidized, but very sick complicated kids can run up bills of ten or twenty or even a hundred dollars if they stay long enough, since the public hospitals are allowed to levy small charges for the food distributed to the caretaker parent, or for linens or certain tests.  The kind of desperate people who come here often have little family support or communication.  Sadly, their relatives might prefer to leave them stranded for days or weeks (or months) rather than come to their aid with money, and the longer they stay and eat, the more their bill accumulates.  It's a complicated cross-cultural catch-22 for which I am ill equipped to make solutions.  If I hand over money, then theoretically the word will spread and no one will pay (or so I have been sternly told).  If I ignore the practice, then patients sit there for dangerously long periods exposed to new diseases (not to mention the mental health impact, or the fact that they take up valuable bed space).   I used to just call and bug the social workers until they waived bills, but now a new system was announced involving charge nurses for each ward.  Oh, wait, there is a NURSING STRIKE still, and no charge nurses.  So typical me, I protested.  Which got me absolutely nowhere.  I should know by now that you don't win hearts and change minds by pushing people.  You have to come alongside, listen, find common ground, negotiate, be patient, pray.  Sigh.

On the other hand, there must be times when protest is necessary.  When a teacher at a school we were helping lead seduces a pupil, or beats one, we have definitely drawn a line . . .  but even then, I've seen that if we do it with a high and heavy hand, we drive other staff to sympathize with the perpetrator (since the illegal activities are actually culturally common), but if we spend months and years modeling a different approach, give background, allow for discussion, put responsibility in our partners' hands, eventually they come through in a way that is more effective and sustainable.

Still struggling, I guess, with the Jesus who brings true peace at a price, and the Jesus who did not hesitate to bring division too.  No easy answers in the tradition of protest.  I'm not sure Luther would be thrilled to see the state of the church today, but I suspect he would have been proud of Wilberforce protesting slavery.

So pray for the church to have true unity in things that matter (as in John 17), and for people of faith to use discernment in working for change in ways that are generally respectful.  And that we would all know (and have courage to act) when the loving thing to do is to say:  here I stand in protest. 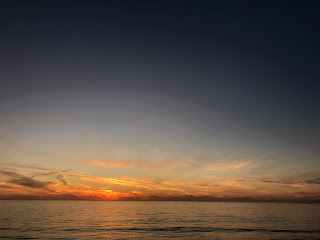