Surfing the Wave of Transition

When the moon pulls and the currents flow, washed up water recedes and a force of new water rushes in.  And a few people get to ride right on the crest of that turbulence, which can be exhilarating. Or one can feel like drowning.

This, it turns out, is cross-cultural life in a place where tradition is in flux, the old is sucked out to sea as the new crashes over our heads.

And perhaps nowhere as clear as in music.

Yesterday we spent a very sun-drenched political 8 hour spell attending a presidential visit to our district (to be respectful of our local leaders who asked us to come).  And prior to that, like every week, we attended the church service held at Christ School.  Both were events with a fair amount of music and dancing, which led us to reflect. At CSB we have 260 kids from the primary cultural groups of this district, Babwisi/Baamba and Bakonjo.  They have grown up with the receding influence of a rich cultural tradition built on family, community, spiritual fear and vulnerability, flutes that blow an airy minor scale, stamping feet and jostling bells, stringed damos with their twangy riffs, rustling grass skirts and the strong syncopated percussion of goat-skin drums. We used to hear this regularly at night, as any family with a death would be gathering to honor the departed and ward off potential spiritual harm. Sometimes it was close enough to feel eery, other times it was distant and barely perceptible. Or at circumcision ceremonies, or official gatherings. In the even older days there were competitive dances, a way for the young people of one clan to challenge another and perhaps find partners. (The best groups still come to things as important as presidential visits.)

Then came a handful of outsiders, with churches and hymns, mosques and schools. Then came the radio, with music from Uganda and beyond. Then cell phones and internet and the world-wide culture of music videos.

Now in 2019, these young people have as much or more exposure to YouTube as to clan gatherings. Dance moves that perhaps originated on this continent and evolved have beamed back by satellite. So on any given week, our musical exposure might include:


Culture is never static. And the late-teen population seems to me to be the ones to pick what moves them, what appeals, and somehow ride that wave of past and future cresting into the present. Stirred (we hope) by the Spirit, and grounded (we hope) in the truth.

*Scroll down and watch the videos with audio! 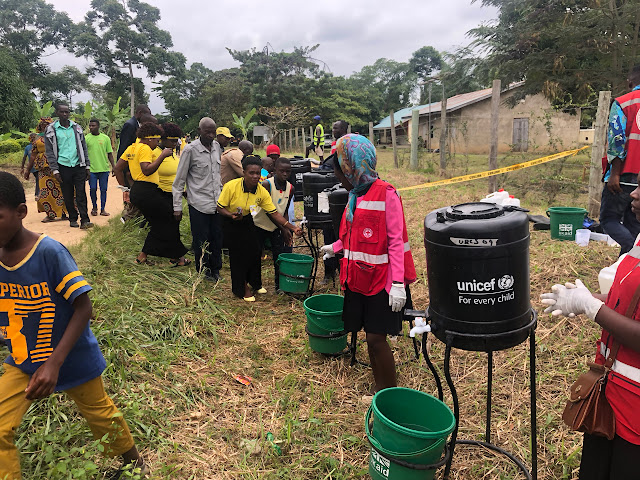 Love in the time of cholera, parties in the time of Ebola . . . bleach handwashing stations as we approach the presidential venue, a school ground with tents and chairs for the VIP's and a smashed-together standing room crowd for the rest. 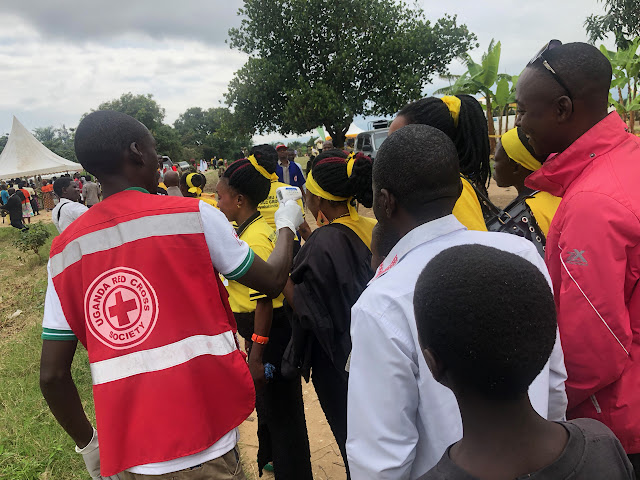 After washing hands, each person screened for temperature 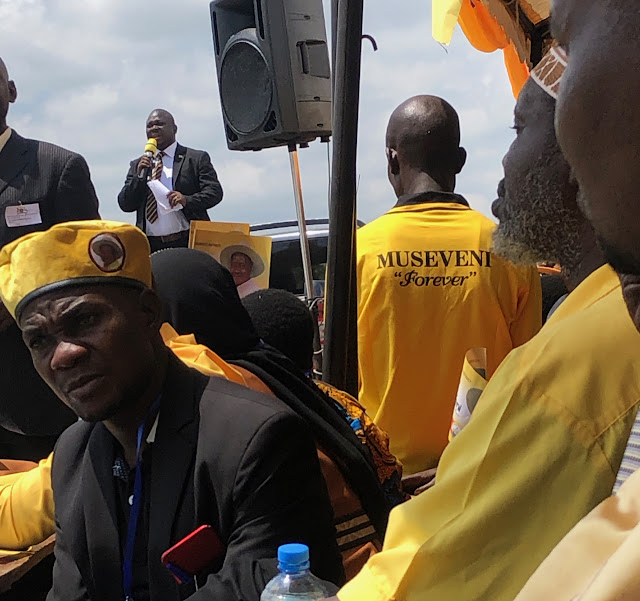 The warm-up speakers, Members of Parliament and Party loyalists, elevated in a truck to be seen and heard. 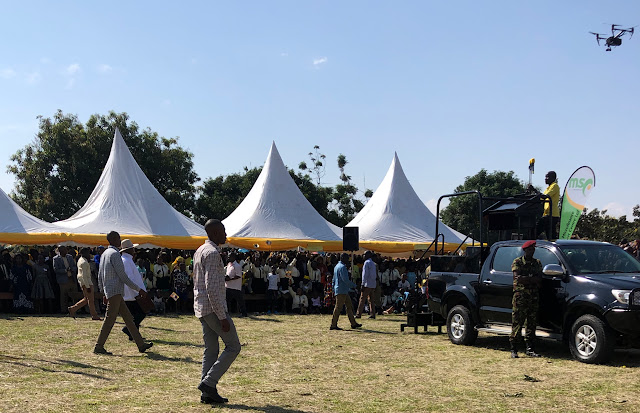 The President in white, accompanied by his plain-clothes secret service and a hovering drone, walking from his chair of honor to his own special podium-truck from which he lectured the crowd on saving money and building a prosperous country. He noticed our presence when making a point contrasting traditional inheritance (divide between sons, something he is not in favor of) with European (which he feels tends to pass land intact to one one family member) referring to "I see you have some outsiders here with you" which the MP translated "You see Dr. Scott here with us".  Ha.