Most of the last 26 Christmases we have spent closer to REAL Christmas than to IDEALIZED. Meaning, in the actual atmosphere of goats and displaced humans and out-of-hospital births and starry skies and poverty. However, this year we opted to depart Uganda ten days ahead of the end of 2019 and break up our trip to January Serge meetings by stopping off in England. Home of my idea of Christmas in many ways, dark nights and twinkling candles and stunning musical choruses, pine trees and hot drinks and baked deliciousness. And more importantly, home to Jack Myhre for this school year as he pursues a Master's in Engineering for Sustainable development. Magdalene College Library above and chapel below, home of Jack Myhre and CS Lewis 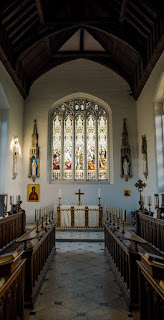 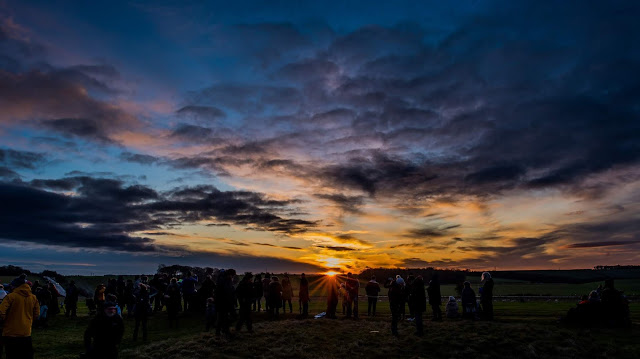 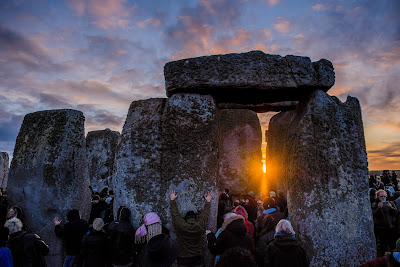 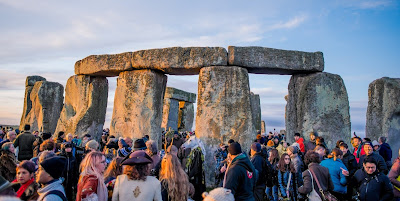 So we landed near Cambridge just as the winter solstice tipped us into the longest night of the year, rented a car and spent the evening with Serge colleagues in Harrow en route to Stonehenge. Jack had found out that for the winter solstice, access to the ancient site for sunrise is free . . . in prehistoric times, people hewed these massive stones and lined them up to catch the sun's rays at the solstice. So we joined hundreds of other adventurers in the predawn darkness and waited for the light, a fitting closure to a 2019 that has been full of sorrow, plague, war, lawsuits, threats, need, landslides, transition, and welcoming a new year where God's light will grow. 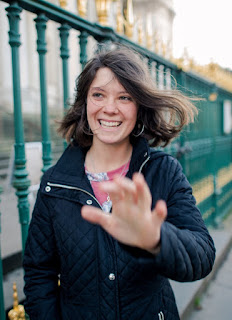 when your brother puts a camera in your face once too often . . 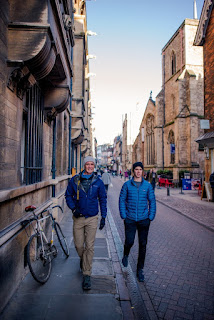 From there we picked up Julia and Caleb and went on to our AirBnb in Cambridge proper for three days of immersion in Christmas and college. We climbed towers and walked lanes, perused books and admired chapels, gazed on art and toured libraries. But our real purpose was to camp out on the sidewalk all night on the 23rd so we could attend the Christmas Eve Festival of Lessons and Carols at Kings College. This service has been celebrated for a hundred years, since young men limped home from WW1 (movie plug--go see 1917, it is excellent) needing to be re-grounded in history and hope. We have been listening to this service on BBC in Uganda and Kenya for decades. And it was a bucket-list joke to say, some day, let's go to the service for real. The line forms around dusk, and by dawn there are hundreds of people waiting. We staked out our little piece of sidewalk with cardboard to sit on and blankets and umbrellas to survive the hours of cold and rain, about 50 back from the front of the line. Amazing story: one of the couples Scott went through residency with, who has supported us all our time in Africa, was doing the same thing with their kids. Fun. I personally huddled under a tarp and shivered and slept curled up for a few hours, because I can sleep most anywhere and because when they hand out the tickets at 7:30 am, I knew most people would sleep a few hours back at home but IT WAS CHRISTMAS EVE BAKING AND COOKING TIME!!! 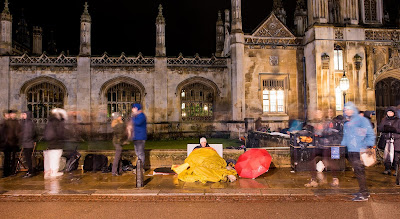 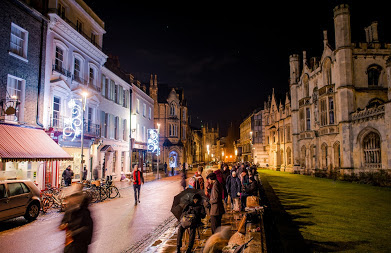 The doors open to the ticketed diehards at 2:30 pm as we all returned, showered and dressed nicely and eager to worship. The Festival consists of 9 lessons, from Genesis on through the story of Jesus' birth and the wise men and the slaughter of the innocents, interspersed with carols sung by the Kings College Choir. The most iconic is the beginning, as a young boy soprano begins "Once in Royal David's City" alone as the choir enters. The organ swells, the congregation joins, stands, sits, meditates.  It was glorious. 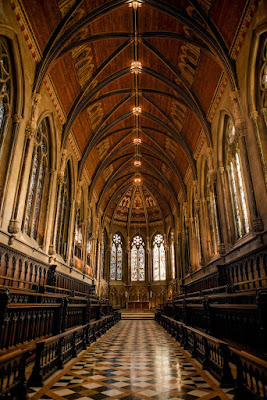 And since we spent our family life in British colonies, we go to church on Christmas morning too. Which was almost better!  A smaller intimate group in another spectacular historical chapel, original music written by the organist, a meaningful sermon looking at the foreshadowing of suffering in the Christmas story, the sacrifice of redemption. Communion.  And as we filed out into the entry of the Trinity Chapel, cold flutes of champagne and warm mince pies and Merry Christmases all around. 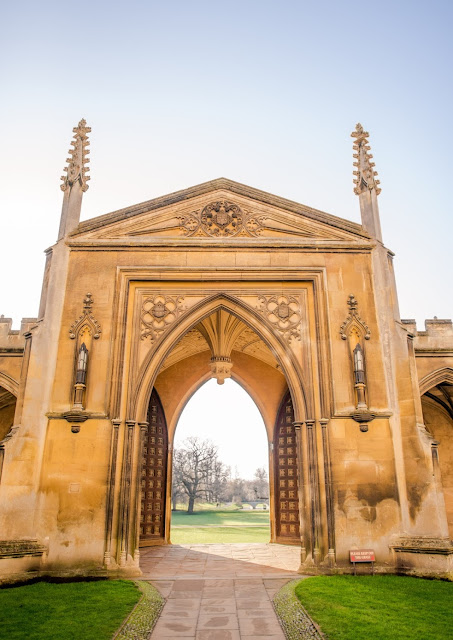 Back at our AirBnb, the kind proprietors had put up a tree and lights. And the ever-faithful Schuberts sent us a puzzle, this one of photos from Luke and Abby's wedding. So we had our traditional meals and goodies and gathered around the tree and worked on the puzzle and thoroughly enjoyed the days. 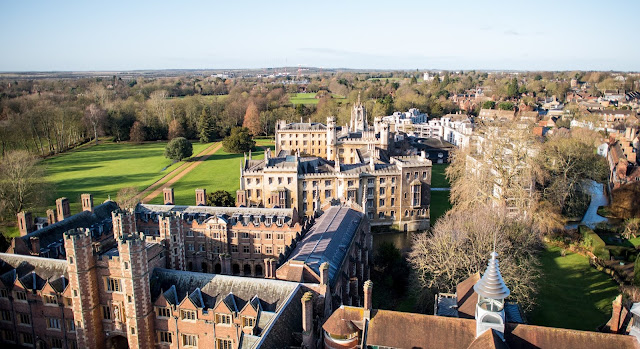 Christmas in Cambridge, highly recommended.  Christmas with 3 out of 5 kids, priceless.