The Inefficiency of Love

I survive on efficiency.  Multitasking, prioritizing, keeping balls spinning in multiple spheres.  Up until 4 am?  Working all day?  Dinner for 10?  Parent with a sick kid asking for help?  That's how it goes.  As in, literally, yesterday.  Which is, I suppose, a form of love.

But there is a certain inefficiency to love that interrupts, that doesn't add up, that has its own beauty.

As in, literally, the Christmas Package. 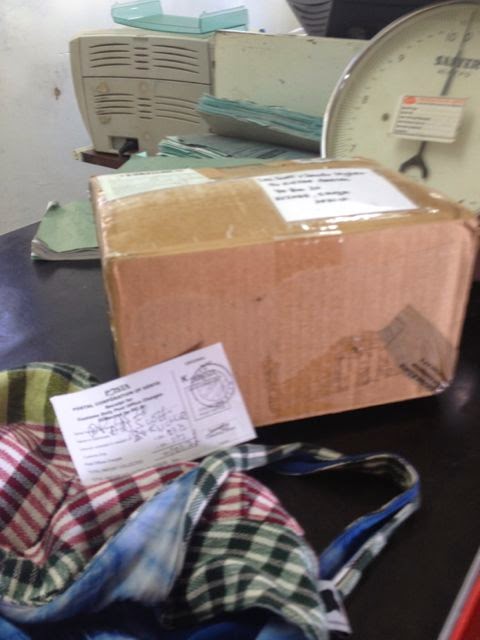 Yes, every year, our faithful friends in Cincinnati send us the Christmas Package.  There is always a puzzle and some treats.  It is not fancy.  But it has been a rare constant in a life of uncertainty and alienation and we LOVE it.  The puzzle is a family tradition in the week before Christmas, it stays on the table until it is done.

So when a clerk passed me in a basement hall of the hospital yesterday and said "Mrs. Doctor Scott?  You have a package slip!" I knew this must be our friends.  It is often the only package we get in a year, and for good reason.   This is the inefficiency of this system:

Over a month from mailing to receiving.
Postage is twice stated value of contents.
Hospital does not want to put package slip in our mail slot in case it is stolen, so it waits until someone happens to tell me the package is there.
I walk to the post office to retrieve it.
I pay then 75% duty on stated value of contents, meaning that if X is purchase price of goods, the actual cost is 3.75 x X , as in almost quadruple.
The Kenyan postal service has opened the box and unwrapped every item inside, then jumbled them back in with tape.  They even cut open with a knife slit the ranch dressing mix.  In case it was cocaine I guess. 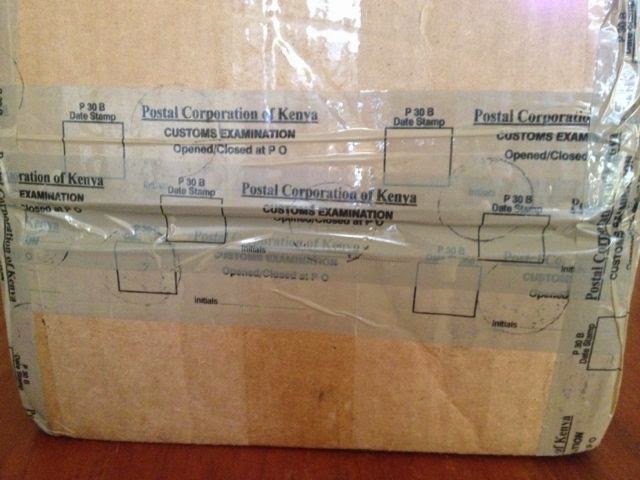 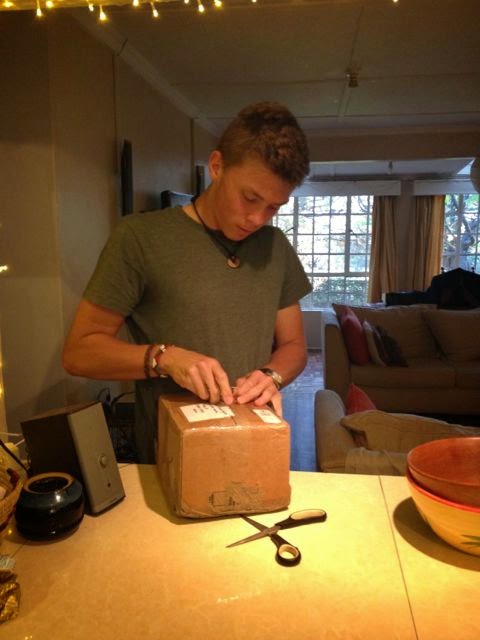 But the truth is, this package makes us feel loved.  This friend was an MK herself.  She knows the value of tradition, of small pleasures, of being known and remembered. 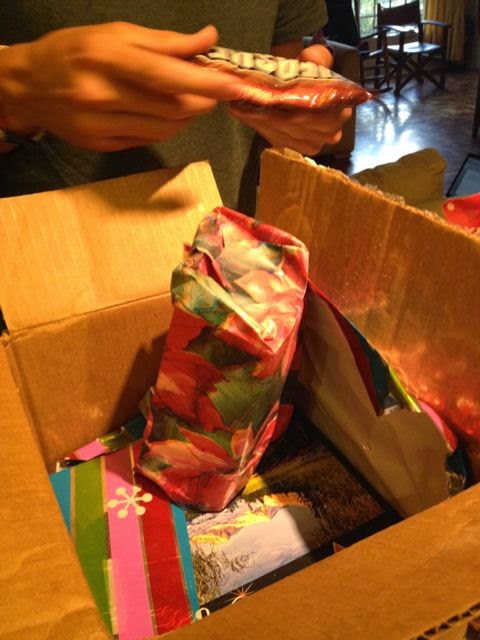 This is love.  Even if it costs four times what it should, and takes months, and arrives damaged.  I need prayer to be a loving person.  To waste time.  To not keep packing life until it is well-wrapped and cost-effective.  To focus on the people and things I care about even when pressure is on to be more efficient and do more. 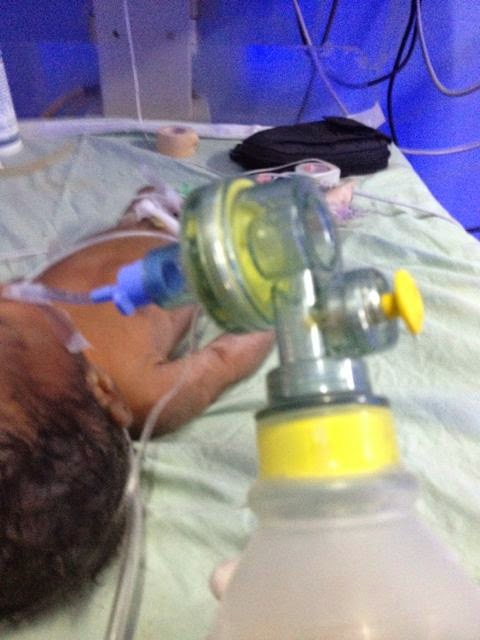 One night this week, I was rattled out of bed at 3 because a slightly premature but small stressed baby had been delivered by C-section and had no heart beat or signs of life. He was known before birth to have some congenital malformations.  Even though I got his heart started and he turned pink, I knew his brain was not going to recover.  But his mom had general anesthesia and was in the hospital alone.  I decided to keep giving him breaths until morning, when I could talk with the grandmother and mother, pray, and have them hold the baby.  My hand was cramping after a couple hours of bagging. I got the kind and handy biomed tech to jerry-rig some connections on an old ventilator finally. But morning came.  We took out the tube, and he died in his mom's arms.  That was not efficient.  But I think it was love. 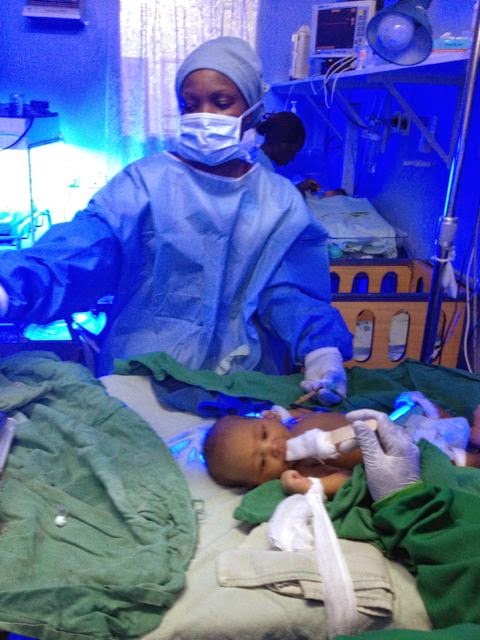 Another night this week, it was a jaundiced baby.  I tried to bring the bilirubin down with lights and fluids.  I ran samples to lab myself, waiting and hovering, willing the news to be better.  It wasn't.  An exchange transfusion was indicated.  It was midnight.  My intern was a star.  We worked together, and got it done, and the baby is fine.  By 1:30 am I sent her home to rest, just as I was called to ICU. 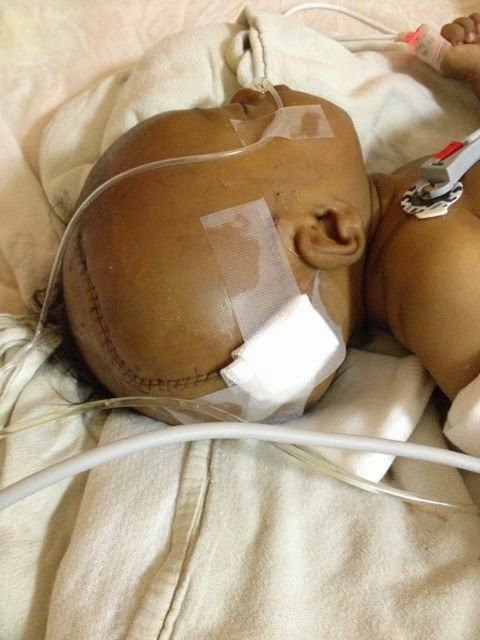 Another infant with a head injury and bleeding between his skull and brain was not breathing.  The next two hours I spent with him, putting in a tube, giving breaths. Suctioning, monitoring, watching.  It was one of those nights where nothing worked.  By the time we got an xray, the tube had slipped out.  But by that time, he was breathing again, and we had made it through the night.  He held on for a couple more hours then went to surgery to clear out the huge blood clot.  Now he's breast-feeding and crying and looking like he will live.  Some very inefficient hours fixing stuff, searching for stuff, repeating stuff.  But that, I believe, was love too. As I walk back and forth to the hospital, trying to squeeze some efficiency into hours that might yield some sleep, I ask for grace.  Grace to be like my friend in Cincinnati, to be like Jesus.

Jesus sat by the well and asked for water.  He waited three days to show up at Lazarus' tomb.  He walked and wandered.  And I'm sure He would have sent Christmas packages, even if they were pillaged and costly.  In a way, He was the Christmas package, cut open and betrayed and yet a physical palpable inefficient love.

Love you, Jennifer. So glad that package came and reminded you how loved and remembered you are - still. Thanks for reminding me of inefficient gospel love:-).

You are loved and loving. A good reminder that love this side of heaven doesn't show up as a perfect gift...it's the showing up at all sometimes. As a mom that's a great thought.

This idea of inefficiency + love is one I've been wrestling with for awhile now. A friend posted a photo this summer with a caption which said, "I think sometimes we are called to be extravagantly inefficient in the way we love people." Someone commented that a friend of theirs said "The opposite of love is efficiency."

I read this all aloud to Ashland (one of our summer interns) and she and I proceeded to chew on that for weeks. I feel like I still am chewing on it and thinking through it in some ways. I don't think that love and efficiency are opposites. I do think sometimes we can lose sight of loving well in an effort to be most efficient.

I do agree that we are called to be "extravagantly inefficient" sometimes in how we love. And I think sometimes I see that more in Bundibugyo than anywhere else. I am learning that love here is not often efficient nor does it mean my days and goals are often as productive as my American self desires them to be. But what I want to be asking myself and be about is how did I love people well? Not first what did I accomplish or how was my performance, what things can I cross off my list? But how did I express love, inefficiently, messily, with ripped open pieces of life and hearts, not wrapped in a neat package but just real and broken and right where we're all at?

Most days, this is not my question or my goal. Most days I'm crossing off my lists. But slowly slowly, Jesus is refining my heart, my desires, my goals. And my American efficiency is being examined in light of the gospel and grace. I'm trying to let Him show me what love looks like here, efficient or not, maybe both and at different times, but maybe a lot more of the inefficiency. And He's working on this stubborn, impatient heart to slow down and see and hear and love. Imperfectly, brokenly, redeemed by grace alone…that kinda love and that kind of salvation are not efficient. But they are real and they are true. I hear you sister, and my prayer too is that His grace would make me more like Him in how I love each day.

And maybe now I should write a blog about this since my comment is just abut as long ;)

I too found your post profound. The questions you raise, the reserves of faith you call on, the paradoxical nature that inhabits all our days and ways makes me deeply grateful for your blog. I am going to try to find a way of communicating what a blessing your writing is in my next article about your work. Thank you. May God rain down blessings on you all. Judy in HMB