The centrifuge of suffering

In Bundibugyo, the Paeds ward is a centrifuge that applies a centripetal force upon all the misery of the world and distills it down into the bodies of dozens and dozens of small people. 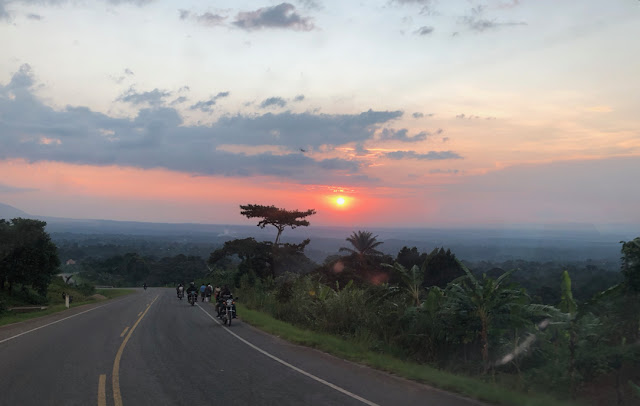 This beautiful place, like all others on our planet, has a hidden brokenness. As we round the mountain curves to return home, I see the smooth amazing pavement which has replaced one of the most difficult roads in the world. I see the outlines of palms and the vibrant green of banana trees, testaments to rainfall and abundance.  I see songbirds and sunsets, hear laughter, creativity, resilience, commitment.

But spin the globe a few times, and then enter the ward to see what settles out. Malaria, malaria, malaria, and the nurse tells me they lost one last night because the quick-acting and effective artesunate is out of stock. My first patient is a newly admitted 4-year-old, gathered on the floor on a mattress with her mother and little sister. I can see her skin is tortured with scabies (a mite) and her face puffy with marginal protein in her diet. Her baby sister's clothes, her mother's thin-ness . . . I am nearly certain that if we tell them to buy artesunate in a clinic, they won't be able to. We have a national medical store that supplies the district, but our population is large and growing, our malaria progress has stalled, the rain this year never stopped, and the vials of medicine run out too fast. We try giving her an oral dose which she immediately and dramatically vomits out. So I end up driving into the market and finding a private pharmacy where I can purchase 8 vials.  8 lives. $1.67 per life. 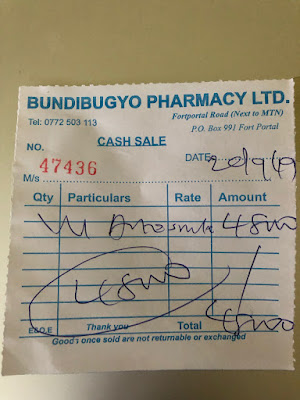 A few beds later, an 8 year old with HIV/AIDS. I had seen her just before I left for Serge meetings, suspected she was failing treatment, and obtained a specimen container from the lab for her to cough into to diagnose possible TB. We enrolled her for nutritional help, talked about medicine compliance, and left the student doctor to follow her.  Two weeks later, there she was. About four times someone had re-written the same plan in her chart, but nothing had happened. Her attendant grandmother did not have the understanding to complain, to push, to advocate. She lost the specimen container.  I found her not eating, breathing fast, coughing, vomiting, dangerously thin and dehydrated, not getting medicines, patiently waiting for a miracle I suppose. Caring for advanced immunodeficiency requires a fair amount of resourcefulness. To keep up with pills, with check-ups, with care. Clearly the decimated body of this child showed her family could not manage. We found an NG tube and I pulled a nasty looking fluid out of her stomach; not an ideal specimen but hoping it might show us if she has TB. We restarted meds, and a new plan for milk and hydration. The HIV virus is not highly prevalent here compared to many areas, but even 3% of 300,000 people is still 9,000 sorrows.

Across from her, a 2 year old with pale hair, big eyes, swollen limbs, skin ulcerations. His mother left him with his father as the marriage dissolved. His father, it seems, was nearly blind, in his 60's and in poor health, and really had no business getting this much younger woman pregnant.  Months later, he barely found his way to our outpatient nutrition program with his son having dwindled to near death, and the team quickly realized the need for inpatient admission. Thankfully the "divorced" mother's mother, the child's maternal grandmother, surfaced to stay with him in the hospital. His wounds look much better, but he lays stretched in the bed, listless. And his caretaker grandmother complains that while she gives him the therapeutic milk, she has nothing to eat herself. Adults suffering sorrows and making choices and having relational rifts that spin down to nearly kill a child. 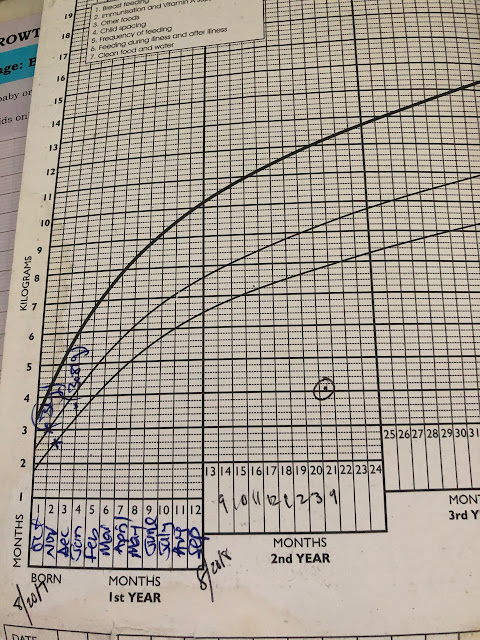 Another twenty patients, sickle cell anemia, transfusions given, wheezy coughs, pneumonias, too-early weaning from breast feeding leading to intractable diarrhea, abscesses. I'm almost to the back wall when I see teeth way to big for the mouth of what looks like 3-month size baby. This twin is over 2 now. The mom tells me a story about going into labor too soon, delivering on the way to the hospital, an evidently poor birth outcome leading to severe brain damage. The other twin though looks normal. Something about this baby's spasms just grabs my heart, she really looks like she is suffering. How is it to be this mother and watch this happen, hour after hour, month after month, year after year, in a place with so few options? How is this baby even alive? 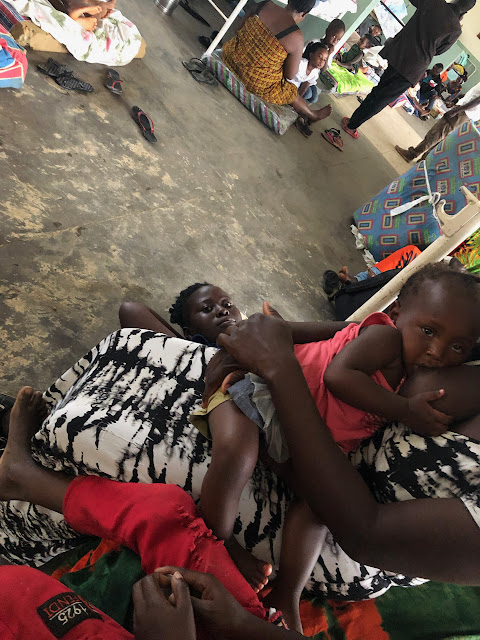 And so it goes. The day began with a nearly two-hour all-staff meeting about laboratory quality improvement, and ends with Jessie and I in the District Health Office trying to make sense of the large numbers of malnutrition patients in our books versus the small numbers in the hospital's reported cases. It takes a lot of time and effort to identify the point of the gap, and set up a meeting for Monday. Both of these sessions are very important, because donor money demands results, and the lab and the nutrition help we get will not continue if the data does not show competence. The list of problems to overcome to make changes seems daunting: interruptions in electricity, a broken generator, no service for the machines, running out of paper, out of medicine, out of forms, out of uniforms, out of staff, out of time. This hospital was designed to have 100 beds and serve a population of probably 50,000 in the 1960s. (Uganda and I are the same age, and population in the country in my life has gone from under 7 million to well over 40 million. ) The budget for Bundibugyo hospital for operating expenses (not counting the staff salaries and the standard medicines supplied by the government) is $12,000 A YEAR.  I suspect that keeps a comparably sized American hospital running for about 10 seconds.  So we problem-solve where we can, improvise, document, fund-raise, teach, help. 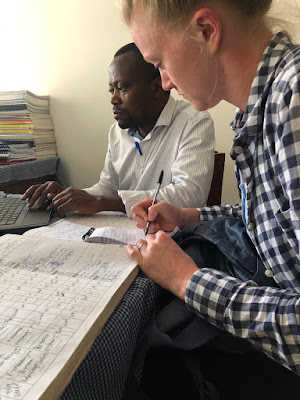 Budgets, education, lack of supplies, politics, power, accountability, belief--these huge and nebulous issues are hard to even grasp. But when the centrifuge spins, they bore down into the tiny lives left covered in insect bites, apathetic with hunger, shaking with fever. 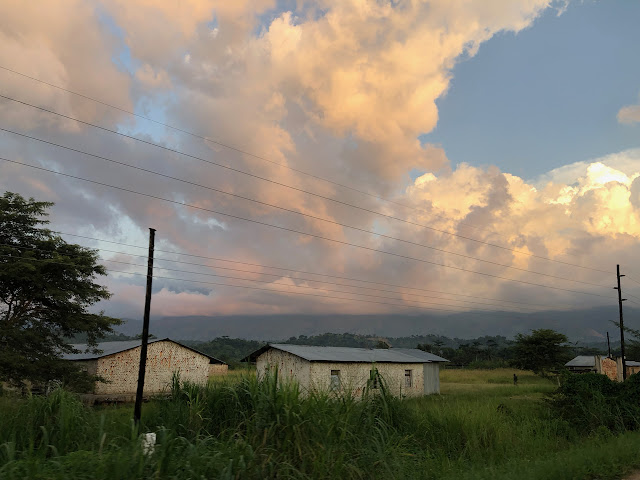 Lord have mercy.
Give us wisdom and stamina.
Amen.
Posted by DrsMyhre at 4:32 AM

$1.67 per life. It's hard to wrap my head around why this is a problem in a world in which people think nothing of dropping several hundred dollars on a new cell phone every couple of years.

If we donate to Serge, is there a way to make sure it goes to medicines?

ChrisB, you can go to serge.org and follow the GIVE pathway (Give to a Project) designating your gift for the "Bundibugyo Medical Fund". Thanks so much. Scott