Of Death, Daffodils and Resurrection

Easter Sunday finds us quietly awakening in Sago, WV, less than a mile from where 13 men were trapped by an explosion and collapse in 2006. One was rescued alive, for the other twelve the vigil yielded only grief. That vigil may have had echoes of Easter's. Not our modern Easter, where we know the end of the story. The original, historical one, where the body sealed into the ground could only have been considered lost for good. Some of Jesus' followers ran and hid alone while others did gather together, though none wanted to bring attention to themselves.  Even the Mary's who stood by the cross, who wiped his feet with perfume for burial, who prepared the spices for proper embalmment to augment the hasty disposal of the body after the shameful execution, did not anticipate the events of Sunday morning. They spent their Sabbath in stillness, empty, depleted, crushed. The rescue ended in defeat, thought they would still risk the ire of authority to witness and attend to ritual, they did not dream of any change to the ending. Men in a collapsed mine do not return after days. Nor does a body that has been hung by spikes on a wooden crossbeam, stabbed, declared lifeless, sealed in a tomb with a guard. When the earth covers a life, the end is deep and final.

Unless, of course, that life is a seed. 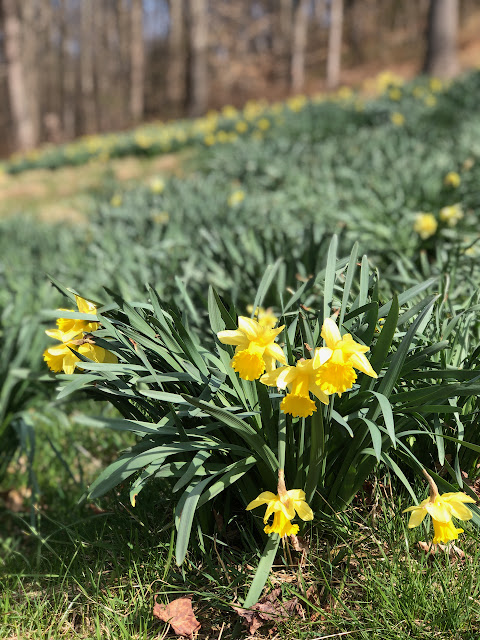 We landed in the USA in the late afternoon Saturday, and drove 4 hours to the farm, arriving well past dark, making a 10 pm dinner and then falling into bed. So when Easter Sunday morning awakened us, we were delighted to see hundreds of daffodils. I planted some bulbs six years ago when we spent a sabbatical year here, but most have propagated as descendants of bulbs planted over the last century of farm occupants. You would never know that so many daffodil bulbs lie buried beneath the meadow grass behind the barn, until the lengthening of days around the equinox wakes them to sprout. The trees are still bare, just a suggestion of buds at their tips, and the temperatures were dipping to the 20's here last week. We passed patches of snow coming over the mountains. Spring has just begun to edge winter into the past. But the daffodils raising out of the brown grass of last summer, the brilliant green spears of their leaves and the dazzling drops of sunshine in their flowers, testify that the rest of the transformation will follow.

This is the resurrection we celebrate today. It's not summer yet; winter still grips too hard. But there is one who went into the ground and blossomed out in beauty, in life, ahead of the rest. When Jesus walked out of that tomb at dawn, folded his shroud and stepped back into the world, he became the living example of that future we all hope for. Yes, we still live with collapsed mines, and this year with an ongoing pandemic that has killed hundreds of thousands of people and left us all weary of isolation. The weight of impending doom that we have been carrying for a year; the delayed connections, re-shaped work, ever-shifting coping with barriers and expectations. The extortion we are facing on our land case, the sorrow of death and hunger we touch daily. All of this is barren trees and patches of snow. And yet . . . the daffodils have bloomed. Jesus resurrected. 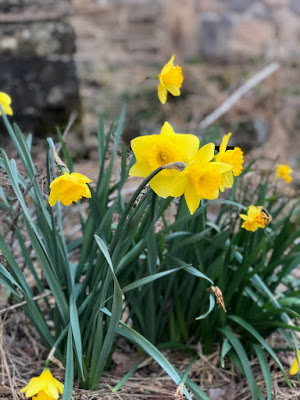 The first Easter morning was a time of confusion, of questions, of we-hardly-dare-to-believe-our-eyes bewilderment. Of people alone, in handfuls, running, passing a message. Of a paradigm shift so radical we still write books and can't explain it all. Because one man walked into death and back out alive, we all can follow. Because the entropy and despair of this world turned in his body towards health and hope, the entire creation can be made new. Because he led the way, we are invited to follow participatorily.

Easter begins the mission in which we now immerse ourselves, in which we now get our hands dirty into this earth, in which we now drip our sweat and our blood. The mission of bringing the groaning of creation into the future newness. That might be raising a child, or teaching a class, or performing a surgery, or feeding the hungry. Or planting daffodils. 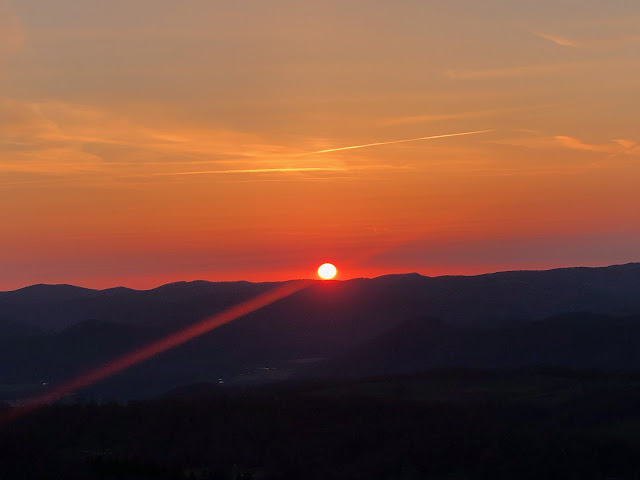 So thankful for how you use your God-given gifts to bring beauty to lives.