Palm Sunday, all of Jerusalem on the Jesus bandwagon. He rides into town on a Zechariah-prophesied donkey colt, to the sound of jubilation. Probably the crowd is anticipating the end of Roman oppression, a return to the glory days of the Davidic Kingdom, regional respect and prosperity, with a king who can heal people and make wine and multiply fish and loaves to boot. It's a high moment, and yet Jesus consistently returns to his theme of approaching suffering and death, which no on seems to hear. They want to be on the winning side. 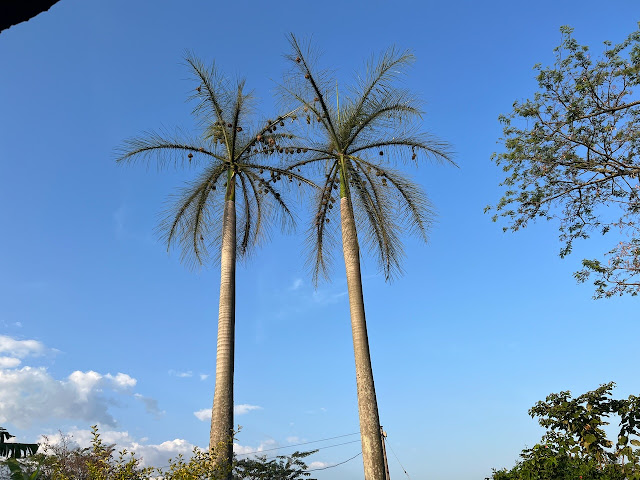 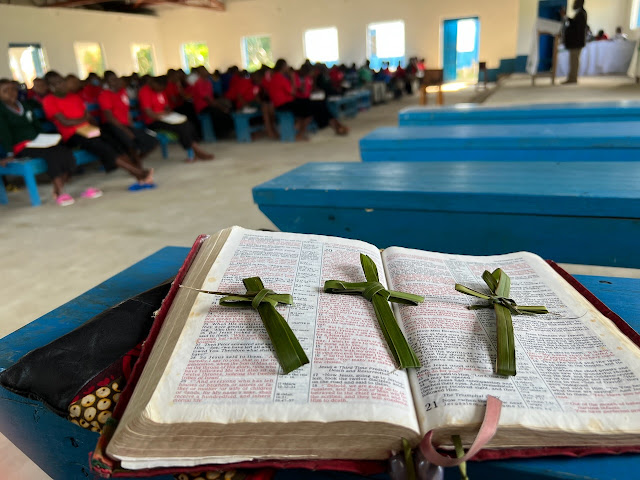 Palm Sunday service at CSB, with palms that have twisted to cancel culture

Even me, as we say here. I would choose power and healing and food and drink over a slow execution any day. Yesterday Scott finished the installation of the overhead projector for the new chapel at CSB. He has poured a lot of his life into this school and lately that's been finishing a huge meeting hall (aka The Chapel), including roof, floors, windows, doors, electricity, all through funds raised from our team's parents to bless parents of CSB students. As he got the video going and connected it to the TV, the students were able to watch the end of a Premier League soccer match. And they cheered, universally, for the team that was already winning.  It's what we humans like.

By the end of the week, the crowd is jeering. They switch sides when it becomes clear the power has shifted to the religious and political establishment, away from this upstart itinerant. Not much has changed in two thousand years, except that we can jump on the bandwagon faster from all over the world and then be convinced en masse to cancel what is out of favour. If Jesus were here today, we'd all be deleting his InstaGram account this week.

Our preacher at CSB today related Palm Sunday to the kids. We have 380 of them, the biggest enrollment ever. And a new Chapel, and an overhead projector that works, and a girls' football team that went to regional quarter-finals (excellent for our rural distant school), and smart uniforms and good choirs, and this week the end of exams and closing of term one, after two years of COVID sorrows. Chaplain Edward told them, as you go home, you might feel like you are somebody pretty special. Maybe not quite messiah-king material, but almost. When you get there, your parents will celebrate you perhaps, but you will also find reality, find some hard truths. He estimated 90% of local homes have some role in hosting refugees from the DRC. We're getting requests from neighbours to help them with food for the larger family crowd, and meeting with the district about responding.  Chaplain Edward warned them that they might be crowded out of their usual room for sleeping, or making do with fewer meals. And so like Jesus, they are progressing by the end of the week from the celebration of Palm Sunday (we literally have a huge event planned for Wednesday to dedicate this new chapel with speeches and songs and food as the Learys bring a visiting team) to the suffering of the cross. How will you respond, he asked? Will you, like Jesus, choose to serve? Will you try to bless and help your family humbly, sleep uncomfortably, work dirtily, garden and cook and clean? Or will you demand your honour and expect others to serve you? 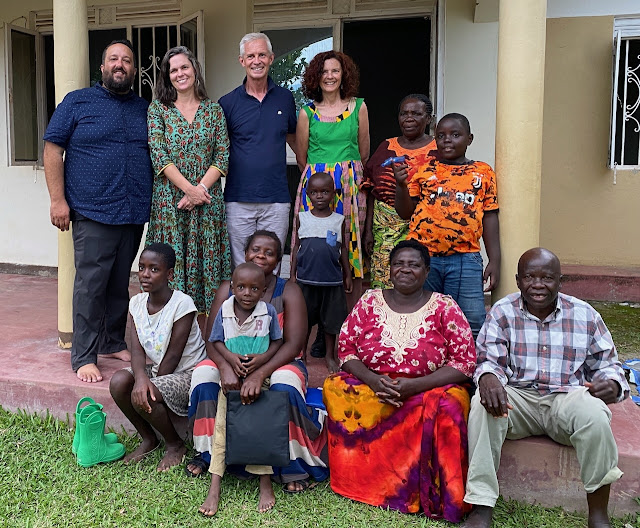 Our return to Bundibugyo has had some sweet moments, perhaps a taste of the Palm Sunday bandwagon. Friday we were invited to a celebratory dinner by one of the church elders we have known almost 30 years, and he recounted with flourish times we had provided medical treatment for his relatives or given him rides. Many friends have come to the door to be grateful with us for God's mercy. Yes, we've invested our lives in a small obscure place, but hey, if you almost die and show back up, it's nice to feel like people cared. They did, and do. But that's not the goal of Jesus' life or our mission. There is still abundant evil to struggle against, and the brief bandwagon quickly devolves to hard realities. Corruption, missing paperwork, tangled messaging, conflict, people with intractable illnesses and needs, insecurity both macro (armed rebels) and micro (doubting hearts). Scott reinforced the chapel message when he was called up at the end, describing that though he's Chairman of the Board of Governors and a father in his family, he still chooses to clean up the dead rats or empty the garbage or wash the floor. The more I try to approach "normal" old life, the more discouraged I am by my limitations and the burden that puts on others, particularly Scott. Maybe it sounds trivial to break a dish or struggle with an email, but it doesn't feel trivial when it's because of neurologic impairment. I'd rather have this be a story of triumph than one stuck in messy chapters of unknown duration.

Servant-leadership has been a value of this team, this school, this mission from the start. You'd think we would naturally have that down, but this Holy Week reminds me that we humans in all eras still want to win rather than to die. The good news is that as we follow Jesus into the Garden of Gethsemane this week, the priests' courtyards, Pilate's porch, the hill named for a skull, that paradoxical route leads to life. While I'd vote to fast forward to Easter morning, and to fast forward to a strong body and mind, Jesus asks us to hang in through the Holy Week and the Holy Life where we swat mosquitoes and get interrupted and cry and disagree and are sometimes even hated or hurt . . . because this road leads to Redemption.

"messy chapters of unknown duration"... I am so thankful for the gifted communicator God has fashioned you to be.
My messy chapters are different from yours in many ways... but the universal truths you remind us of are so helpful.
Praying on,
Deborah