Thank you for Surviving: Thanksgiving in the context of risk, celebrating with community

Thanksgiving, an American holiday but a universal foundation for life. Reaching the 4th Thursday in November outside of American culture means that we have zero advertising promotion of turkeys or parades or time off or football or pumpkin or pilgrims. Instead we have another day in a country that is reeling from Ebola and struggling to address poverty and hunger and unemployment, that is rapidly attempting to organise and modernise and educate and cultivate. Except for the Ebola (in those days it was small pox and a dozen other plagues)  . . . not so different from the 1621 harvest-time feast. Thanksgiving comes into the context of risk, and thanksgiving calls out a communal celebration.

In Uganda, webhale kwejuna, thank you for managing to survive, is the traditional greeting to a new mother. Because childbirth is risky. And that captures the spirit of this holiday. In agrarian societies at the mercy of rain and weather, making it through to the next harvest is never guaranteed, the hungriest times being just before the food is replenished. And for the early Europeans attempting to colonise North America, the terrain, the defensive inhabitants with their suspicion and resistance (well founded, as it turns out), the impending cold of winter, the dangers of the voyage . . . all added up to a sharp awareness of the fragility of life. Just as childbearing brings dangerous hours into a woman's life, so that on the other side we note even survival with thankfulness. And while Thanksgiving in the USA was intermittently emphasised for the first century of the country, it became a more universal national holiday when? In the Civil War, 1863, in the context of the worst days of our history. That's when we needed to give thanks.

In Uganda, many greetings start with webhale, with calling out thanks, because we need to see life communally, to draw each other into truth. Being thankful takes discipline, intention, awareness. I suspect that's why the leaders of the pilgrim and indigenous American communities saw the importance of marking the day, and that's why the Psalms and the whole Bible have to keep enjoining us to taste and see. Hardship slams into us and grabs centre stage; it is a choice to instead lay out a table, sing and eat and celebrate. Reaching that point alone is nearly impossible, but in community we get a new and nuanced view of our situation, a reality check that we are part of a family.

So the context and celebration of thanksgiving, Biblically as well as historically, is that in the proximate inevitability of suffering we open our eyes to the undercurrent of good by gathering together to name the blessings. 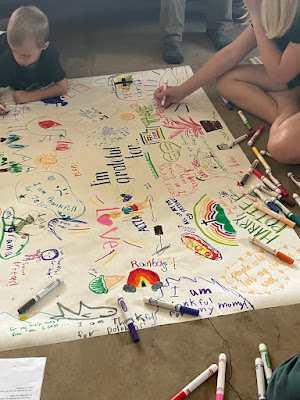 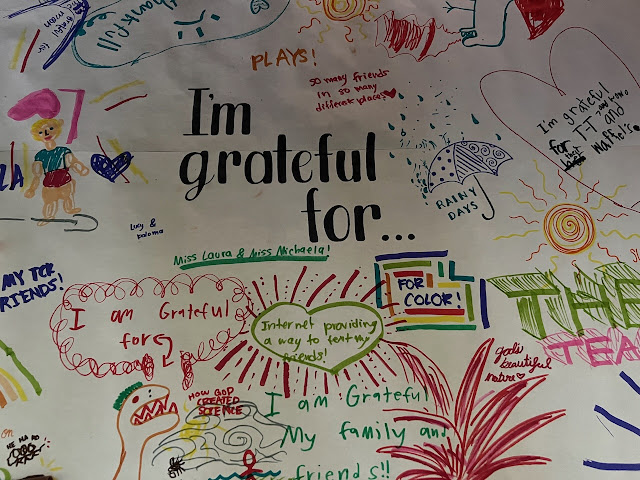 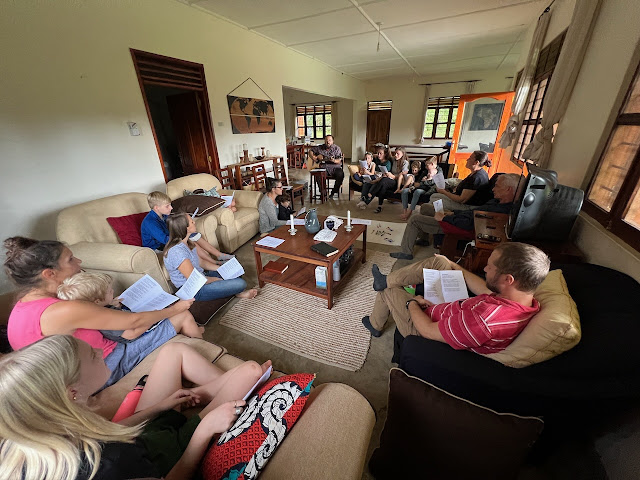 I'm thankful for my family and my team, and for surviving 2022. And thankful to be reminded, today and this week, of the truth that love is stronger than death, that good overcomes evil in the end. So let us leave you with two Thanksgivings, two older community members who had been blinded by cataracts. It's a good story because it began in the context of risk and sorrow, probably fifteen or more years ago when a young man who had been friends with our kids graduated CSB and earned a University admission and Scott was filling out what he thought was a cursory health exam form . . and discovered that this kid had rare severe glaucoma-based vision loss. Thanks to a missionary short term ophthalmologist, connections to the eye hospital in the capital, generous donors and many trips, he's had multiple surgeries and some preservation of the limited vision he still had. He struggles. But he knows how to travel to the eye hospital. So when the CSB gate guard was about to lose his job this month because he was losing his vision (being blind makes security a bit of a difficult career), Scott had the idea to send him to Kampala with this young man at his next regular follow up, to see if he could also be helped. And that seemed like a golden opportunity to send the grandmother of our next-door neighbour too, with her granddaughter to help her. The four of them arranged seats on the early morning bus, for everyone but the glaucoma-guide their first time out to the big city 8 hours away. There were complications and setbacks, uncertainties and mercies. God opened the door to both the old man and the old woman getting immediate surgery. They returned able to see. Both came to visit in the last two days to say "thank you". Her comment: that much money could have bought land, I can't believe it was spent on me, God is good. His comment: I can walk alone, I can read the Bible, I can do everything. Scott recognised they were each like the 10th leper in Jesus' story--healed, and not taking it for granted, but giving thanks. A tragedy of glaucoma nearly destroying one young man's vision, still wrong and sad. But a redemption in his suffering bringing life-changing sight to two others. 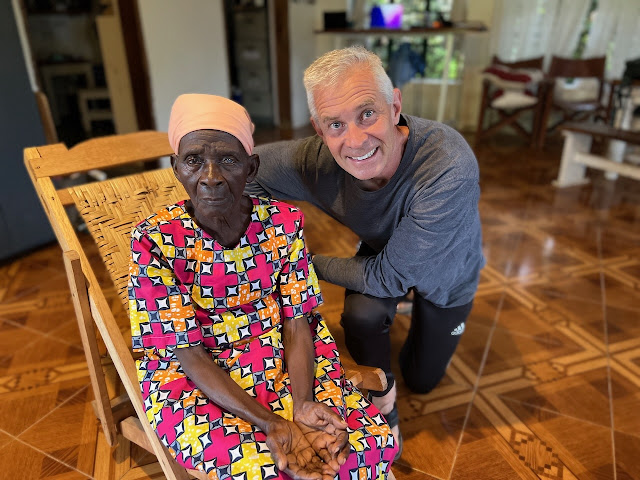 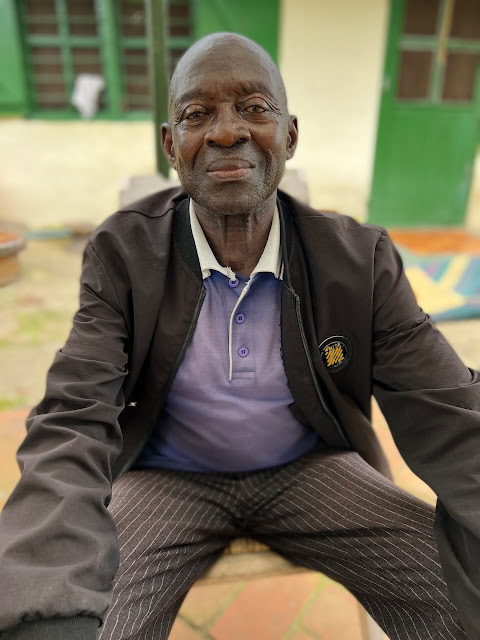 So, praying we can be like that. Having our eyes opened to the goodness of God (the song and artist from the UVA memorial for the murdered student athletes this week, a powerful statement of intentional awareness of truth on the darkest day). And celebrating with our community. And in spite of all the valley of the shadow of death, finding a table laid. Not an escape (in the presence of enemies after all) but a declaration of faith that even on the hardest bleakest paths, God brings good.

What a gift you’ve been given. Always heart softening , compassion driving truth. Thankful to know you through your sharing.