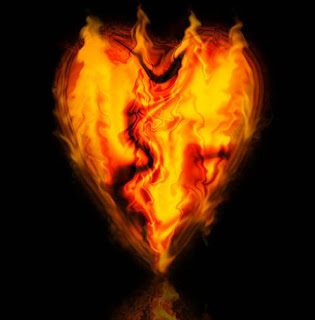 I found solace in an unexpected place, thanks to Scotticus, who bequeathed upon me a great book.
This has been a very very emotional and intense week so far, and it is only Tuesday.  Our oldest is struggling to overcome homesickness and injury, our second has been glumly lonely without him, and our third was knocked down by the non-party birthday edict.  But the real stress is our youngest, whose sadness has bowled him and us over.  He began with some very sad and tear-filled days a month or two ago, after a fever and rash, in what seemed like a post-viral depression, that resolved. But now it has returned.  He's had plenty of reasons to be pushed over the edge this year, besides the virus:  the forced inactivity of stress fracture-like orthopedic issues, being an outsider in an insular culture, going into a Ugandan secondary school as a 10 year old, saying goodbye to his neighbors the Grays and his friend Joe Bartkovich, leaving his parents abruptly in the dangerous uncertainty of the ebola epidemic, and most significantly leaving his adored oldest brother at boarding school. Not to mention the spiritual forces at work in this place.  So as we enter the Masso count-down-to-departure week, a bit of an implosion should not have been unexpected in this child who thinks deeply and feels intensely.  But the magnitude of his sorrow  . . . . none of us could have predicted.  It didn't help that Scott had to go to Kampala for much of the week, to re-stock medicine and retrieve our newly repaired truck and run a couple dozen errands.  In short, Jack has been inconsolably sad.  Hours of tears, and desperation, leaving us heartbroken and confused.
In this context I came home today from the hospital, no workers due to the national holiday (end of Ramadan), kids still in school for another hour, Scott still in Kampala for another two days.  I sat down to eat some lunch all alone, which I usually either skip or eat with Scott.  So I picked up the book I'm reading to keep me company as I ate, since it is a book about food.  I had reached the last chapter, called The Burning Heart, which begins as  an ode to baking soda and then transitions to the larger heart-ache of living in this world.
Having provided baking soda for your solace and soup for your sustenance, I press on to the last consideration of all:  the higher distress for which earth has no cure--that major, vaster burning by which the heart looks out astonished at the world and, in its loving, wakes and breaks at once. . . . For all its rooted loveliness, the wold has no continuing city here; it is an outlandish place, a foreign home, a session in via to a better version of itself--and it is our glory to see it so and thirst until Jerusalem comes home at last.  We were given our appetites, not to consume the world and forget it, but to taste its goodness and hunger to make it great.  That is the unconsolable heartburn, the lifelong disquietude of having been made in the image of God. (from The Supper of the Lamb:  A Culinary Reflection by Robert Farrar Capon, my new favorite book)
I actually read these paragraphs to Jack later, who grasped it.  This is the true cause of sadness in the midst of fellowship and learning and family and goodness:  we long for that place we can not yet grasp, we know the tears will be wiped away but not yet.  And so we live in the tension, and ache with the longing.
And so in the final pages of a cook book, the reflection that encourages me to press on in the sadness.  Capon says we must no just cut and run for cover when the bother of love itself overwhelms us.  We must fight.
Love is as strong as death.  Man was made to lead with his chin; he is worth knowing only with his guard down, his head up and his heart rampant on his sleeve. . . .playing it safe is not Divine.  We have come to the end.  I tell you simply what I believe.  Love is the widest, choicest door into the Passion.
Jack's heart burns, and mine burns for him, until we feast in the New Jerusalem.
Posted by DrsMyhre at 9:49 PM

I again read your post and weep and rejoice. This Sunday I am preaching from Rom 8:18ff about the glory to be revealed and the need to continue in the suffering of today by holding to the hope for what God has promised. Your post gives me great illustrations for my sermon (though in the past folks have commented that my attachment to the folks in Bundy is a clear indication that I should leave the 'Boro and head to Budny).

Bethany was home this week-end and so we know a little more of your struggles. Let me just say what an encouragement that you and your family are to me in the mini-struggles that I face here. Will be praying for you and all your family. My heart still longs to return to Africa, especially to Uganda and very especially to Bundibugyo.

I first read Capon's book when I was learning to cook, so I have inherited many of his cooking prejudices (no electric knife for me!), but I have also exulted in his praise for common things, and his looking forward to that city that soothes the eternal heartburn, when the Lamb lifts himself, priest and victim, and we exalt him face to face.

Jennifer, Again, thank you for your honesty and for sharing your struggles so that we can be praying for you. As I encounter my own "struggles", I try to put them in perspective...I am challenged and encouraged by your posts and your family...I want to be more of the servant of Christ that I am called to be. We are praying!!!