Myhres out of mire, onto the wall 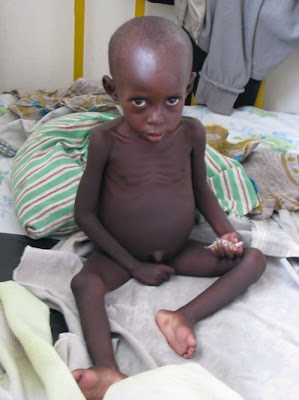 Psalm 40 echoes the verses from Micah which God put on my heart earlier in the week, was the text Heidi chose for prayer meeting on Weds, was quoted in the chapter of a Piper book we read for team meeting devotions, and then, of all the unlikely places, appeared in a secular TV show episode we happened to watch last night (24!). When one text out of thousands jumps out from four different directions, four times in a row, in four days, one should listen. So today I've ben thinking of the wall-standing image in the context of the mire beneath. Here we stand, on the solid rock of the stone wall, surrounded by evil muck. And here we call, for help from the One who set us here. We didn't climb out of the mud on our own, nor can we respond with mercy and justice unless we are delivered.

This week the stand has taken me to our two outpatient nutrition programs, where we monitor and treat moderately malnourished children using a locally produced peanut/soy/moringa paste. This is an expensive and labor-intensive proposition, but the results have been fairly good. Over the last few months some of the volunteers and health-workers involved had begun to complain, to push for more benefits for themselves, to threaten to quit, and to accuse each other. Heidi and Baguma Charles had patiently put up with this and I finally realized I had to spend the time to go hear their issues and hold the line. So I did. While it is never pleasant to have to be the tough guy, in this case the outcome was encouraging. The troublemakers were revealed and we were able to see that the nurses in each center, Robina and Babika, actually take pride in their work and want to continue. And in each place it was a good reminder to see the patient grandmothers and the skinny babies, the listless toddlers and the too-young mothers, all waiting for hope.

This week the stand has also occurred closer to home, listening and hugging and encouraging not only Jack (who is doing better but still struggles) but also several team mates. It is hard to be far from the familiar. Sometimes when our families are in crisis, it seems even harder, we wish we could be present to lend a hand to the sick or unemployed or depressed. Other times when our families rejoice, we feel left out, missing weddings and births, celebrations and changes. Saying goodbye to team mates only accentuates loneliness. And living in Bundibugyo can impact our freedom to invest in our own relationships (team and family and friends) the way we would like, always having to make hard choices about who gets our attention. I was reminded this week of a spiritual epiphany which occurred in our first or second year, when I was pregnant with Caleb, and had a pretty bleak history of miscarriage and preterm labor and hospital visits and medications that would lead one to doubt the wisdom of being pregnant in Africa. I saw that in my heart I wanted to say: because I'm a missionary now, this pregnancy should be smooth, as if God owed me a healthy baby . . . but instead I saw the path of faith had no guarantees that my family would thrive in the way I longed, but I still wanted to walk on it. Now I'm in the position of trying to stand on the wall beside my fellow team mates, testifying to the cross, but not deciding for them in just what way God calls them to bear it. Wisdom is needed. Some might miss family events. Others might miss opportunities for marriage. Others might miss opportunities for more children. Others might miss the kind of education or experiences we all want for the children we already have. These are hard, hard things, and it takes courage to stand, to not wish for a smoother higher wall further from the mire.

And this week the stand requires advocating for the voiceless. Little Daniel has wasted away before our eyes, a third of his weight lost over the last month, leaving the skeletal essentials, his weakened body unable to swallow and digest the milk we try to give. We cry out for his healing, and daily insist that the staff and his parents keep trying. The ward is packed full again, floor space only, Heidi and I process through, looking for a stand to take for a Congolese child with what will probably turn out to be a malignancy,whose bewildered mother I can not imagine navigating our national referral hospital's hostilities. Or a mother we diagnosed HIV positive today who is terrified to share the news with her husband. Or the jaundiced child whose blood we are sending to screen for hepatitis, a strain of which has spread out of control in northern Uganda. Or twins whose mother died and whose no-nonsense aunt has them sitting in unnaturally quiet cooperation during hours of rounds. One of our potential new doctors, posted but not yet paid, spent the afternoon venting on his frustrations with the corruption and apathy in the district political system, the unfulfilled promises and the financial obscurity. What to do but empathize, and point him to the mercy and justice of God?

Psalm 40 ends with the juxtaposition: the incredible and improbable truth that God "thinks upon me" . . . and yet the desperate plea "Do not delay, O my God." The testimony of mire-extraction, but the awareness of teetering upon the exposed rock, calling for help.