#COVID-19UGANDA; end of week one, the paradox of weeping and truth

It is Saturday, and the weaver birds quarrel and chatter as they bustle about their nest colony in the royal palms outside the front door. Scott is sitting outside on our patio with a policeman. Because even though we don't have COVID-19 death yet, we still have death. We are not yet on lockdown here in Uganda, though now the country reports 23 cases. No public transport, even motorcycle taxis (bodas) are not allowed to carry a passenger, no school, no churches, no gatherings, no weddings, no funerals except 10 immediate family . . . but people can move to the market on foot for food, can greet each other with a wave and conversation. So we are still meeting as a team, with some small attempt at #social_space but a bit of inevitability too. Mostly we are a lower risk group, and the harm of complete isolation in a culture far from home at a time of world upheaval has seemed more risky than sitting in a circle to study the Bible and pray. So on Thursday afternoon, we had our usual team meeting followed by outdoor pizza making.  As we were putting pizzas into the oven and gathering team, we heard a massive shattering crash sound. Twice this week major branches have fallen from our mango tree (it's an old tree, this is a fruitful season, and as the rains return there is wind). So I immediately checked to see if a kid had climbed and fallen, or been smooshed. But Scott and Marc realized it was an accident on the road and went running out the gate. I was a few feet behind after stopping inside to grab some gloves. 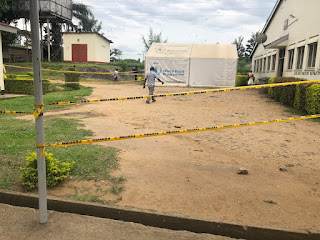 There was a motorcycle on its side, and many yards up the road, a young man lying on his back with a gathering group of onlookers. We checked his body, held his head to protect his spine, cleared his airway (thanks Kacie for running home to get a bulb sucker), protected him from being moved, assessed his neurologic status (NOT GOOD) while Marc cajoled the hospital ambulance driver into coming. There was blood, there was the eventual arrival of someone who knew his name, someone who could call for family, a wailing young wife, the police. There was the depressing reality of a hole in the back of his skull, and almost certain dangerous bleeding in his brain. There was a moment of prayer by our friend Asita who came by and we invited to intercede, loudly on her knees by the roadside, followed by a bit of hope when he seemed to start responding to us slightly. We eventually got him onto the guerney with his spine still protected, and off to the hospital. He died an hour later.

Nothing to do with the pandemic, but everything to do with the edginess of life here, being first responders to a motor vehicle fatality right smack in front of our house at a time when we are already on high alert and deep in grief. Seeing again the inadequacy of the health system. 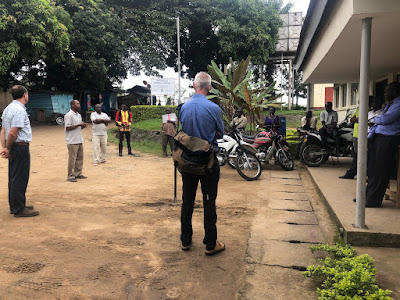 Friday morning, our hospital staff meeting was held outside, with us standing several feet apart, for better following of protocol. Two suspect patients had been admitted to the Ebola Treatment Unit, a tent set up 18 months ago in response to the Ebola epidemic boiling away less than 50 miles west of us. That had lead to general exodus. Maternity and Paeds still had half to two-thirds of beds full, but since we usually have ALL and many on the floor, it felt quite empty. I did a talk with all the patients to keep giving as accurate information as we can, to fight fear. Two young babies had lung findings and respiratory rates over 70. It is impossible to say if that is a coronavirus or some other virus. I was thankful for my mask.

And again, in the midst of all that, death came stealing. A newborn delivered at a smaller unit that morning, after 2 days of labor, limp and blue six hours later but still with a detectable heart rate. His young mom, first baby, laid him down wrapped up in the kitengi, hoping for a miracle. Scott called me to help and we did CPR together. No oxygen (!) but just bagging his little lungs and pushing his heart inside his little chest and a shot of dextrose and epinephrine got him pink and his heart back to normal. But his little brain was just as damaged as the motorcyclists I'm afraid. He was still alive on CPAP in our new NICU as I left, but taking infrequent gasping breaths. In both situations, almost no hope of recovery, but a kindness to still do SOMETHING, to put our hands on and give what care we can and minister the peace that the family did all they could. 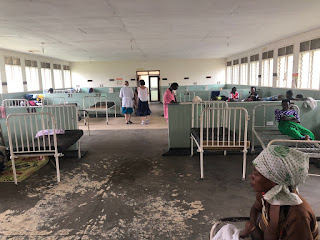 Processing life during this pandemic is a constant, exhausting challenge. With our team, we agonize over policies. We delve into scriptures about prayer. We lament losses. We share where we are, knowing the next hour could bring a new level of restriction or danger. This takes time, so on Thursday after sharing I asked us to all pray ONE WORD for the person on their right, based on their expressed need. Many of those words were peace, surrender, courage, trust, flexibility, confidence, encouragement, awareness of beauty, be smart, resist pressure. My word was paradox.

Because like Jesus approaching Lazarus' family, I find this season to be a constant holding of tension. There is a genuine need for entering into our fears, lamenting our losses, naming the sorrow. When Jesus met Mary, he wept. No words. This is an unprecedented year in human history--we have had equally deadly plagues, but not with the global connectivity to experience not only our local trauma but stories and statistics from around the world. We have had dangers, but there were always places that offered escape and safety. So the first pole of the tension is to just settle into the hard reality of just how NOT RIGHT this moment is. But the second pole, like Jesus with Martha: we also need truth. I am the resurrection and the life, He said. Death is horrible but not the final word. Weeping endures but does, eventually, end. I don't know when that will be, or how, or what the next months will look like. But we keep trying to glean truth from God's promises, and truth from the medical studies, from colleagues, from discussion.

And at any moment, I don't know who is a Mary and who is a Martha. Who needs an ear and a tear, and who needs a verse and a policy. 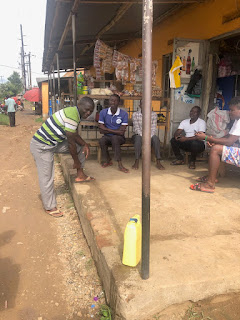 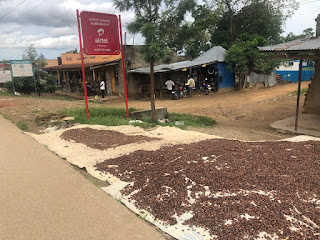 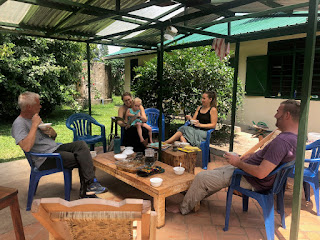 when the storms knock the mangos down before they are ripe, making mango crisp is a taste of beauty 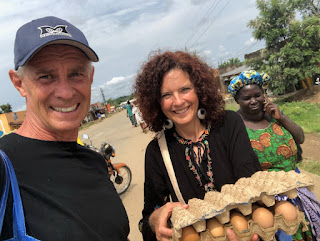 Milk and eggs from the market, walking up the road. 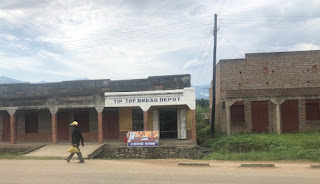 For my family in NC where evidently bread is now out of stock . . . we have bread!

Thinking of you with love and prayers. May God be with you in the coming days and bless you with his mercies. Judy in HMB