Losing and gaining, voting, and thoughts on the soul: #COVID-19 UGANDA day 214

For what profit is it to a human (greek: anthropos, one of humankind) if one gains the whole world, and loses one's own soul? Or what will a human give in exchange for one's soul (greek: psuche, breath of life)?

This was the passage I read this morning, in Matthew, Mark, and Luke. Which particularly struck me as I have seen adds and articles on opposite sides of the political spectrum urging us to vote, lest we lose the soul of America.

Ironically, the query from Jesus falls in a passage where he is speaking to his closest followers. The preceding block of narrative starts with the tragedy of his cousin John's beheading. He tries to get away to grieve in solitude, and is followed by crowds, whom he receives with compassion, teaching, healing, and feeding miraculously. This leads to a scene where Jesus demonstrates his power over the chaos of the storm, and then scenes of sparring with the religious establishment, culminating in a crucial (yes, cross-related word intended) climax of the journey towards Jerusalem where he explains to his followers that he is NOT building an empire or a religion by conquering the Romans or the Temple hierarchy, but instead he is headed towards death and intends to build a community on them. It's a lot to take in. Not only will he die, but he tells them that anyone who wants to follow him must also deny self and lift up the cross, the instrument of death.

It's a far cry from a philosophy of winning.

And yet, the promise is, that by doing so we gain our souls. 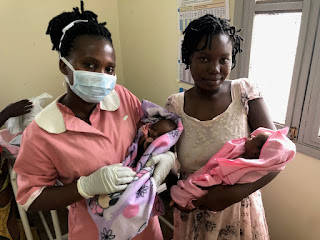 In 2020, what does it mean to get down to the core of who we are? More on this as the readings settle, but I would highly recommend The Color of Compromise by Jemar Tisby for a four-century overview of history and faith in America, which I just finished. Much of what we hear now about riots, law and order, abortion, individual rights and responsibilities, fear . . . was said 50 years ago. And before. It is informative and chilling, to read.

I think people of faith grasp that evil is afoot in our world. That is the testimony of every prophet, the experience of every person. Paul writes to us about the principalities and powers, unseen systems with demonic undertones and human complicity that justified painting this continent of Africa as a _hole to be exploited, or a dark mass of ignorance to be corrected, from slavery and colonialism to conflict minerals and debt. I don't need to list the evils afoot in 2020, but it breaks my heart nearly every day to hear that my kids in Utah are worn down by rising COVID, that an older relative died, that families can't gather safely for Thanksgiving, that we are still apart, that two of the young moms with malnourished children had not eaten anything themselves in several days until other families around them on the ward realised they had no food and shared. There is a thick heavy web of profit-at-all-cost thinking about our world from the powerful. Evil seeps into the way the world works all over the globe, both individual sins and systemic brokenness. Both-and, both abortion-as-convenience, and sub-rate gerrymandered school districts. And on and on.

The question is, what does Jesus ask us to do? 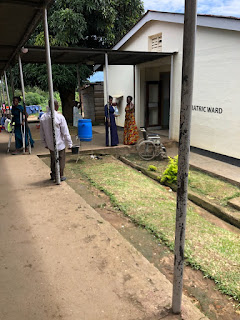 A place Jesus asks some of us to carry crosses

And the answer is, take the cross-way, the hard-way, the risky way, the suffering way. . . not because the cross and suffering are the goal, but because they lead to life.  Sure, there is the option of losing your soul and grabbing for glory, fame, honour or ease on the world's terms. But that verse harkens back to the one I call the scariest in the Bible, Psalm 106:15. People were complaining, and testing God. "And He gave them their request, but sent leanness into their soul." 2020, and every year, are times of testing. What do we want so badly that we would risk withering our soul?

It is every American's job to think about that. Some will vote one way and some another. I think this gives us a good frame for decisions. Are we voting with courage and willingness to personally pay a price that allows for the common good? Are we living in a way that only makes sense if love is the final destination of the universe? Are we refusing to be manipulated by fear or greed? As a person who is not hungry or sick, I realise that is easier for me to say than for others to say. But I do think that evil is insidious and deadly, disguised as CS Lewis wrote so eloquently as Screwtape's urgings, tapping into our own sinful me-first tendencies and augmented by millennia of clever evolution. Yet over those same millennia, countless people have raised their children, planted crops, bandaged wounds, freed prisoners, helped the lame to walk and the blind to see, liberated concentration camps and painted masterpieces. All of that takes a conscious choice about values. Choose a cross, choose life, and find your soul.

And after voting, fill out a go form for Serge. Plenty of work to do here that will fill your soul. 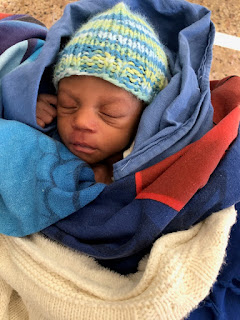 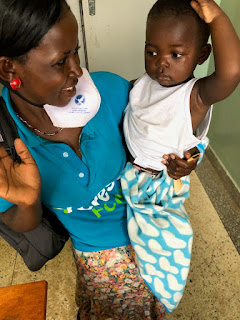 Your choices matter to these little ones