Christmas Eve has three layers that all exist in their own dimensions. First, there is the historical event of a census and a trek and a birth in Bethlehem. That story occurred in a particular culture and time. We only have a few details to build a mental image, but each year we do our best to ponder the Palestine dimension. There were shepherds in the night, and there was a real baby, in a real body, a real young woman and a real moment of swaddling the infant and resting him in a feeding trough while cleaning up. The characters had real limitations of poverty and danger. For our kids growing up, we usually read the story on Christmas Eve while gathered at our own cow's feed box, candles lit, trying to connect to this dimension. This year one of our team families suggested a "Bethlehem dinner" so we're cooking flat breads and hummus and cucumber salads and grilled chicken, things we imagine a mediterranean culture 2020 years ago enjoyed.

Then there is Christmas as a holiday, a cultural institution, a story, which has roots in the winter solstice in the Northern Hemisphere with ties to lights, to evergreens, to hope. This is the Christmas of beautiful trees and yule logs, of parties and carols and a Dickensian style. Scott's Scandinavian roots are deep and strong here, with lefsa and snowflakes and a monochromatically white dinner. This dimension has nostalgia related to one's childhood, to church musicals, to movies and gatherings. In Bundibugyo I got a Merry Christmas text this morning that included a photo of a cow's head on the grass, because this equatorial Christmas holiday culture includes striving for new clothes and a meal that includes meat . .  . which one can certainly argue are as valid as strings of LED lights or presents wrapped with bows as symbols of the Incarnation.  So the institution of Christmas varies around the world, with more or less to do with the historical reality, but still valuable as ways to bind us together through space and time with traditions we share that point to meaning. 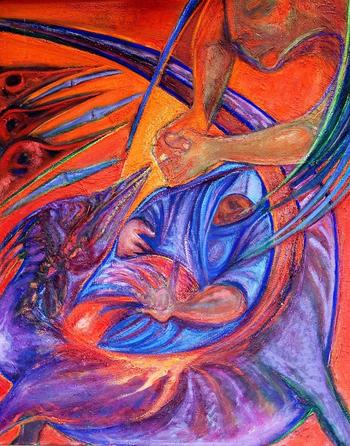 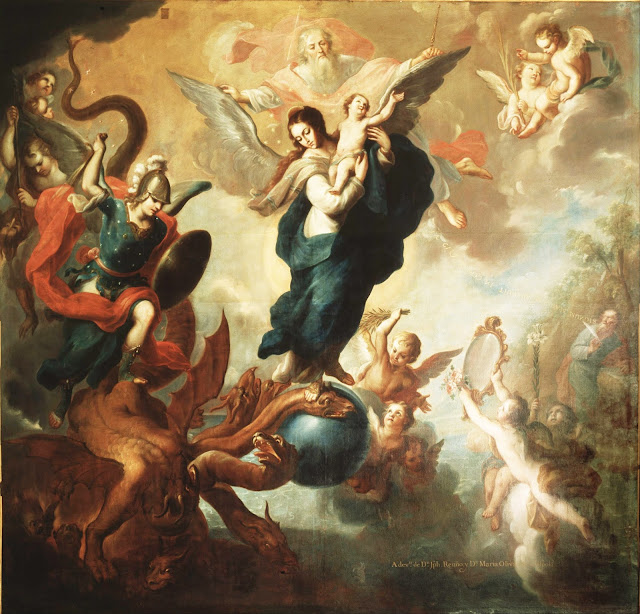 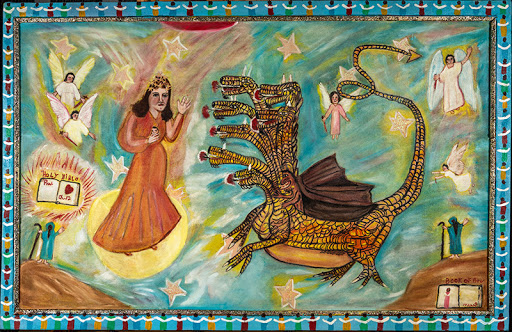 Myrice West
And then there is the dimension we cannot see, but described for us in Revelations 12. This is the spiritual reality behind the earthly events. In this story, Mary is no longer an unmarried teenager one might pass without a thought: she is clothed in sunlight, standing on the moon, wearing a garland of stars as she cries out with labor pains. Evil is no longer a hidden, implied force, but a seven-headed dragon wreaking heavenly havoc as it waits to devour the baby. The incarnational event sparks off a war where Satan is overthrown but not impotent, still chasing the woman and child, enraged. Even as a loud voice proclaims salvation, the earth has to open and swallow a flood meant to sweep the woman away. There is an ultimate victory but not yet an end to war. 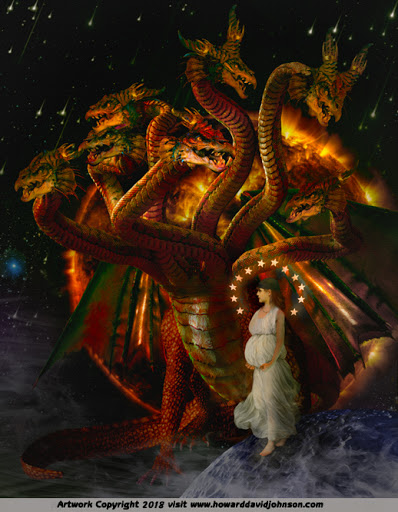 And while all three acts have poignancy and beauty it is that third one that we are clinging to in 2020.

Yesterday, there were three critically ill children on our ward with abnormal vital signs and in need of care way more intensive and sophisticated than we could give. One died in front of our eyes as we tried our best, the relatives of a second came to knock on my gate this morning to tell me he died in the night, and a nurse just informed me the other one died now.  We had to leave after 6 intense hours (which included a great decision by Scott to emergently operate and deliver a premature who was nearly dead, but could make it now) because yesterday afternoon was our final judgement in the land-grab case that has been dragging us through courts for six years. The judge read out a convoluted reasoning that basically boiled down to this: if a citizen claims property, the court is not going to find in favour of a foreign entity, no matter how shaky the evidence. And we're now not only losing 7 acres of school farm, losing the thousands of dollars invested in our own legal fees, but going to be required to pay all the years of legal costs for the people that sued us for "trespassing" for 20 years. I know on a certain level it is good for us to experience the same injustice that the whole world suffers. But. Frankly, with some heartbreaks on personal fronts, and failures left and right here, it's been a season of sorrow. Not the powerful answers to prayer we hoped for. 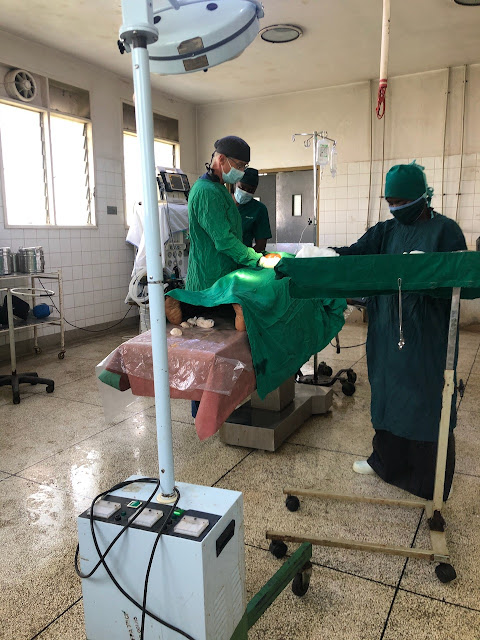 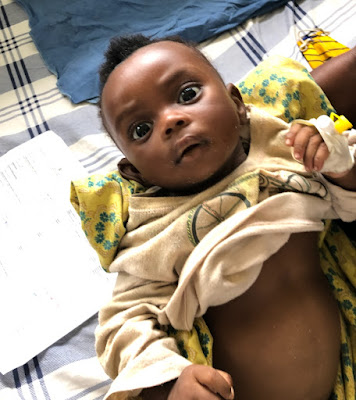 So here we are in the third dimension,  the running-from-a-dragon-flood-in-the-wilderness story of 2020. 2019 was a long battle for the soul of CSB. And that looks simple compared to 2020. Months of living on edge about decisions to plod through a worldwide respiratory pandemic in a land of very minimal oxygen and no real ICU capacity. Devastating landslides. Months of goodbyes and setbacks. Grieving with people we care about. Losing the chance to see moms, knowing that the number of those chances is quite finite. Our first Christmas without any of our kids, and our longing for them to thrive and be OK. While there are some good things that happened this year (and many of them related to the disruptions of the lock-downs), the whole world has been facing down an unseen dragon. Evil as a virus, as racism, as hate, as division, as war, as poverty has not hidden this year. It is in all our faces.

Slipped right in the middle of Rev 12, verse 11 gives us the three ways we defeat this evil (v. 11). The same three things keep coming to us in 2020, because resistance and resilience rest on them. First, the blood of the Lamb, the word that became flesh, the presence of God with us in sacrificial love. Making it through this year, which seems like it will never end, we lean on the reality of who God is, for us. Second, the collective word of testimony, the community of believers that connects to the story, that speaks truth together. And third, not loving our lives to the death, having a purpose, something big enough to make this year worth its hardships.  And as I finish this thought, the three acts of Christmas could be these same three paths to overcoming evil: act one, God in the flesh with us; act two, the communal retelling of the story; act three, the spiritual battle that imbues all the above with meaning.

Thank you for your beautiful words this Christmas. Reading them with tears in Haiti. Praying for you and for our world.