So, a little eye-witness reporting. 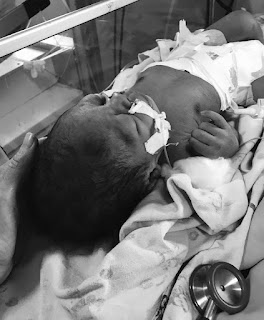 This baby's brain may never recover from the strike.  His mom came to our hospital three times last weekend, having been turned towards public care after a private clinic found her with dangerously high hypertension and bleeding (and probably not enough money) . . . but all three times she was sent away because of the strike.  The fourth time, she met the requisite standard for inevitable delivery (6 cm dilated) so she got to stay, but her labor progressed so slowly and the baby's distress was so unrecognized, that he was born in critical condition.  Because our hospital is trying to keep some minimum emergency care available, our medical director has hired some non-union temporary nurses.  But partly out of solidarity with the strikers, and their concerns, the temporary nurses still follow guidelines agreed upon to make it clear that this is not a normal situation (like not admitting anyone in labor until they are 6 cm dilated).  And partly because the funds for hiring nurses are limited and they have to cover many areas with few people, the care is not as good as normal (and normal is still very far from perfect).  I suppose the politicians are supposed to notice, but in reality the babies pay the price. And the moms.  After only two maternal deaths in the 9 months we worked from October to June . . there have been two maternal deaths THIS WEEK. 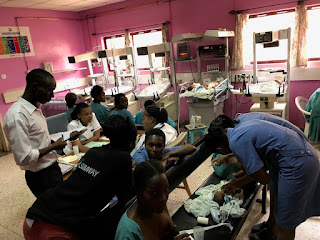 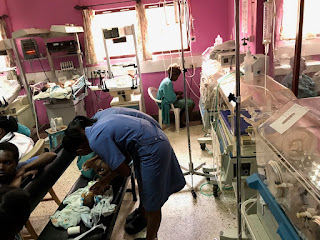 As you can see, our newborn unit still has babies, moms, student nurses.  Because in Naivasha, the private care paradoxically lags far behind this public hospital. So the sickest babies, even if born at a private clinic, find their way back.  I had one die this week who would have been born here were it not for the strike, but instead had substandard private care and arrived too late to save. 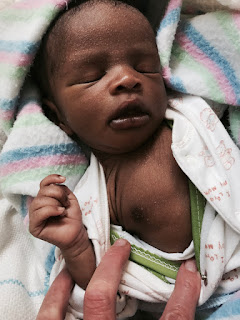 In a few months or years, who can count the cases of tetanus and measles that will spread through Kenya because the entire vaccine system has been disrupted?  Some of the private clinics are trying to make use of the otherwise-expiring public stores . . but charge 100-200 KSH (1-2 $) as a service fee for administering them.  That's a daily wage for most of our clients.  A huge barrier. 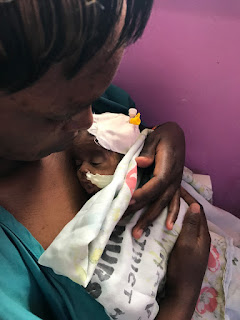 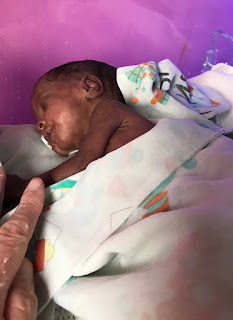 So we have our most trusted senior nurses sitting at home, frustrated, asking that the government legally sign the agreement they wrote months ago.  We have the governors saying that paying each nurse an extra $250/month will break their budget (remember the average wage here is about $60/month).  We have the central government trying to deflect any attention from this health crisis in order to focus on staying in power through the upcoming election.  We have hospital administrators trying to eke out some minimum services.  We have doctors, and those in training, trying to care for patients and learn, which is not possible without nurses on the team.  We have public health faltering in delivery of vaccines, HIV and TB drug programs, school programs, the backbone of health all run by nurses.  We have parents who agonize over the lives of their children with no ability to pay for private care.  We have half our normal load of patients, knowing that the other half aren't well, only excluded.

And most ominously, we have the psychological discouragement of a fragile system that limps along with inadequate resources.  I read a Kenyan proverb today:  Hope is the pillar of the world.  But hope is fading, and the world is shaking.  I see it in the trainees, those who sat out the doctor strike have never quite recovered, coming later, leaving earlier, demoralized and unmotivated.  Those who wanted to dedicate their lives to public service feel unseen and unheard.  Participating in a system that feels antagonistic and uncertain leaks the life out of us all.  This week a senior surgeon in our area was found dead in his home.  The strikes take a toll on mental health of providers, too.

So once again, we ask that the world not forget Kenya.  That the government work towards a solution.  That God intervene in hearts to bring real healing and peace.  That miracles continue to fill the gap between peoples' needs and available care.  That we have wisdom to walk in this murky situation, shining a little light.  Thanks for listening.