Canaries in the coal camps: on children and malnutrition and Christmas and terror

We are now day 11 post-landslide and flood. The boulders have been bulldozed off the road. Three of the four wash-over spots have now been redirected to culverts, though a roaring muddy stream still churns over broken asphalt and a steep erosion at the worst spot. Silt and mud still fills many homes, and the barren rock fields that flattened and erased many homes remain as now permanent features of the landscape. Five days ago we distributed immediate survival relief supplies to 77 families. The government has been collecting a large store of beans and tarps and other supplies to deliver soon, and Red Cross has been providing some food relief in the camps. World Vision sent a survey team. And our water engineer Josh continues to network and trouble shoot, providing solutions on the spot. Yesterday, for instance, as I drove to the hospital I noticed way too many people lugging yellow plastic Jerry cans of muddy stream water up the hill to town. As soon as I saw the medical superintendent, he confirmed, the hospital is out of water.  Josh spent the day getting a tanker truck to be filled with 8000 Litres on our mission, then delivered to the hospital tanks. 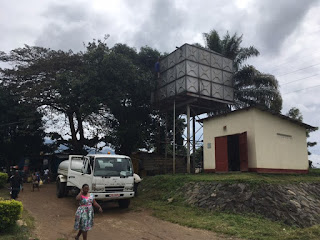 But our main focus this second week is on the frailest of those who survived the floods, the children under age 5 and the pregnant women. A few days ago, as World Vision did their quick initial assessment, we got a call: can we help any malnourished kids? Jessie met the three they had found and admitted them to our hospital inpatient program. But with estimates ranging from hundreds homeless to thousands who lost something to tens of thousands affected in some way . . . Those three we knew were just the beginning. In our WV home area’s coal mining history, canaries were used in coal mines because they are so small, their little bodies succumb to dangerous build-ups of carbon monoxide before the levels harm miners. In the same way, the youngest children (and unborn with their maximally-stressed mothers) are the fragile harbingers of larger lacks. When the economy turns down, when there are droughts or floods or wars or epidemics, the first place we see the impact is in the bodies of the babies.

So Saturday evening, we had a planning meeting to generate the impetus for large scale screening of all under-fives and pregnant women in the two gazettes camps for displaced people this week. Monday Jessie and I came home from our hospital day to meet with the team our nutrition admin Bwampu had selected, training them to take weights, lengths, and mid-upper-arm-circumferences, to read charts, to record data, to dispense medicine and supplies. Today the boxes of ORS, zinc, Vitamin A, Amoxicillin arrived and are being packaged up into 400 units. Meanwhile the women whom we have been buying soya-gnut-moringa leaf home made plumpynut from for a decade and a half (thanks to our nutrition team in the 2000’s, especially Stephanie Jilcott Pitts and Scott Ickes who helped us develop this product and the little cottage industry for women to produce it) geared up to more than triple their production this week. Tomorrow we pray all this comes together for screening the first camp, and Thursday the second. Every child will receive an emergency pack for surviving the inevitable diarrheal diseases we expect to come, but the malnourished will be enrolled to receive ongoing supplemental high-calorie-density supplements. 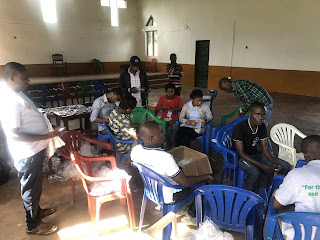 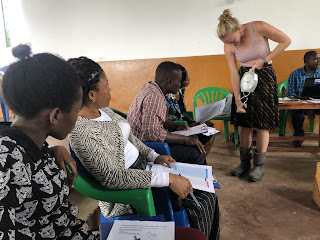 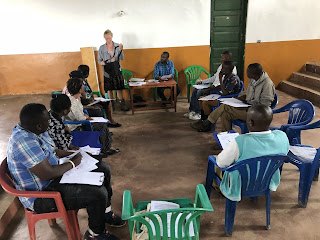 All of this is possible because of the generous outpouring to our Bundibugyo Emergency Relief Fund. We thank you. We spent 2/3 on the distribution to the families last week, and the remaining 1/3 will fund this nutrition outreach, some of the water emergency solutions, and be held in reserve to combat cholera should it appear.

So what does all this have to do with Christmas? Generosity, yes, giving gifts to people far away who cannot in any way repay mirrors God’s gift to us. Presence, yes, standing with the soggy and trodden who were literally shaken to their cores follows the Emmanuel, God-with-us, reality of Jesus coming into a cave for animals, lying in a feed trough.  But a part of the Christmas story that rarely gets much press is found in Matthew chapter 2. The coming of God to earth was relatively hidden, humble, unexpected, but also accompanied by signs of a cosmic power shift for those who knew how to look. Stars moved, rulers pondered the implications. And one of those responded with a full-scale massacre. Herod sent his soldiers into the town of Bethlehem and all its districts, searching for male babies and toddlers, and killing them. Terror and weeping arose in the wake of God coming to earth. Mary and Joseph and Jesus escaped, but in the wake of their flight to Egypt many other families were devastated.

This is a mystery, one of those times the sword pierces our own hearts too. Innocent children still die as collateral damage in the war evil rages on Jesus. Yesterday, just as we were almost finishing rounds, Dr. Isaiah disappeared and then I saw him bustling to get gloves and a syringe. He called over his shoulder that a very sick child had just come in, and he was getting samples for malaria and blood transfusion. I followed him into the ward as the parents placed what looked to me like a very limp 5 year old girl in the table. “Is she alive?” I asked, which evidently had not been the question on anyone’s mind yet. I listened for a heart beat and watched for breath and checked her pupils all at the same time . . . Nothing.  She was cold, had been dead for some time. When I tried to gently tell her mother, her mother fell on the floor in a writhing screaming cascade of intense grief. Her father began to weep and pull out his Nokia simple cell phone and make a call. She’s gone. They had come to a private clinic on Friday in town, one run by a doctor who is assigned to another health center. But he wasn’t there, he was seeing patients for money. He appropriately realized that she was in poor condition and wrote for a referral to the hospital. I don’t know if they just thought they had to pay him money to get medicine, or went home to gather supplies, or didn’t understand, but three days later they returned too late. A voice was heard in our hospital, lamentation and great weeping, Rachel weeping for her children, refusing to be comforted, because they are no more. 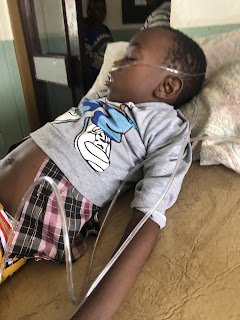 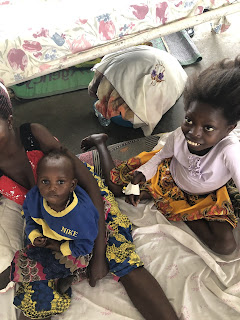 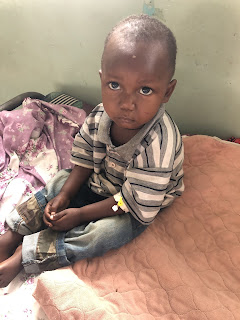 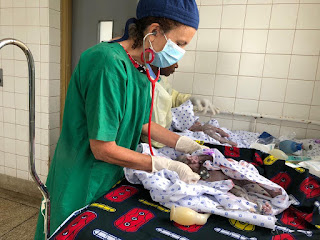 The slaughter of the innocents puts an edge of challenge to the way Christmas has been packaged as coziness and cheer. Birth is joyful, but surrounded by pain and loss. Jesus is good news, but the reason we need that good news is seen in the lengths to which powers of evil play out in the easy death of the vulnerable. A star and an angel choir led a few witnesses to the diorama of the birth, but the unseen reality was mirrored in the raging soldiers and the crucifixion earthquake: this world is being shaken. The old ways of might makes right, me-first, make us great, take care of mine . . . No longer have the upper hand.

A landslide tore through Bundibugyo. Innocent children were the majority of the dead. And in its wake, the babies and toddlers and unborn will be the ones who suffer the most. This is the world we live in, but it is not the world as it should or will be. Because of that birth there is an entire process of redemption and restoration that is spreading like yeast, growing like a mustard seed. There are a dozen young people packing medicine right now, there is an engineer from Florida hauling water. There are women pounding peanuts into a buttery paste for the hungry. There is a young man who found Jesus at Christ School who is preparing a story of hope about Noah and floods and survival and God and love to share tomorrow to people who need to hear that truth.