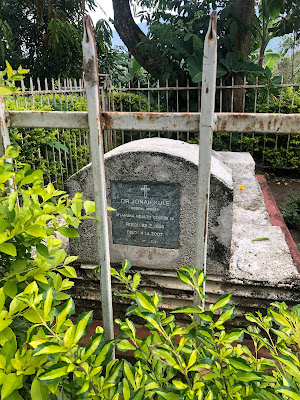 Twelve years ago today, Dr. Jonah died of Ebola in a tent set up outside Mulago hospital to isolate him from the rest of the patients. It was a dark day, one of the darkest in our lives, a bewildering and excruciating loss of a man who had become our dear friend and our colleague and our hope for the future of Bundibugyo. His body was transported back to Bundibugyo for burial on the hospital grounds, handled by strangers in full protective suits and gear while his wife Melen and daughters cried in the grass with us. Almost no one else was present, but Scott had the presence of mind to stop the burial and read some Scripture and pray. He chose John 12. Unless a grain of wheat falls into the ground and dies, it remains alone; but if it dies, it bears much fruit.  . . . 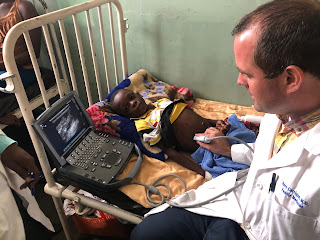 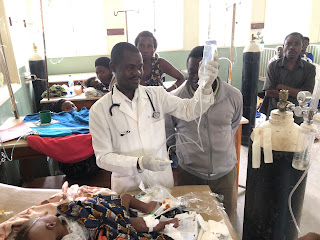 Today, Jonah and Melen and family were on my mind as I began rounds at that same hospital. As often happens, the first patient I saw was hypoxic leading to a run around to find the way to get the oxygen tanks turned on, then I was getting pulled to one after another pretty sick kids, and while seeing a 2 year old who had defaulted on TB therapy and looked terrible, a clinical officer helpfully came to find me and call attention to a boy he thought might need surgery, whom he had admitted the night before. I'm glad he did, this 7 year old was lying very still in a bed against the back wall and I am unlikely to have reached him for a couple of hours. Instead I examined him and knew the clinician was correct--he had an acute abdomen, and surgery was essential. Dr. Marc was on maternity so I asked him to come over and do a quick bedside ultrasound scan to help convince everyone of the crucial need to move quickly. As he confirmed free fluid and thickened inflamed bowel loops, Dr. Isaiah showed back up from one of the procedures we had been working on together for the first patients of the day. I asked, who can we get to do this surgery, and he immediately said, I'll do it. 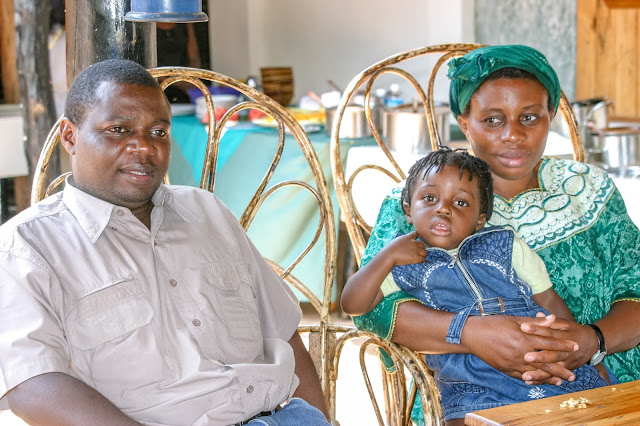 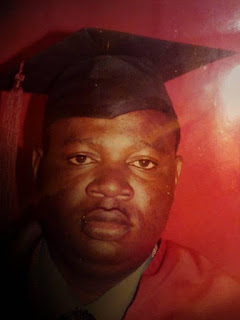 And in that moment, the answer to that John 12 prayer crystallized. Dr. Jonah's spirit of can-do, action, skill, service lives on. Isaiah was sponsored in medical school from a fund that we created after Jonah's death to send promising young doctors to university. His death meant that we lost the only person born in Bundibugyo to graduate from medical school in 30 years. But since then, we have sent 10 (7 doctors, two nurses, and a lab tech), and others from Bundibugyo have also gone to school on government sponsorships. I got tears in my eyes explaining to Dr. Isaiah and Dr. Marc the poignancy of the moment. I truly wish Dr. Jonah was still here, and no number of scholarships will ever tip a scale that makes up for his loss. But even in the pain of Ebola, we can see in Dr. Isaiah stepping forward today the evidence of redemption. What was evil and sorrowful has been transformed by becoming the door that opened for good to come.

And in all of this, walking into danger to serve others, laying down a life, opening the way for redemption, we see a picture of Jesus. Because this is Advent season, on Sunday we pulled out one of our all-time favorite Christmas books. (Only we couldn't find the book, but thanks to Julia we found a reading of it on youtube). Tolstoy re-wrote a French story about a poor Russian shoemaker named Papa Panov looking for Jesus on Christmas day, and not realizing until the end of the day that he actually saw him several times in the faces of those in need on his doorstep. If Papa Panov had been in Bundibugyo, I think he would have noted Jesus in Jonah too.

Which brings me to the final thought of this blog, the hiddenness of Jesus. In our local church on Sunday, we read from John 1. As often happens in different languages and contexts, verse 26 popped out in his sermon for me. There stands one among you whom you do not know. Jesus is here, among us, but we overlook him. He comes without power, without drama, without demanding to be noticed.  He comes as a servant, washing feet and walking roads. He comes as the prisoner, the despised one. He comes as an unremarkable infant in a humble small-town shed.

This Christmas, look around for Jesus. But don't look at the top of the heap, in the places of prominence. Look for the doctor willing to care for Ebola patients, look for the teachers persisting against the odds day after day, look for the mothers picking up the pieces of families, look for the cleaners mopping floors and the children offering to share a toy or a hug. Look for those following in footsteps of sacrifice. 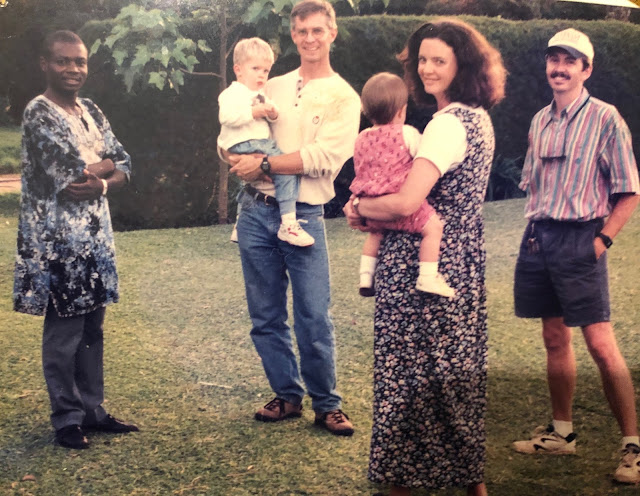 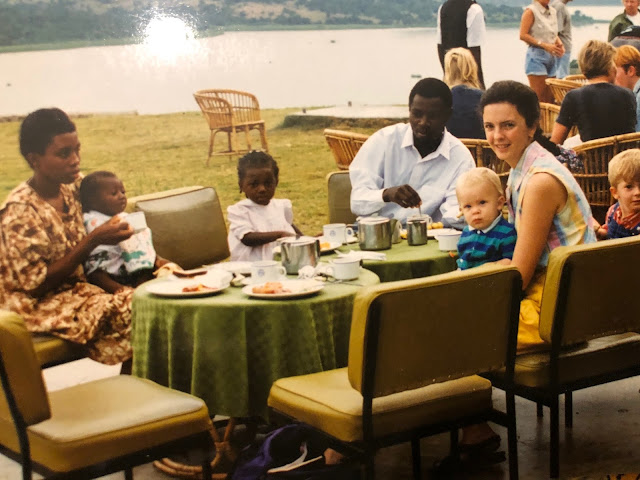 Melen holding Biira, Masika, Jonah, Jennifer holding Caleb, and Luke. This photo and the ones below are from a memorable trip we took together to Queen Elizabeth National Park in 1995. 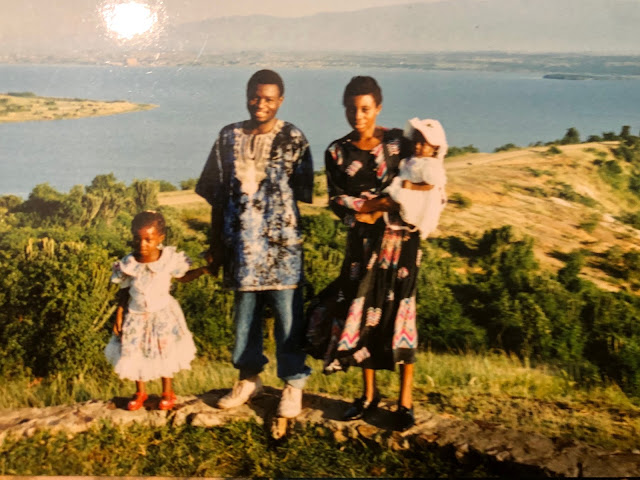 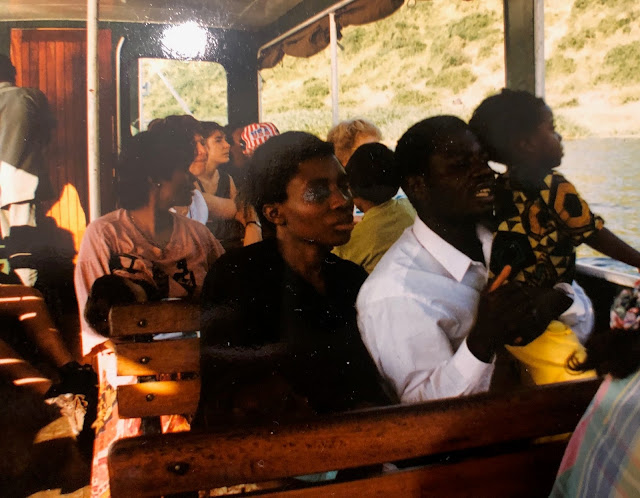 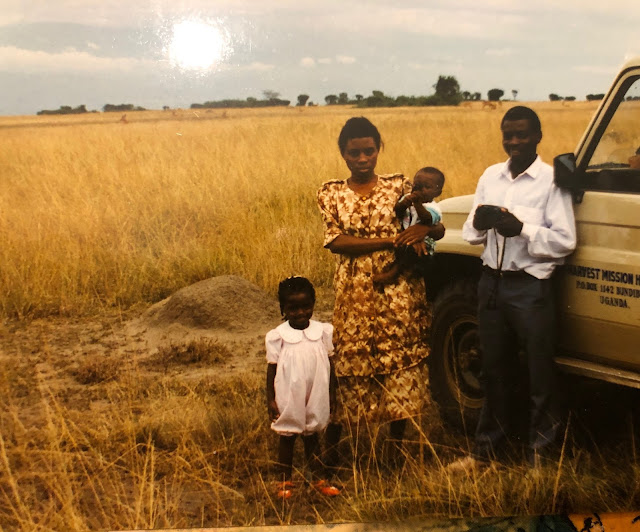 Let us meet in Heaven, just like this, the savannah and the sun and the camaraderie.

*The Kule Leadership Fund still supports a couple of the young doctors with living stipends during internship, and one nursing student yet-to-graduate. Year-end donations welcome to carry on the legacy.