'Tis the Season of Beautiful Sorrow

Six years ago today Scott, Scott Will, and I were sitting at our table in Bundibugyo. The rest of the team had evacuated to Kampala a few days earlier, after the Ebola epidemic broke out, but we three stayed having already been exposed, to work.  It was night, and my phone rang.  I went out under the bougainvillea on the side porch to get better reception because I couldn't believe the message.  Dr. Jonah had died.  A tragic and sorrowful day in the history of Bundibugyo, and in our lives.  Today I was sitting in the NICU at Kijabe when my phone rang.  Melen and her daughter Biira were visiting Jonah's grave at Bundibugyo Hospital, and called me from there.  The years have softened the deep ache of that night, the disbelief, the shock, the heart-rending numbing wonder of what God was doing.  The years have shown us some redemption as a half dozen young people are following in Dr. Jonah's footsteps, the seed in the ground is now beginning to bear fruit.  But we still miss him, and no amount of redemption in this life completely erases the truth of that loss.  So for us, the season of Advent always begins with that beautiful sorrow, the mourning of a life laid down for the Kingdom, the longing for the no-more-tears of a New Heavens and a New Earth. 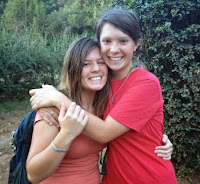 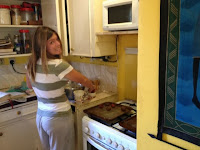 December is also a season of goodbyes and transitions.  Once again many of our colleagues are taking their annual leaves, migrating back to families upcountry or overseas.  School is out for the next month; Acacia baked her last batch of cookies (our first batch of Christmas baking) before her departure yesterday to spend Christmas with her family.  No decorations up in our house yet, though.  Just trying to survive. 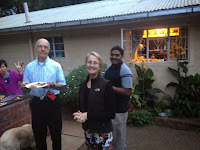 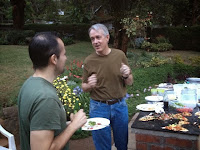 With all the goodbyes, I am particularly thankful for the visitors who have come to fill the gaps.  Tonight we celebrated their kindness with some pizza. Drs. Keith and Lesley (left) are helping on Paeds, Dr. Sagar (left) in ortho, and Drs. Bruce and Rick (right) in medicine.

'Tis a season of beauty in all the sorrows, and a hospital is a privileged place to spend Advent.  One of the devotions this week pointed to the God of the IMPOSSIBLE who brought a baby into a virgin womb, who redeems the world through suffering and glory.  Here is a tribute to some impossibles.  First, Pauline and her twin girls Malin and Erin.  They were 27-week twins, and it seemed to take forever for them to get off oxygen and be big enough for discharge.  But here they are today after a half a week at home, with mom transformed by civilian clothes and a huge smile: 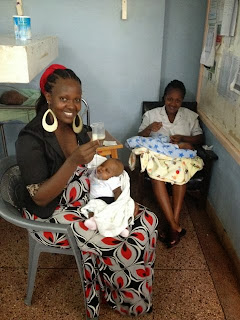 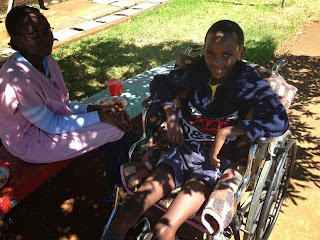 Or dear Patrick, now improving with increments of strength and tone nearly every day, sweet and hopeful.  I remember his tears when he couldn't breathe or move, and so I delight in his smile now: 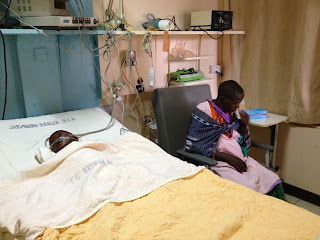 The aptly named Emmanuel is still battling those odds of impossibility, waiting for his miracle.  Pray for him.  He arrived last week jaundiced and vomiting with a severe hepatitis and failing liver.  While getting a CT in Nairobi he "complicated" and was rushed to nearby Kenyatta National Hospital in coma.  Overnight his parents watched other children die, and by morning they decided to escape by taxi, trailing his disconnected oxygen and holding his IV bag.  I moved him up to our ICU today with a heavy heart.  A few hours later, I was examining him and called his name, and his eyelids fluttered open.  His pregnant mother burst into tears at this little sign of hope.  Emmanuel, God with Us, needs God to show up tangibly and heal him.

And I may be in trouble for posting this photo, but this dear patient is closer to my heart than all the others combined and caused a fair amount of tears and angst this week.  My nephew Micah was admitted to the ICU in NC with a severe asthma exacerbation and respiratory infection.  We had all hoped he had outgrown this after some scary episodes as a baby.  I think for many missionaries, it is very very hard to miss supporting family in crisis because we are many thousands of miles away.  I'm thankful for cell phones.  But it's just not quite the same.  Micah has a precious gift of loving others, spontaneity, joy, a mean basketball shot and a passion for bacon and videos.  I'm so relieved he is well enough to be discharged today.  A season of cough and danger, and of healing. 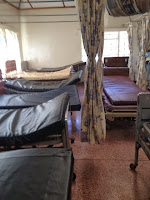 OK a few more signs of the season.  Inexplicably, the maternity ward had EMPTY beds this week.  This does not usually happen.  My only explanation is that 9 months ago Kenya was in the throes of election anxiety, anticipating chaos, people traveling back to home areas, and, who would have thought, taking a pause on baby-making?? 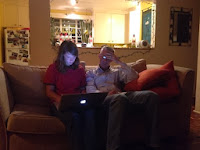 And the season of college apps draws to a close as Julia submitted her final one tonight.  Prayers appreciated for her on Saturday as she takes the SAT one more time, quite late due to a clerical error which invalidated her registration earlier this Fall. 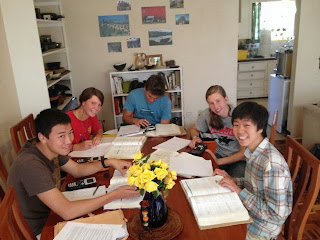 Advent at RVA means AP study.  RVA runs on a year round schedule which goes from early September to mid-July.  So when AP's roll around in May, RVA students have had two months of vacation that most schools have not.  Hence the habit of teachers to assign large loads of independent work over those two holidays.  Here are the station kids in BC Calc working on their problem sets together at our house.

This is our December of beautiful sorrows, mourning, hope, remembering, working, hosting, studying.  Waiting.  Trusting that love will break through.  And I truly do hope that we will get out Christmas decorations soon!